The original sang’gres of Encantadia are reuniting after 14 years!

THIS IS NOT A DRILL. Our favorite sang’gres of Encantadia are reuniting in a film for the first time in 14 years and WE. CAN’T. WAIT. FOR. IT.

Even if it’s reminiscent of the Encantadia universe, what’s exciting about this new film is the thrilling spin added to what seems like an overused narrative. And by that we mean…

In MYSTIFIED, the country’s favorite on-screen enchantresses, Iza Calzado, Karylle, Sunshine Dizon, and Dianna Zubiri, play the role of friends who, somewhere along their peaceful life as sorceresses, are sent to the human world to protect it from a looming danger. The major hiccup though—they’re stripped off of their powers during their stay on earth. Yikes.

But honestly? Look at those moves.

We’re really curious how this one will go down so we’re bookmarking the release of the film’s full trailer, which is next month, and of course, its much-awaited premiere on iflix Philippines in March!

Even though it’s the first-ever original film of iflix Philippines, this might just be one of the most iconic reunions to happen in the local entertainment industry this year.

Oh, and have we mentioned? It’s not just the four sang’gres who are onboard this project, but also the director of the original Encantadia series, Mark V. Reyes! We heard they had an emotional first day of shoot after reuniting on set again after sooooo many years; now this is definitely something to look forward to. 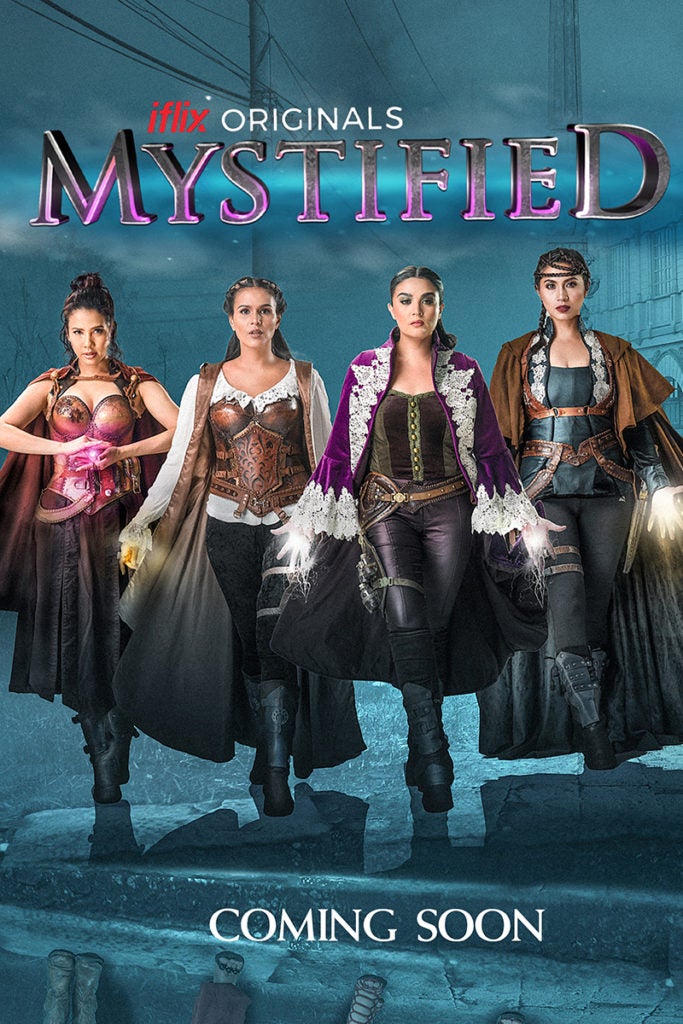 iflix
Iflix Movie
Iflix Originals
MYSTIFIED
The original sang’gres of Encantadia are reuniting after 14 years!
INQPOP! Stories we think you might also like: