The essence of human rights ensures that compassion, respect, and understanding will always prevail in the end. Regardless of the country you come from, the religion you believe in, and the sexual orientation you stand behind  – these rights protect everyone from abuse and violence.

However, issues about gender inequality continue to be a pressing issue around the world. There is a huge contention that the word “equality” is not the proper word to use. Because both genders, male and female, supposedly have meaningful differences in various approaches.

But how relevant is gender in the complex system we live in?

Equal treatment or special treatment? This question continuously arises because there are some people, especially women, who support equality yet demand special exceptions.

An advocate for women’s rights is commonly identified as a feminist – but there’s a lot of misunderstanding about this concept.

First of all, feminism is not about man-hating, rather it’s about being considered as an equal and respecting others regardless of their sexual orientation. It should also be considered that every individual differs in perspective – so, what’s good for you might be unfavorable for others.

And last January 15, Facebook user Jom Fulgencio posted his sentiment on how men deal with women, who use social media to retaliate on guys who don’t offer up their seats in public transport.

As of this writing, Fulgencio’s post garnered more than 52,000 reactions and 14,000 shares. He said that his post is about the undying issue on gender equality.

(Given the LRT incident, maybe, the girl didn’t know that I’m disabled which is why she looked mad at me and even whispered, ‘I’ll post this.’)

Fulgencio explained that he suffered from a full tear Anterior Cruciate Ligament (ACL) Injury in his left knee. 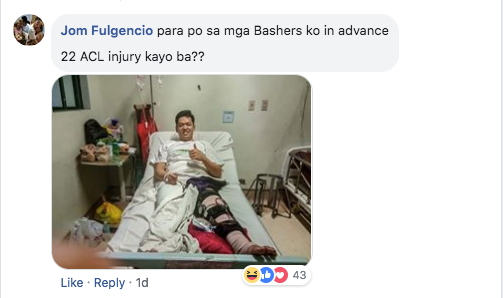 Last December 2018, another incident of sexual harassment happened to a girl while riding a bus. She bravely recorded the whole scene, wherein the man touches her arm using his private part.

Hence, gender equality recognizes that both sexes deal with a lot of difficulties with social protection, discrimination, and, harassment.

The death of chivalry in the modern day

The ‘chivalry culture’ means showing gallantry towards women. But in this modern society, you might rarely see guys pull out chairs for girls or hold doors for them.

These chivalrous acts are not some sort of obligation or an implication that women aren’t capable to do things by themselves. It all boils down to the idea of being polite and having good manners.

On the other hand, Fox News reports that chivalry, “reinforces this idea that women need to be helped or saved by a stronger man. And it takes away a woman’s agency.” This eventually led to the assumption that it is women who killed chivalry through feminism.

Yes, feminism has changed outdated views like the belief that women are nothing more than just possessions – that they have no rights to vote, own property, and even go to work. But female emancipation only fights for basic human rights against the patriarchal culture, especially since many women still continue to be a target for violence. That’s why feminism is about building a world with courtesy and not harassment or assault.

British actress and Goodwill Ambassador for U.N. Women, Emma Watson is one of the famous women who actively support feminism. Other advocates include Lady Gaga, Shailene Woodley, Jennifer Lawrence, Taylor Swift, Katy Perry, and Kelly Clarkson, although  some of them do not necessarily identify themselves as “feminists.”

According to Watson’s UN speech on gender equality, “if you still hate the word, it is not the word that is important. It’s the idea and the ambition behind it, because not all women have received the same rights I have. In fact, statistically, very few have.”

These two issues coincide with one another and show how society, as a whole, still has a long way to go in terms of respect and equality. In truth, there are far more important things that people should focus on rather than pointing out each others’ differences. It is our responsibility to secure equal treatment. If all of us know how to hunt for answers and inquire further, then these two pressing concerns can finally result into a place where everyone is treated with equal value.

We found the perfect book for your future feminist children