Confused about opposing views on Martial Law? What does the learning sciences say about it?

Millennials are often the target historical revisionists not only because they have the numbers to boost the campaign of a politician, but also because they are easily swayed by the information they see or hear from the media; they can easily influence each another, too, through the power of social media. For example, on the issue whether martial law is the ‘golden era’ of the Philippines or not, millennials are often confused mainly because they did not live during that period and perhaps their history subjects did not help much to let them understand an important event in the history of our country that they need to take a stance on. However, I am no historian or political analyst to talk about what is factual or otherwise about all the opposing views we see or hear from television, social media and the like. I am here to talk about what we can benefit from all the binary and dichotomous information about martial law from the perspective of the learning sciences. Learning sciences uses theories from cognitive, cultural, and social psychology to understand the complex processes by which a person learns or unlearns information. 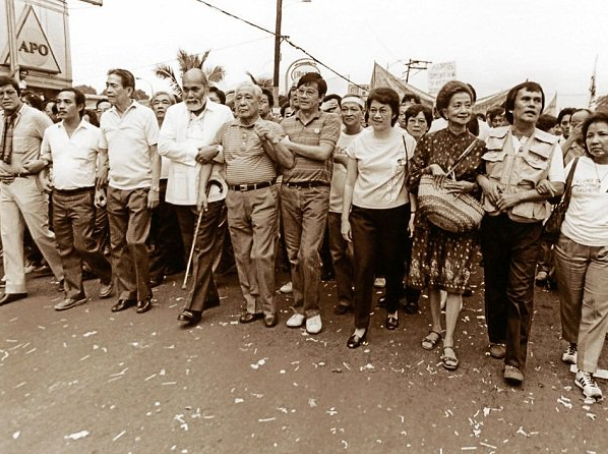 On the eve of the 46th anniversary of the declaration of martial law in the Philippines, Ferdinand “Bongbong” Marcos Jr, the namesake of the former dictator Ferdinand Marcos, and Juan Ponce Enrile, the minister of defence during the time of martial law, released the first part of the video titled “Enrile: A Witness to History” to, as they claim it, ‘correct distortions’ about martial law. Looking at my Facebook newsfeed and other social media outlets, it is apparent that this video caused polarisation and confusion among netizens because it led them to post opposing views about it. One can say that a large section of the posts was from people with a definite stance on those times and their contribution to the Philippine society. However, a number of them were perhaps from younger people or millennials who were confused. For instance:

“Wasn’t it that Enrile was part of the coup that planned to oust Marcos? Why would you even trust a balimbing [fickle]?”

“History is written by the winners – and bitter losers will always try to rewrite it with their own lies.”

“History is written by the victors is a lazy argument”

Confusion can be beneficial to learning

Have you also been confused with all the opposing information presented in the media? Don’t worry because that can be good for your brain. Confusion is triggered whenever we try to bridge the gap between what we know (or believe) with a contradictory incoming information. Confusion is always accompanied by cognitive dissequilibrium. Cognitive dissequilibrium occurs when there are inconsistencies between our prior knowledge and the information being presented to us. This event will eventually make us re-examine the information that we think we know in order to reduce the feeling of discomfort brought about by the dissequilibrium. Confusion plays a vital role on how we acquire new knowledge as well as in disproving fallacies such as fake news. However, if confusion is not sufficiently addressed, it can be boring or frustrating – making it unproductive. Hence, the goal is to resolve confusion immediately. But in this era of post truth and fake news, how do we verify whether the information being presented in the media is true or otherwise? The source of information is very important in resolving confusion; credible academic journals, books, and websites among others will help us resolve our confusion.  I further take the stance that everything we know is from a point of view and for a purpose. We need to read critically which includes to know who the writer is and who the source is; what is their purpose in writing (was it for propaganda or information?) and what is their style (was it derogatorily or rationale?).

Being confused has always been viewed as negative as it is popularly believed to be a manifestation that we don’t understand something. However, our research and that of others suggests that it can be beneficial when it is recognised and resolved immediately; the key is to admit that we are confused. But how do we admit that we are confused if we can’t even recognise it? Then, our metaconceptual awareness might be low, that is, our understanding of the issue is not sufficient for us to even critique that the information being presented to us is not congruent with our prior knowledge; hence, we will just accept it as factual and absolute truth. Metaconceptual awareness is an important domain of self-regulation. A self-regulated individual think independently and critically to evaluate an incoming information; thus, they easily recognise a potential discrepancy between their prior knowledge and the information being presented to them. How do we improve our metaconceptual awareness then? Read critically and evaluate information before accepting it. Sharing what we have read and asking the opinion of our peers or someone more knowledgeable about the issue would also help challenge our mind before accepting something as factual. So, we should not be afraid to take a stand on an issue (e.g. martial law); it is a sign that we have increased awareness on our own personal belief. However, we should not also take it personally if our belief is challenged by our peers because information can undergo validation; hence, our truth value should be subject to change.

At this day and age, I guess even the source of information will test our metaconceptual awareness due to the proliferation of distorted information and fake news; so we really need to be extra careful in selecting sources of information.

Next time you feel confused on a certain issue, worry not because it can be a good thing and that you are on the right path.