If you have been following the adventures of Spongebob SquarePants ever since it was released on May 1, 1999, then you’re already familiar with the never-ending rivalry between the Krusty Krab and the Chum Bucket.

The Krusty Krab— which is Spongebob Squarepants’s place of employment and home of the delicious ‘Krabby Patty’ dish —is founded by Eugene H. Krabs. While right across the street is the Chum Bucket, a restaurant that is owned by Mr. Krab’s nemesis, Sheldon Plankton. 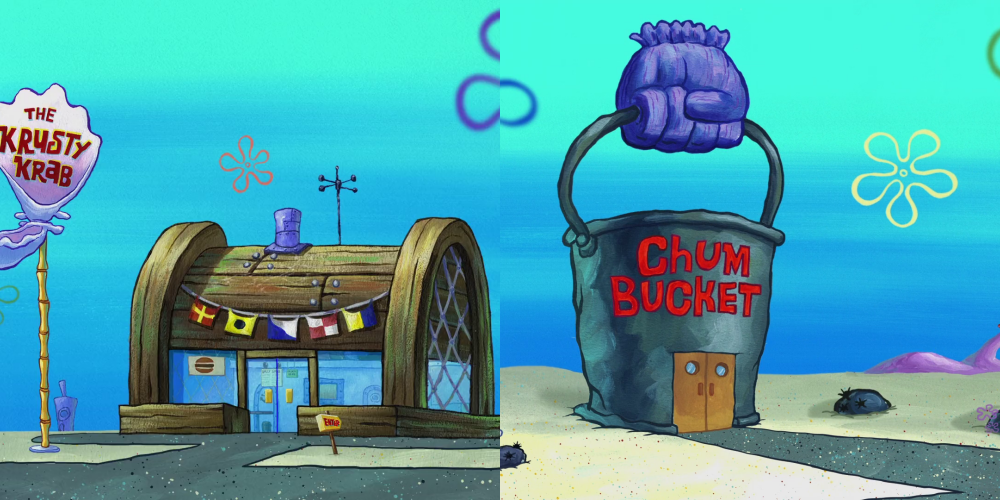 The tension between the two food business owners has long been known in the series. Although Krusty Krab offers different fast food meals at completely “unreasonable” prices, customers still visit the dining restaurant because of its very famous Krabby Patty burgers.

Due to Mr. Krab’s success, Plankton has come up with evil plans just to acquire—by whatever means—Krabby Patty’s secret recipe. With the help of his supercomputer wife, Karen, they both have resorted to different strategies like sending Mr. Krabs’ threats or tricking poor Spongebob into a fake friendship.

However, none of his diabolical attempts have ever succeeded.

Even to this day, a lot of us are still curious about the secret formula. There’s even a fan theory claiming that Mr. Krabs is a cannibal and he’s using other crabs as one of the main ingredients to make the burgers. But if you google it again, you will stumble upon a list of ingredients that includes a “pinch of King Neptune’s Poseidon powder.” 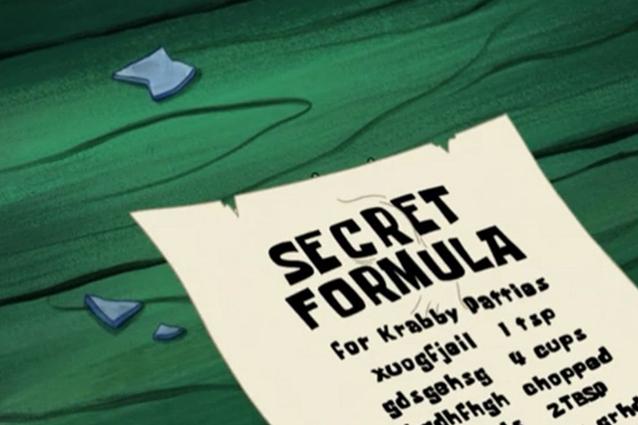 Now you might be wondering what “a pinch of King Neptune’s Poseidon powder” actually means? In an article published by LADBible, Poseidon’s powder is actually…cocaine!

Mr Krabs was the main guy in charge of the drug dealing, that’s why he wasn’t playing around with his money pic.twitter.com/UI8K60ZpK7

Squid is a worker who’s stuck in the business, depressed cus he can’t get out and he’s stuck in this life. Plus in episodes he shows withdrawals (that’s why he was so paranoid that one ep) and he relapses and chomps on them patties to get his high. pic.twitter.com/LQ0ddtEFis

Thats why Miss Gristlepuss wanted to ban Krabby Patties! When they started selling them illegally inside spongebobs house,they got raided. pic.twitter.com/KAl8NxvYsh

Spongebob SquarePants has surely entertained us in a lot of ways. And whatever the main ingredient is, we think it’s best to just keep it as a “secret.”
____

Apparently, Krabby Patty’s secret formula is a “secret” for the most disturbing reason