When it comes to honesty, Filipinos are somewhere between the spectrum of being extremely honest and dishonest. But there is no way to gauge one’s honesty and integrity – unless we do a social experiment about it.

In 2005, the investigative docudrama show, Imbestigador, conducted a social experiment to see if Filipinos can still be honest even when no one is watching. Hosted by Mike Enriquez, this 45-minute episode was divided into 2 parts.

The first one was about an asset who intentionally dropped her wallet to test if someone would return it. The said experiment was done in various places like in schools, churches, and depressed areas—where theft is more rampant. Surprisingly, out of 80 respondents, 65 people returned the wallet while 15 of them decided to keep it for themselves.

The second part of the experiment happened in an honesty store in Ivana, Batanes. According to the vendor, they never had a problem with their customers as they had always been honest with their payments and change.

While some viewers agreed that the display of honesty was commendable, there are still Filipinos who can’t keep their hands to themselves. 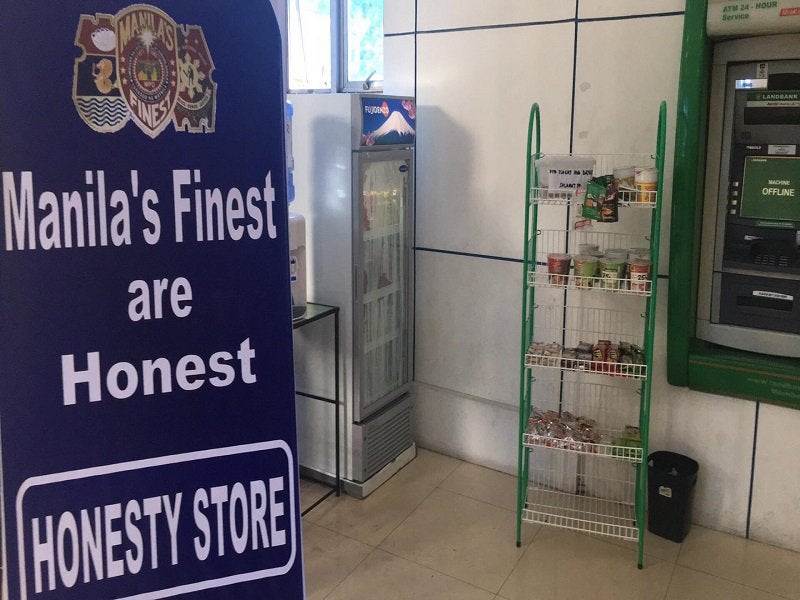 In an attempt to test everyone’s honesty, the Manila Police District (MPD) launched their very first “honesty store” in the Philippine National Police (PNP) last year. The store, considered to be the first of its kind, sells basic food items that we normally see in a typical neighborhood sundry store like canned food, soda, instant noodles, and whatnots.

Just like the honesty store in Ivana, Batanes, the food items and other everyday essentials are left unattended. Even though no one is looking, customers who frequent the store are expected to deposit their payment and get their change in a plastic box placed on top of the food shelf.

However, after 6 months of operation, MPD Finest Brotherhood Cooperative general manager Ester Tan decided to close the store over the weekend. Tan disclosed that ever since they started operating in June, they have already lost a hefty amount of money.

We have heard stories, studies and even reports showing that honesty among Filipinos is still apparent. However, the success of the past social experiment doesn’t always guarantee the same outcome in today’s society. With the neverending poverty, corruption, and crisis, it’s sad to see Filipinos resorting to desperate measures just to make both ends meet.