MOMOLAND is a nine (9) member girl group from South Korea formed under MLD Entertainment through the 2016 reality show – Finding Momoland. The members are composed of Ahin, Daisy, Hyebin, Jane,JooE, Nancy, Nayun, Taeha, and Yeonwoo. Their single “Bboom Bboom” became a viral dance hit in the Philippines with local celebrities and personalities dancing and performing the song on TV and on social media. Since then, Momoland has been widely received in the Philippines.

The group is set to return to the Philippines this January 25, 2019 at the Smart Araneta Coliseum where fans can get up close and personal with the group. Tickets will be available starting December 16, 2018 at all Ticketnet outlets and Ticketnet Online. 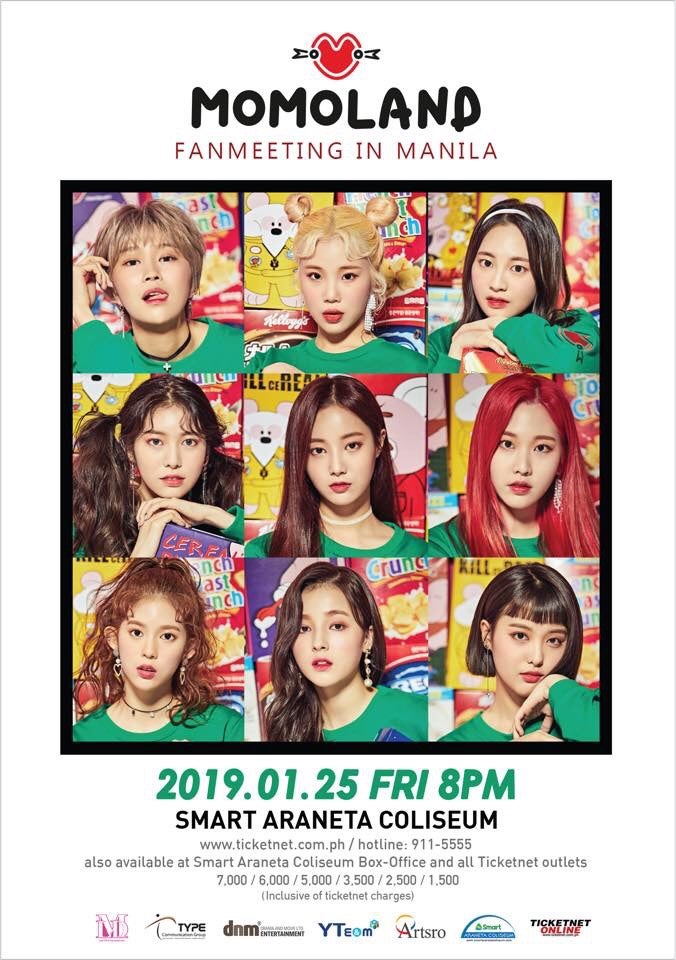 Tickets will be available to fans at the pre-selling event on December 15, 2018 at the Ali Mall Activity Area.

Momoland is set to have an exclusive press conference and promotional activities on December 10, 2018.

Momoland Fanmeeting in Manila is brought to you by DnM Entertainment, YT E&M, and Artsro.

For more new and updates about MOMOLAND Fan Meeting in Manila, follow DnM Entertainment on: