Netflix’s new coming-of-age comedy/drama, Sex Education, will be launching worldwide with eight, one-hour episodes on January 11, 2019. The series is a modern portrayal of sexual and romantic experiences, friendships and contemporary young adult life… and you’ll relive high school memories along the way.

Get to know the characters of Sex Education in these first-look images: 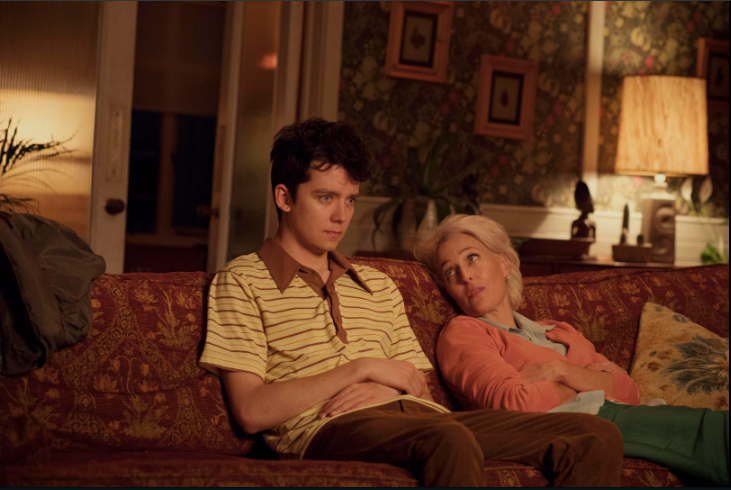 Jean Milburn is funny, observant and always larger than life. She is fiercely independent and has no filter when it comes to interrogating people about their personal lives, which makes her a brilliant sex therapist. She lives at home with her only son, Otis. She and her ex-husband Remi, another sex therapist, have little to do with each other unless it involves Otis’s welfare. Early on, she made a decision to never shield Otis from anything and to always speak to him like an adult. As Otis has got older and more sexually repressed, she worries that some of these parenting decisions may have backfired.

Otis is the only child of two sex therapists, Jean and Remi. Now his parents are divorced, he lives with Jean and has grown up listening to her home-office therapy sessions through cracks in his floorboards. This overexposure, combined with the early trauma of walking in on his dad, Remi, cheating on Jean with a therapy client, have given Otis a phobia of his own sexuality. Blessed with the gift of intuitive sexual understanding; cursed with the inability to do anything about it. His incredible breadth of knowledge about human sexuality is both his super-power and his kryptonite. Then Otis comes to the attention of Maeve, who changes his outlook on sex forever. 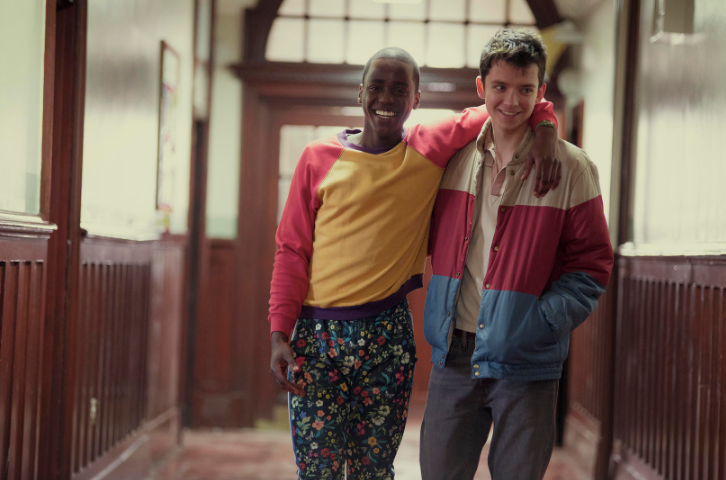 Eric is Otis’s best friend, and they tell each other everything. A motor-mouth who is comfortably gay and out of the closet, but notoriously lame. At home, Eric has five sisters and strict, religious parents. His father has accepted that Eric is gay, but worries about the world Eric is growing up in. 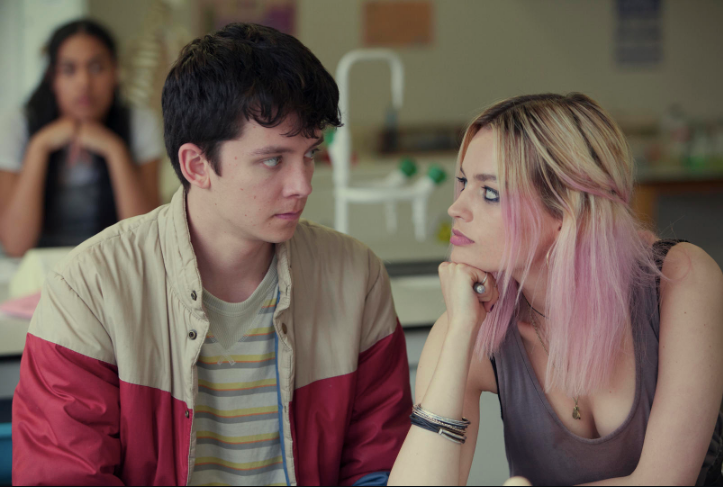 Maeve is the scary, bad-girl in school. Her outward persona disguises a whip-smart intellect and a wicked sense of humour that she reserves only for those closest to her. Maeve lives alone in a caravan she can barely afford; she has to think of ingenious ways to pay the bills, including running an essay-writing business and inventing the sex clinic with Otis. Maeve doesn’t know her dad and her mum is an addict. Her dream is to get a scholarship to a good university, but everything is working against her achieving this. 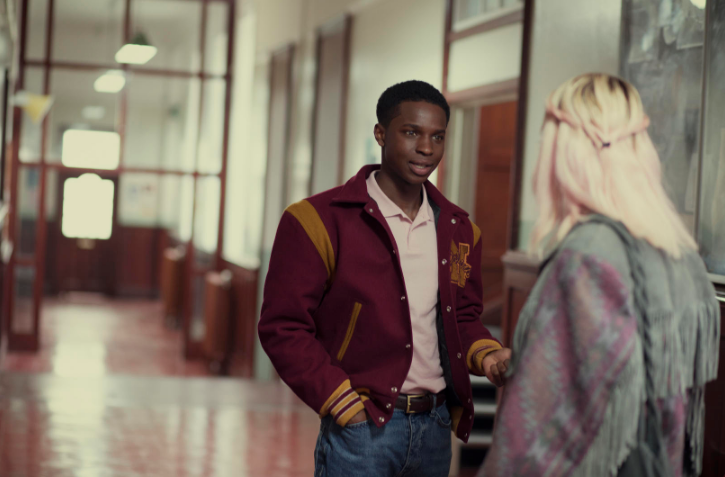 Jackson has never failed at anything in his life. He’s popular, crazy-hot and a future Olympic swimmingchampion. He is the child of same-sex parents. He is under increasing pressure to give up his social life to maintain his burgeoning swimming career. Where Otis is capable of connecting with Maeve on an emotional level but cannot give her sex, Jackson and Maeve have great sex but he cannot give her the intimacy she needs. 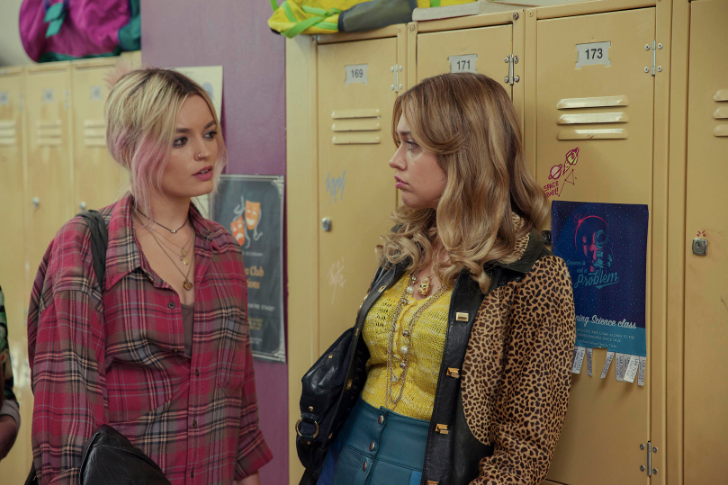 Aimee is part of cool clan “The Untouchables” (although they don’t treat her very well) and girlfriend to Adam (although she finds him embarrassing). She’s usually the one that has to carry the other popular girls’ bags, pay for their drinks and make sure they get home safely after a party. She is also secretly best friends with Maeve, but don’t tell The Untouchables. She is a people pleaser with a heart of gold, who just wants to get through school unscathed. 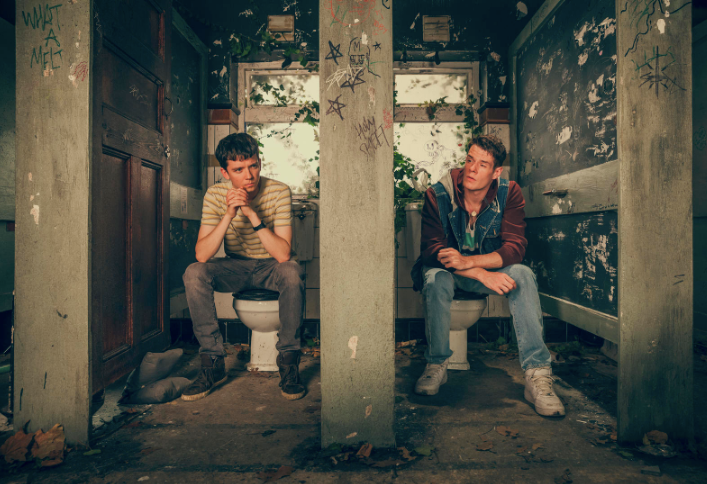 Adam is the school bad-boy with a rage problem. Adam’s father is the school Headmaster, Mr Groff, who frequently threatens to send his son to military school. Adam has been bullying Eric ever since they started secondary school, and despite Eric’s hopes that their relationship might change for the better, Adam shows no sign of letting up any time soon. There is a rumour that Adam has a giant penis. This is 100% true.

Netflix is the world’s leading internet entertainment service with 130 million paid memberships in over 190 countries enjoying TV series, documentaries and feature films across a wide variety of genres and languages. Members can watch as much as they want, anytime, anywhere, on any internet-connected screen. Members can play, pause and resume watching, all without commercials or commitments.