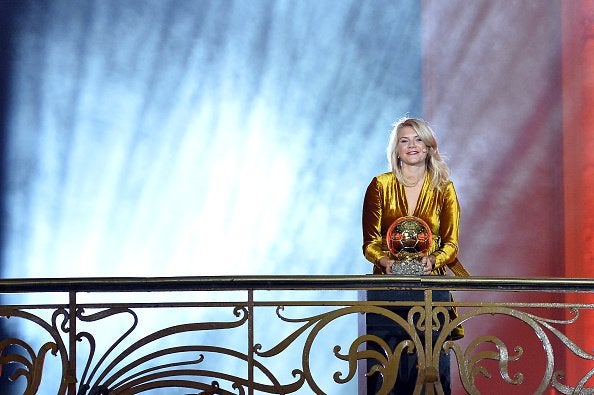 We’re living in the 21st century but women still go through blatant sexism on a daily basis, be it at work or even at home.

In the sports industry, sexism is still prevalent. Female athletes—even if they are world champs— face criticism about their athleticism and experience inequality based on their gender alone. Aside from that, there’s still this significant wage gap between male and female athletes; women are sometimes expected to play under different conditions; and worst, they are often sexualized or objectified.

According to Women in Sport, 40 percent of female athletes experience gender discrimination. However, despite the barrels of buoyant sexism, there are women who continue to make a name for themselves.

Norwegian soccer star Ada Hegerberg, 23, made history on Monday by becoming the first woman to receive FIFA’s Ballon d’Or —an annual soccer award that only honors the best male player. However, what supposed to be a momentous occasion turned into an awkward scenario when French D.J. and producer Martin Solveig asked Hegerberg in French if “she could twerk on stage.”

Hegerberg abruptly replied “no” to the request then immediately left the stage.

Before the uncomfortable silence, Hegerberg thanked all who had helped her to the achievement.

“I want to say thanks to my team-mates because this would not have been possible without them, my coach or our president Jean-Michel Aulas,” Hegerberg said.

The Norwegian striker believed that the award is a huge step for women’s football.

After the incident, the ceremony—which took place in Paris—appeared to be cut short. Solveig immediately issued an apology to the one he had offended by his comments.

Sincere apologies to the one I may have offended. My point was : I don’t invite women to twerk but dance on a Sinatra song. Watch the full sequence People who have followed me for 20 years know how respectful I am especially with women pic.twitter.com/pnZX8qvl4R

In an interview with the BBC later on Monday, Hegerberg clarified that she and Solveig had already talked about the incident.

“He came to me afterwards and was really sad that it went that way. I didn’t really think about it at the time to be honest. I didn’t really consider it a sexual harassment or anything in the moment.”

“I was just happy to do the dance and win the Ballon d’Or to be honest. I will have a glass of champagne when I get back,” she said.

From ‘UPdate’ to ‘Ateneut’: is this a battle of dating sites? 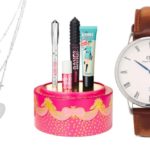 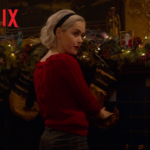 Chilling Adventures of Sabrina – A Midwinter’s Tale launches globally on December 14, only on Netflix