Life and death, love and loss come together in the German film ‘Rock My Heart’

Warning: May contain spoilers from the film.

Animals, much like humans, have the inherent ability to understand emotions and form relationships. From their capability to recognize friends from enemies to the loyalty they have for their owners, these creatures have a deep understanding of what it means to love and be loved by someone who’s not a part of their species.

So, it comes as no surprise that a number of novels and films choose to focus on the friendships formed between man and animal. And during the 3rd German Film Week, a movie entitled Rock My Heart captivated viewers with the sweet yet unlikely friendship between sixteen-year-old Jana Hilbig (Lena Klenke) and the horse named “Rock My Heart.”

But the film is more than just the story of a girl and her horse, it is also the coming-of-age tale about a teen trying to make sense of her life amidst a life-threatening sickness, and the account of a father realizing there’s more to life than horse-racing.

It’s a movie that will take you on a roller coaster ride of emotions and will leave wanting to know more about the characters Jana and Paul Brenner (Dieter Hallervorden).

In case you needed more convincing, here are 5 insights you’ll learn about life and death, love and loss, from the movie Rock My Heart:

Life is about taking chances

At the start of the film, moviegoers are informed of Jana’s congenital heart defect – a condition that can end her life at any moment, if she’s not careful.

Despite this diagnosis, Jana chooses to live on the edge of things and often, places herself in dangerous situations.

But through her recklessness, she meets the stubborn and unruly horse “Rock My Heart.” And surprisingly, the two strike up an unusual friendship. This later leads the horse’s owner Paul Brenner to recruit Jana to be the Rock My Heart’s jockey in an upcoming race.

If Jana simply succumbed to her illness, she would have never met Rock My Heart and she wouldn’t have created a lifelong friendship with the 70-year old horse ranch owner Paul Brenner. Thus, showing how taking chances can possibly lead to better things.

Love comes in the most unlikely places

The movie also includes a budding romance between Jana and her friend, Samy (Emilio Sakraya).

Like Jana, Samy also has a heart condition that makes him vulnerable to sickness and possibly, death. In a “Fault in Our Stars”–like scenario, these two teens come together, in spite of their illnesses, and experience the beauty of having a first love.

Sometimes we don’t get the happy ending

The love story between Jana and Samy doesn’t come without complications.

Seeing as Samy has a similar heart condition as Jana, he undergoes an operation that gives him the chance to live a better and “more normal” life. But when the surgery goes awry, Samy dies and Jana is left with the lingering loss of a loved one.

Following your dreams can come at a cost

Samy’s demise later urges Jana to exert more effort into her upcoming race with Rock My Heart. And this exhausts her to the point that she’s sent to the hospital by Paul Brenner.

In the hospital, Paul realizes that Jana has been hiding her heart defect from him ever since he recruited her to be Rock My Heart’s jockey and handler. This forces Paul to withdraw Jana and Rock My Heart from the race.

Later, Jana convinces Paul to let her race, in spite of the incident. She tells Paul that if she didn’t try and finish the race, she will never be able to finish anything at all. This then leads to an exciting horse race by the end of the film.

There’s more to life than success in your career

After the race finishes and Jana is back in the hospital recovering, Paul faces the reality of his estranged relationship with daughter Sabine. And he realizes that all this time he has placed more attention to winning races than his family.

Paul resolves this issue in a heart-wrenching moment with his daughter towards the end of the film.

“Rock My Heart” was shown at the SM Aura Premier and SM North EDSA cinemas as part of the 3rd German Film Week, presented by the Goethe-Institut Philippinen. 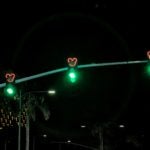 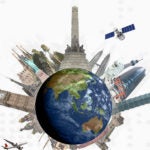