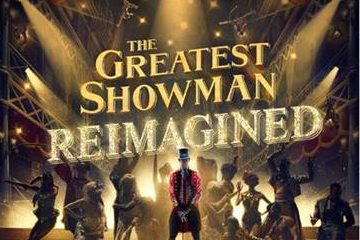 “THE GREATEST SHOWMAN –REIMAGINED” sees songs from the film, all written by GRAMMY®, Tony, and Academy Award-winning duo Benj Pasek & Justin Paul (La La Land, Dear Evan Hansen) covered by a remarkable cast of artists. The album is highlighted by a new version of the 3x platinum certified smash, “This Is Me,” performed by Keala Settle, Kesha and the legendary Missy Elliott. Other superstars contributing include Panic! At The Disco, P!nk (and her daughter, Willow Sage Hart), Kelly Clarkson, Sara Bareilles, Years & Years and Jess Glynne, MAX and Ty Dolla $ign, James Arthur and Anne-Marie, Zac Brown Band among others. As if that weren’t enough, the album will include four bonus tracks, performed by Pentatonix, Craig David, Kesha, and Zendaya. See track listing below. 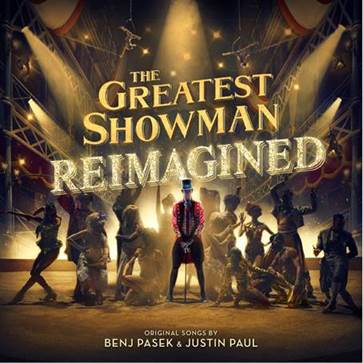 This month, Atlantic Records will also release “THE GREATEST SHOWMAN – ORIGINAL MOTION PICTURE SOUNDTRACK: SING-A-LONG EDITION,” a deluxe repackaging of the album presented as a hardback CD book, including a 32-page booklet containing all song lyrics from the film and a bonus ‘Sing-a-Long’ disc featuring instrumental versions of the original tracks. This repackaging arrives in the U.S. on Friday, October 26th, pre-orders are available now.

“THE GREATEST SHOWMAN – ORIGINAL MOTION PICTURE SOUNDTRACK” – which features all songs written by Benj Pasek and Justin Paul– is available now at all music retailers and streaming services – and is the best-selling album globally of 2018. It was certified 2x platinum by the RIAA earlier this summer for sales in excess of 2 million. The certification marked yet another triumph for the acclaimed soundtrack, one of only three albums released since December 2017 to receive 2x platinum certification (alongside only Post Malone’s “beerbongs & bentleys” and Cardi B’s “Invasion of Privacy”).

“THE GREATEST SHOWMAN – ORIGINAL MOTION PICTURE SOUNDTRACK” spent 31 weeks among the top 10 on the SoundScan/Billboard 200 – Including two weeks at #1, the most weeks atop the chart for a live-action theatrical film musical soundtrack since 2007’s “DREAMGIRLS: MUSIC FROM THE MOTION PICTURE.” Among its many other historic chart successes, the album also spent five weeks at #1 on Billboard’s “Top Album Sales,” the first soundtrack to do so since 2014’s “FROZEN: ORIGINAL MOTION PICTURE SOUNDTRACK.” The album includes the 3x platinum certified smash, “This Is Me,” performed by Keala Settle. The song was named “Best Original Song – Motion Picture” at the 75th Golden Globe Awards and nominated for “Best Original Song” at the 90th Academy Awards 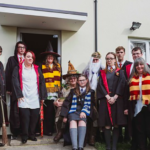 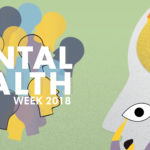