Central to moving Columbia Pictures’ new epic adventure ALPHA forward, long before actors could be cast was figuring out how to portray the animals, and particularly Alpha the wolf that Keda (Kodi Smit-McPhee) befriends on his arduous journey home.

Director Albert Hughes wanted to film as much as possible in live, real terms, with genuine animals and on actual locations. The emotional weight of the movie’s central relationship depended on it.

As soon as the project found a home at Studio 8, head animal trainer Mark Forbes from California-based Birds & Animals Unlimited joined the team to research their options. “There is a huge section of the movie with just the wolf and the boy on a journey,” said Forbes, “That was going to be incredibly difficult to do with a wolf. They are known to be skittish, easily scared and difficult to train, so we did a huge search all over the globe. We ended up with the Czech wolf dog, which is the closest-looking and the most trainable.” 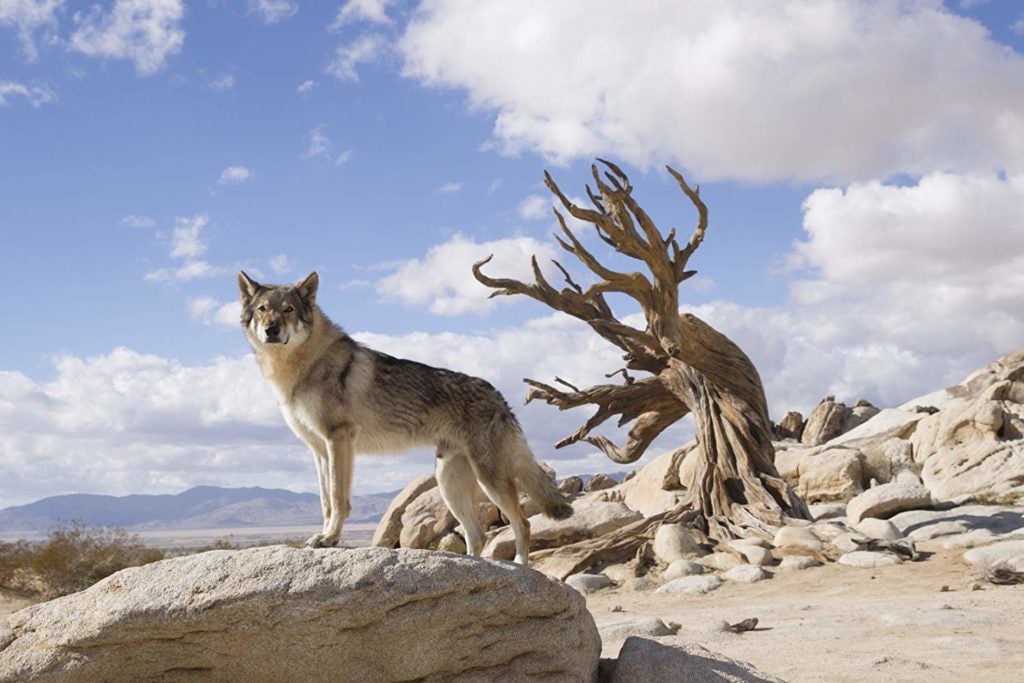 Wolf dogs were created by the Czech army in the 1950s and are a cross between a German Shepherd and a Carpathian wolf. The breed isn’t common, but it is recognized in Europe and is a show category.

Forbes hit the jackpot when in France he found five-year-old Chuck, a show dog who was also used for breeding. “They’d put him in the car and take him to the dog show,” says Forbes, “so he’d become socialized, which was great for us, because meant we were starting far above zero.” The other wolf dogs in the pack came from Spain and the Orkney Islands in Scotland.

“Wolves aren’t really what people think they are,” says Forbes. “They’re not a predator in their own right. They’re a pack animal. On their own they can be very afraid. The biggest hurdle to overcome with a wolf, even when they are only part-wolf, is to get them over any fear they have: the set, new people, new situations. Another challenge is that they don’t have a dog’s desire to please you. We are fortunate with Chuck in that he has the wolf look and a little more of the dog behavior. He does want to please me.”

Forbes introduced Chuck to Kodi Smit-McPhee—cast as Keda — early in the process, so that Chuck would get used to Smit-McPhee and lose his fear of him. The next stage was to get Chuck interested in the actor. Through a myriad of sessions, they developed a food history and Chuck would begin to think, “Kodi might have a treat for me!”

“Kodi trained with Chuck for many weeks,” says producer Andrew Rona, “He would go out to Mark’s facility and work on basic principles with him. They had to really build a relationship, a bond. If that didn’t work we had no movie, like a romance where the male and female leads don’t like each other.” Hughes shot an old-fashioned chemistry test with them, with Smit-McPhee in costume out in the desert. “It was quite amazing,” says Rona. “It was really the moment when we knew we were doing the movie, that we were going to be able to make it work.”

In Philippine cinemas September 5, ALPHA  is distributed in the Philippines by Columbia Pictures, local office of Sony Pictures Releasing International. 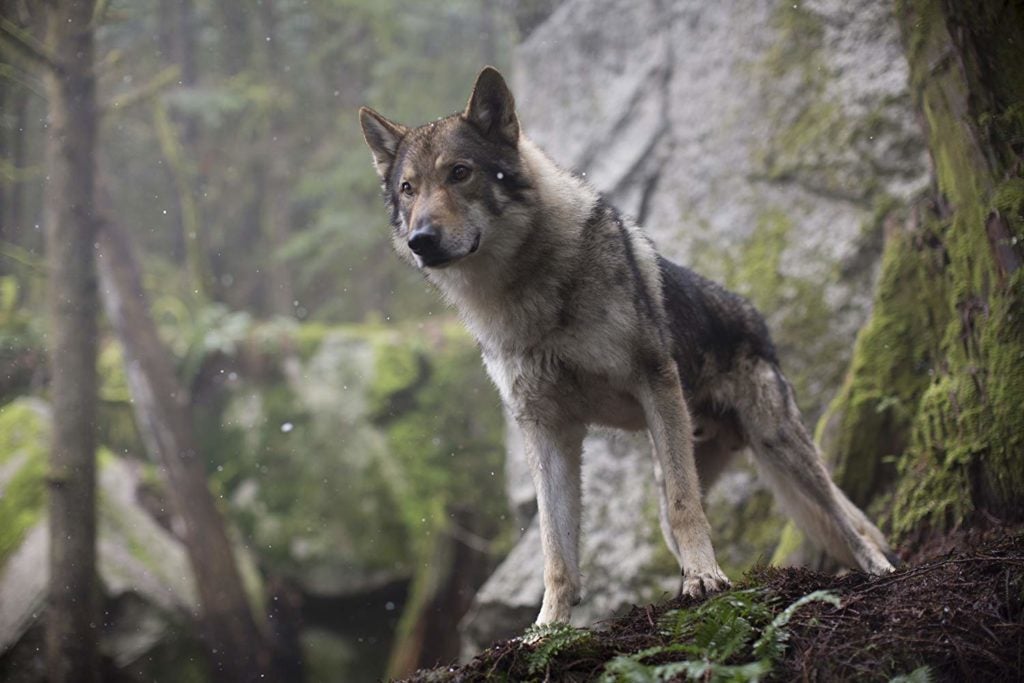 An epic adventure set in the last Ice Age, ALPHA tells a fascinating, visually stunning story that shines a light on the origins of man’s best friend. While on his first hunt with his tribe’s most elite group, a young man is injured and must learn to survive alone in the wilderness. Reluctantly taming a lone wolf abandoned by its pack, the pair learn to rely on each other and become unlikely allies, enduring countless dangers and overwhelming odds in order to find their way home before winter arrives.

In a harsh landscape, when the future is uncertain, the bonds we make become our most important. 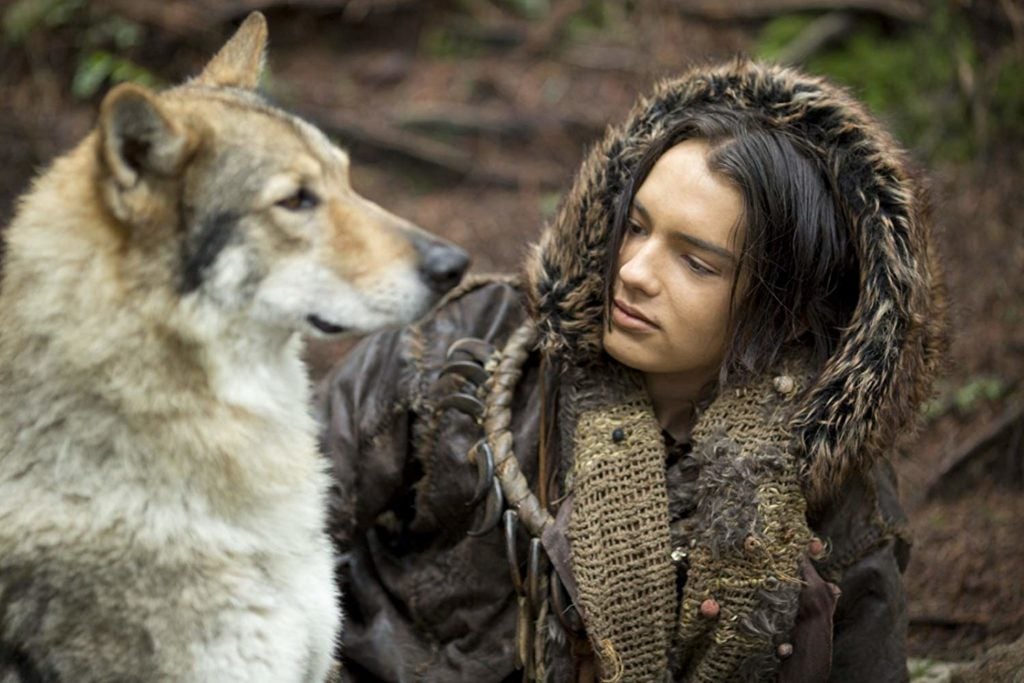 When language is a barrier, the actions we take reveal all.

And when the early peoples of the earth struggled twenty thousand years ago to overcome obstacles both long-term (a persistent Ice Age) and immediate (survival of the fittest), a historic relationship between enemies was forged. It forever changed the world, creating an enduring poignancy and lasting affection that reflects our shared humanity to this day.

That special connection, between a boy and a wolf, is the stirring saga that is ALPHA.