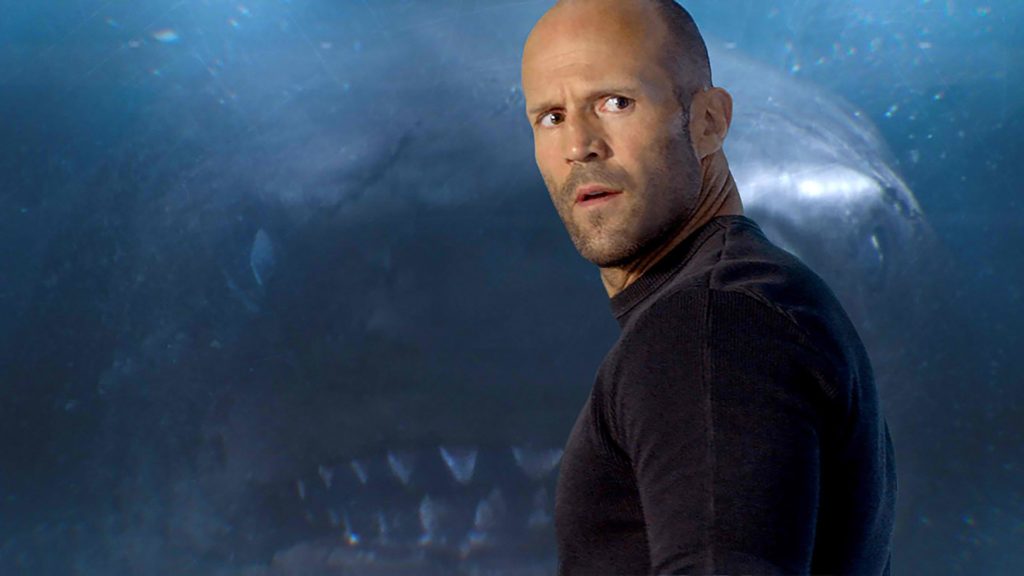 Something very big is about to rise from the ocean’s unfathomable depths to seriously rock Warner Bros. Pictures’ new sci-fi action thriller “The Meg.”

That very big something is the titular creature – a 75-foot-long prehistoric shark – in “The Meg,” a pulse-pounding thrill ride and outrageously fun movie event that combines action and humor and pits action superstar Jason Statham in a head-to-head battle with a mammoth megalodon.

The Meg — or, to give it its full name, Carcharocles megalodon — was a species of shark that lived on seals, giant turtles and whales until its extinction around 2.6 million years ago. It was a true monster, so huge it would have made the great white in Steven Spielberg’s seminal summer movie “Jaws” look like a minnow. It certainly captured the imagination of author Steve Alten, who wrote a science-fiction novel that envisioned the return of such a creature to modern-day waters, published in July 1997 as Meg: A Novel of Deep Terror. It was a success, and five sequels followed.

Instrumental in getting “The Meg” made into an event motion picture was producer Belle Avery, who after reading the novel instantly thought: “This is a great popcorn movie. People like to go see monster movies, but if those monsters are real creatures that actually existed, I think you’re much more ahead of the game, because people want to go and see what they looked like.”

Deciding what the Meg looked like was not quite as straightforward as you might imagine. “One school of thought was to make it look like a 75-foot-long great white,” says Turteltaub. “Because when you look at a great white, an audience instantly goes, ‘Uh oh!’ And a 75-foot ‘Uh oh!’ is pretty scary. But, I wanted to create a shark that was a little less developed, a little less perfect, a little uglier and more specific to what life might have been like deep in the ocean three million years ago.”

The novel theorized that megalodons could have survived extinction by moving to the warmer, high-pressure depths of ocean-floor ravines like the Mariana Trench. And in this movie, it is in such an abyss that the terrifying Meg is discovered by a high-tech Chinese deep-sea exploration operation named Zhang Oceanic, overseen by Li Bingbing’s character, Suyin. It won’t be long before the Meg finds its way back up to the surface waters, which are now filled with a tasty new snack: humanity.

For Turteltaub, the appeal was to sink his teeth into “an entire movie genre I’d never worked in. I get to play in a whole new sandbox, so to speak, with a whole bunch of different movie rules. I like the pure fun of it. And I also like the challenge of making a Jason Statham action movie with no car chases, no fist fights or guns,” he adds with a laugh.

“Jerry Bruckheimer warned me about making undersea movies,” says Turteltaub, referring to his producer on the “National Treasure” movies and “The Sorcerer’s Apprentice,” who had plenty experience of his own filming on water with the “Pirates of The Caribbean” movies. “As soon as you go underwater, everything moves very slowly and is not conducive to action. I’ve had Jerry’s voice in my head the whole time, ready to say, ‘I told you so’. So, we had to work out how to keep things exciting with that challenge. And the way to do that was to mix up what’s underwater and what isn’t, while also building on the element of surprise and playing on what you can’t see. At any moment something really, really scary can happen. And that keeps the audience on edge.”

Diving into Philippine cinemas nationwide August 8, The Meg will be released in 2D, 3D and 4D in select theaters, as well as in IMAX, Dolby Cinema, and other large premium formats. The film is distributed by Warner Bros. Pictures, a Warner Entertainment Company.

In the film, a deep-sea submersible—part of an international undersea observation program—has been attacked by a massive creature, previously thought to be extinct, and now lies disabled at the bottom of the deepest trench in the Pacific…with its crew trapped inside. With time running out, expert deep sea rescue diver Jonas Taylor (Jason Statham) is recruited by a visionary Chinese oceanographer (Winston Chao), against the wishes of his daughter Suyin (Li Bingbing), to save the crew—and the ocean itself—from this unstoppable threat: a pre-historic 75-foot-long shark known as the Megalodon. What no one could have imagined is that, years before, Taylor had encountered this same terrifying creature. Now, teamed with Suyin, he must confront his fears and risk his own life to save everyone trapped below…bringing him face to face once more with the greatest and largest predator of all time.