Ever experienced the dilemma of having to take a picture of yourself, but you’re alone? Well, Hirakata Park’s got you because they understand what it’s like!

The Osaka theme park is providing a special service called “Instant Friends” where they include a crew of good-looking extras to accompany you in your souvenir photo. The catch is, you just have to include the hashtag “#NoneOfUsAreAcquainted” in your social media post to avoid the issue of deception. 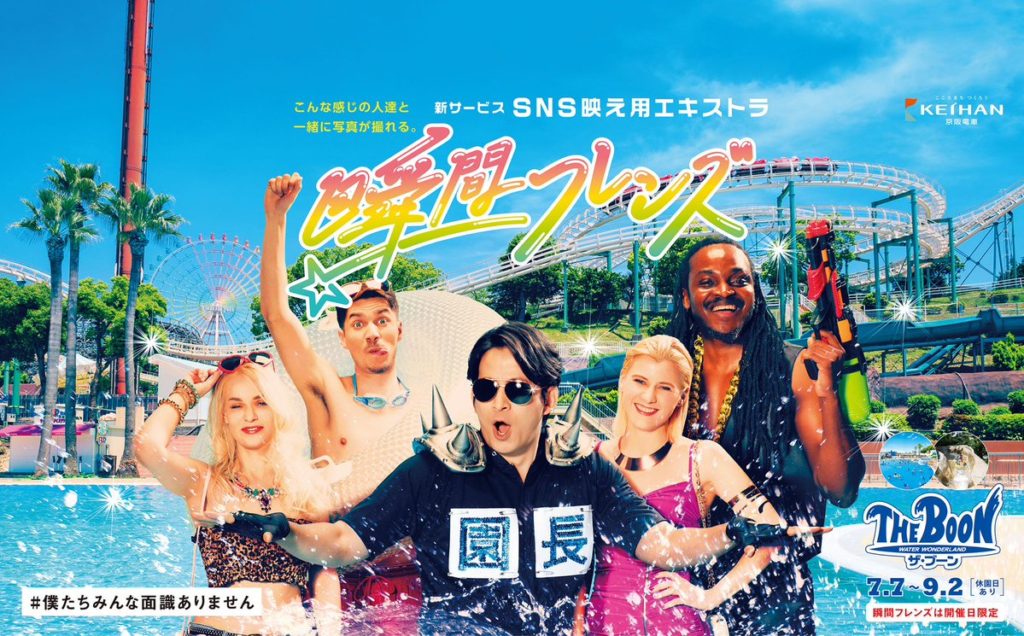 This service is also intended to promote the park’s The Boon Water Wonderland. According to Sora News, Instant Friends is “a part of a wider ‘West Coast’ campaign that the park is introducing to the Water Wonderland section this summer. They don’t really specify what it is supposed to be the west coast of, but going by the images it appears to be a California type vibe.”

Hirakata Park is apparently not new to this type of special service, since they also offer fake actors for you to “beat up” to impress your date.