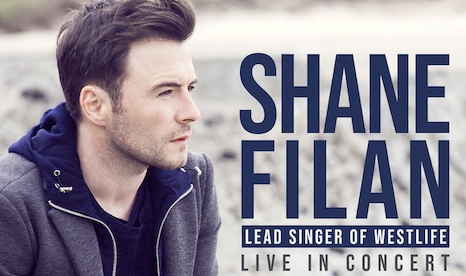 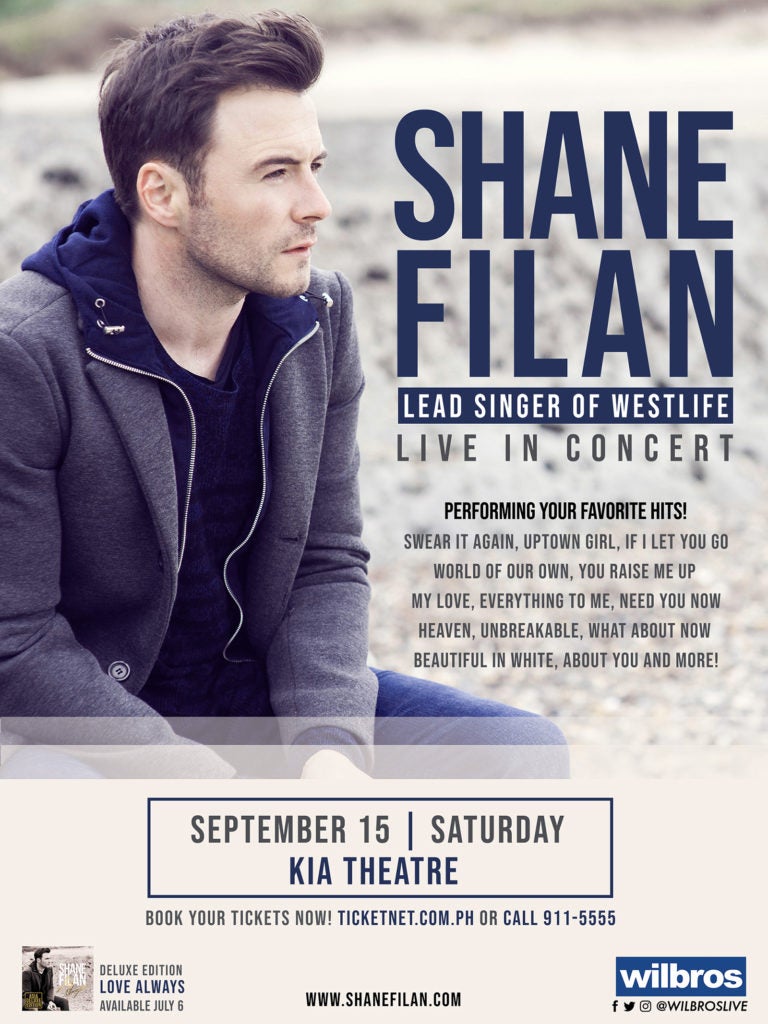 Westlife’s lead singer Shane Filan is coming back to MANILA for his much-awaited live concert featuring Westlife’s greatest hits and more on Saturday, September 15th at the KIA Theatre. Filipino fans will hear their favorite hits like “Swear It Again”, “Uptown Girl”, “If I Let You Go”, “World of Our Own”, “You Raise Me Up”, “My Love”, “Everything To Me”, “Need You Now”, “Heaven”, “Unbreakable”, “What About Now”, Beautiful in White”, “About You” and more.

With his third album, Love Always, delighting both fans and critics, Shane’s solo career is quickly gaining momentum. Its already been a huge hit all over Asia, securing the number one spot in the Philippines and Indonesia, Love Always has proved a major hit with fans. Shane is also thrilled with the album’s top five position in the UK charts, placing him on an even footing with the biggest names in world music. An Asia Deluxe Edition will be released on July 6.

Shane says ‘This is the first time I have put live tracks on the album. I go on tour so much now that I thought it would be nice to include something that people haven’t had before. There will also be two new songs which I wrote before Christmas and I am so proud of them. ‘Back To You’ is the new single and a song I am very close to. The track is about being on the road the whole time and being separated from those you love. You do it because it’s part of the job but you realize how much you miss the family.

Shane has cemented his position as one of the UK & Ireland’s most popular male solo artists, following phenomenal success with Westlife – one of the world’s most successful bands of the last few decades – and he shows no signs of slowing down. “There’s nothing that make me happier than singing and being on stage” he says, “it’s something I am very proud of and it’s what I want to be doing for the rest of my life.”

Catch Shane Filan – the lead singer of Westlife – up close and personal live in concert. Tickets go on-sale on Friday, July 6 via TicketNet.com.ph or Call 911-5555. 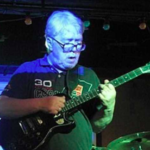 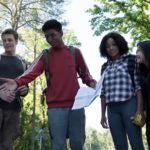