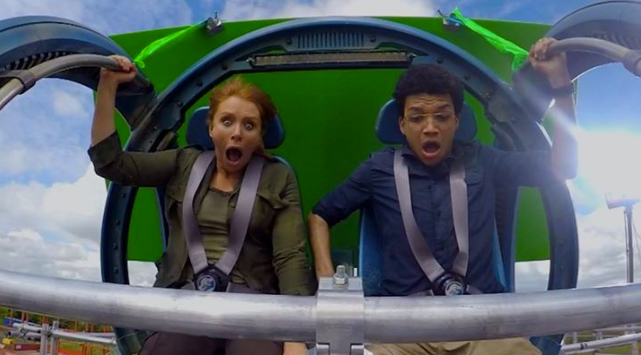 The latest Jurassic World movie went all out to give us some of the coolest stunt scenes. More specifically, they built an actual roller coaster ride to film a very realistic scene in which the actors rode the Gyrosphere, a spherical ride that safely takes tourists around an area full of dinosaurs.

“In order to complete the gyrosphere underwater sequence, we had to build essentially a roller coaster ride in which the gyroshpere’s up on top. It has Bryce, and it has Justice in it. We put them in, and then we filmed them the very first time that they did it, in order to get the real, honest reactions of them suddenly being propelled over and straight down as if they were falling 100 feet into the water, ” says producer Pat Crowley.

Pretty amazing, isn’t it? But this ride is definitely as adventurous as you can imagine, that it’s even a bit dangerous for some. It’s so realistic and intense that one of the main actors of the film, Bryce Dallas Howard, passed out while filming the scene while inside the ride.

Howard shares the experience in The Tonight Show Starring Jimmy Fallon: “I’m so afraid of rollercoasters. Like rollercoasters are the bane of my existence… I was so scared, this is true, I was so afraid that with each take, my panic increased substantially. And by like, the fifth or sixth take, you know there’s like so much fear, and Justice told me and I remember it now! I was like [shrieking] and I blacked out!”

Surely, the coolest zero gravity rides are really for those who have strong hearts. Guess it really takes that much to build such a film! If you haven’t seen the movie yet, here’s the trailer where you can also watch the heart-dropping scene:

WATCH: You’ve seen mango harvesting before but never quite like this

Are you tough enough to endure this brutal tattoo? 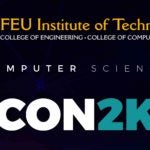 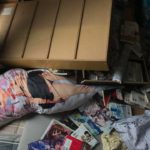