LOOK: This Infinity Gauntlet novelty cup will make you the envy of the whole Marvel universe

Moviegoers know Thanos as the villain who bested the Avengers with his Infinity Gauntlet in the film, Avengers: Infinity War.  And though the Marvel heroes rightfully fear the weapon-wielding the infinity stones, we think they’d laugh (and probably envy) Thanos if he were to ever use this version of the Infinity Gauntlet.

Picked up some Infinity Gauntlet sipper cups at Disneyland! YES, you can wear them and drink from them at the same time! Gotta add lights to make the stones glow! . . #disney #disneyland #marvel #marvelcomics #avengersinfinitywar #infinitygauntlet #thanos #sippercup #keycollectibles

Because at Disney’s California Adventure park, these Infinity Gauntlet sipper cups not only make Disneyland visitors feel like they hold infinite power but it also, allows them to quench their thirst while strolling through the theme park.

The Infinity Gauntlet Sipper has Arrived at DCA! $20.00

This novelty item reportedly costs $20 and is only available at the Disneyland park for a limited period of time.

What do you think about the Infinity Gauntlet sipper cup? Tell us in the poll below: 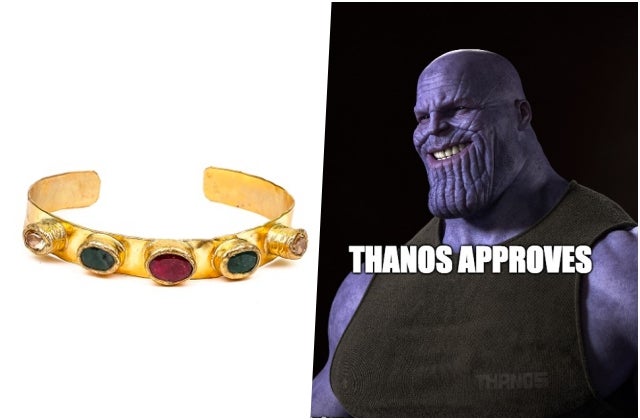 The funniest line from ‘Avengers: Infinity War’ was actually an ad-lib from Dave Bautista