Plants ‘complain’ when neighbors get too close to them, research finds

Researchers from the Swedish University of Agricultural Sciences have recently discovered that plants can “complain” to nearby plants when their neighborhood becomes too crowded, which makes the other plants alter their growth patterns.

Survival strategies in the face of toughening competition is relatively varied for animals: they can either fight and defend their territory or pack up and find better feeding areas. But for plants, immobility forces them to come up with more creative tactics.

Previously, scientists have established that plants and trees are able to communicate with each other by releasing certain chemicals in the air, through their roots, or through fungal networks that connect their roots to one another.

“The trees…are connected to each other through underground fungal networks. Trees share water and nutrients through the networks, and also use them to communicate. They send distress signals about drought and disease, for example, or insect attacks, and other trees alter their behavior when they receive these messages, ” explained Peter Wohlleben, a German forester and author.

The new research from Sweden further supports these findings: they discovered that when plants sense other plants growing too close to them, they release signals through their roots to alert others that competition for sunlight could become tougher. When the other plants receive this signal, they alter their growth patterns to avoid further crowding. 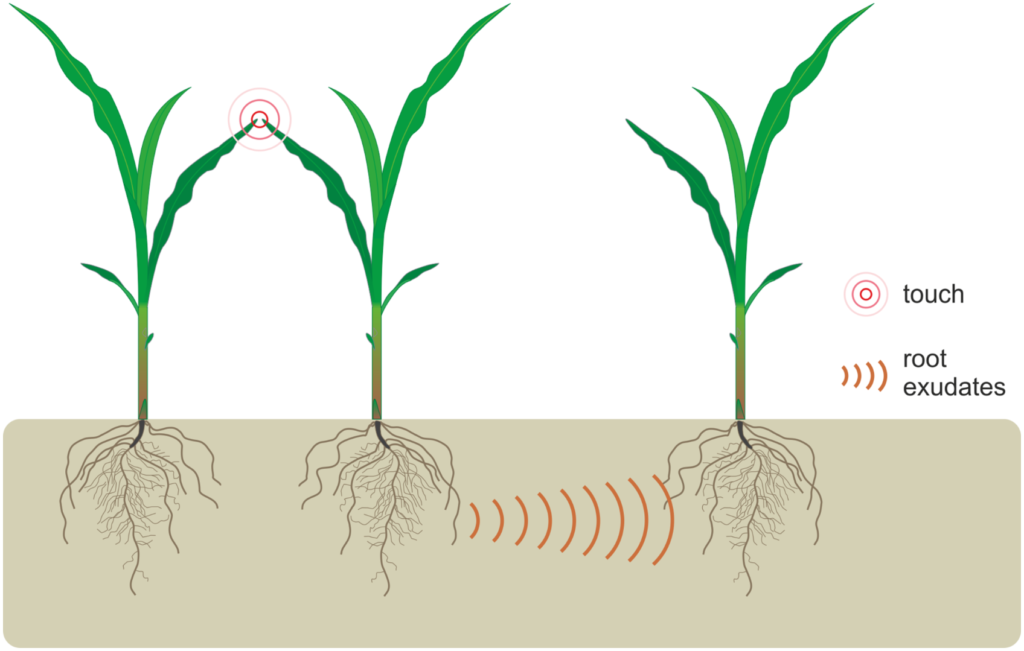 “If we have a problem with our neighbours, we can move,” Velemir Ninkovic, lead author of the study and an ecologist at the Swedish University of Agricultural Sciences in Uppsala, told The Guardian. “Plants can’t do that. They’ve accepted that and they use signals to avoid competing situations and to prepare for future competition.”

To conduct the study, the scientists touched the leaves of some plants with a soft make-up brush for one minute every three hours. This makes the plants think that a nearby plant is growing so close to them that their leaves are already touching. After that, they blocked the plants’ ability to send signals above ground through gas chemicals.

As a result of this experiment, the plants that had not been touched got the message that something was crowding out their neighbors and kicked their growth into high gear, showing that they got the signals through just their roots.

How complaining about work can actually do you some good
These dogs are helping rejuvenate burnt forests in Chile
Why cigar factories in Cuba have storytellers that read to their workers
Immigrant dad returns to the bookshop where he learned English to buy his son’s book
Depressed people talk and express themselves differently, study finds
London installs pollution-absorbing ‘bench’ as effective as 275 trees