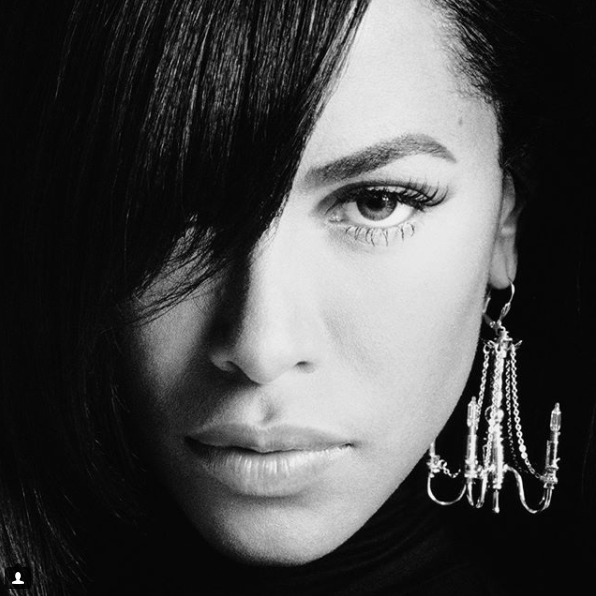 After months of speculation, MAC has lifted the lid on its upcoming Aaliyah-themed makeup collection.

The cosmetics giant took to social media on Monday to offer a sneak peek of its MAC X Aaliyah series, which is set to launch this June, declaring: “Aaliyah lives on in a makeup collection influenced by her groundbreaking work in music and film.”

Which music video do you think inspired these shades? Teaser number ✌🏽 for the M•A•C Aaliyah collection, coming soon! The lasting impact of @aaliyah_haughton_official carries on with an eye palette in sultry hues. #AaliyahForMAC

The collection will pay homage to the late musical star’s influential work and 1990s beauty aesthetic. Images posted to the brand’s Instagram page reveal that the series will feature a nine-shade eye palette containing sultry plum, ochre and rose hues inspired by one of the singer’s music videos. A second image unveils a single lipstick in a buttery toffee shade, similarly inspired by the name of an Aaliyah song. Both products are encased in sleek burgundy packaging with silver embossing.

MAC isn’t the only makeup brand celebrating R&B star Aaliyah’s signature beauty look this season; indie beauty label Melt Cosmetics also got in on the act in March, with the launch of an eye makeup series eye makeup series inspired by the colors of the singer’s “Aaliyah” album cover.

The MAC X Aaliyah collection will hit maccosmetics.com on June 20, before going on sale in stores across North America on June 21.

Before the MAC X Aaliyah collection hits stores, you might want to check out these available makeup items for sale.

Charlie Puth tells BTS ARMY: ‘Please be nicer to each other’