For most of us, silence is a luxury that we cannot always afford. If we want some peace and quiet, we go off to a remote place with hardly anyone around and preferably, no internet connection. Yet to some, silence is an everyday occurrence — both the inability to speak and the inability to hear. Imagine being surrounded by people you grew up with, share the same culture, and speak the same language but not be able to communicate. It seems you are a foreigner in your own country. As poet and author Nayyirah Waheed describes it in her poem: you can be in the same room. with the same person for years. and be in a long distance relationship.

This is how deaf people feel in their everyday lives. In order to bridge that gap, French non-profit La Parole aux Sourds (A Microphone for the Deaf) launched “Unsilenced,” the first original song sung entirely through sign language and dance.

Created by BETC Paris, the music video is a collaboration between the French duo Haute and deaf dancer, Billy Read. Set in black and white, viewers follow Read as he dances in the Olympiades neighborhood in Paris passing by faceless people. What looked like a captivating instrumental video that highlights the art of dance, turns out to be not lyric-free after all. Through his hands, Read actually convey a message by using “…highly visual versions of each sign [language] to make the song universally accessible.”

According to their website, “you have the power to unsilence Billy.” All you need to do is use the cursor as it reveals the lyrics of the song. The lyrics, co-written and interpreted by Read, tell us that though deaf people may at times feel a sense of isolation, they also have a lot to say: “This place, and me. Alone. I spoke; you couldn’t hear me. I moved; you couldn’t see me. The stories on my fingertips… too loud for these lips.”

Gabrielle Portnoi, co-founder of the non-profit organization shared that through this campaign they want to show that “…sign language is really unique. It helps convey emotions that no other language can.” And hopefully inspire people to pay attention to the deaf community and “communicate” with them.

To know more about the campaign, watch “The Making of Unsilenced” below:

Read more from InqPOP!:
This online dictionary decided to define most commonly used emojis
Kid with a rare disease reaches out to Iron Man for help — gets his wish a year later
LOOK: Art installation in Saint Benilde depicts daily struggles of LRT commuters
Mom shows up to her daughter’s graduation after abandoning her for 11 years 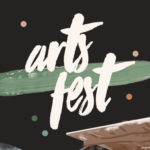 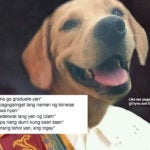