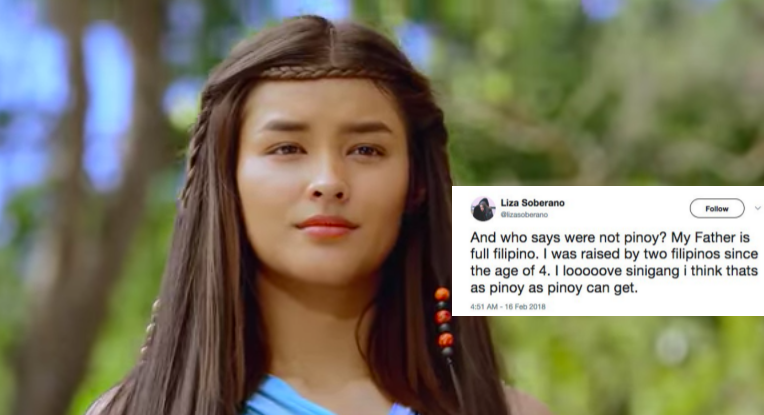 When the trailer for the upcoming fantasy series “Bagani” was rolled out, people took to social media to express their disappointment that a show inspired by a pre-colonial Philippines gave its main roles to fair-skinned actors with dominant caucasian features instead of giving it to those with brown skin and Pinoy features. 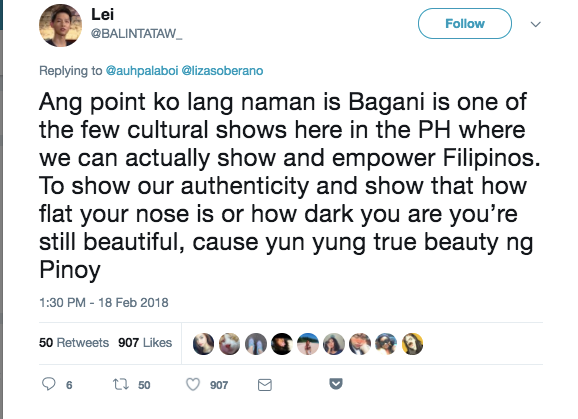 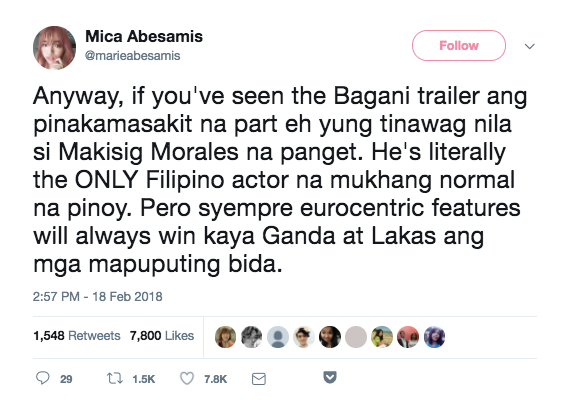 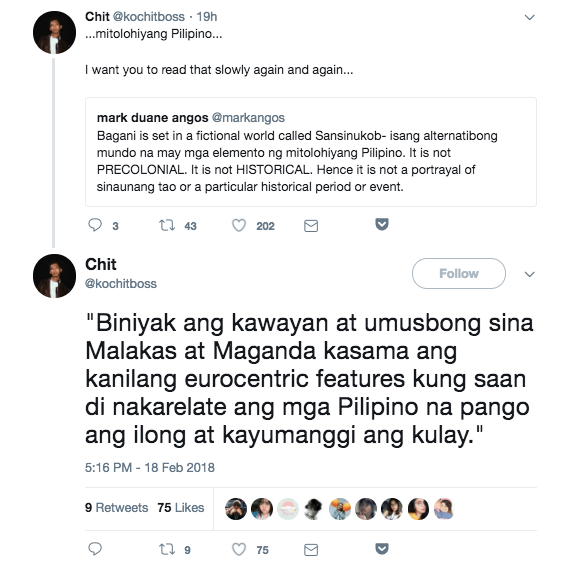 One Twitter user compared it to the movie Black Panther, which was was able to pay homage to African culture by “innovating without sacrificing authenticity”. Bagani just puts on bronzer on “half-white Asians” to “pass them off as Pre-colonial Filipinos because kayumanggi doesn’t sell.”

Movies like #BlackPanther pay homage to African culture by innovating without sacrificing authenticity..

While shows like #Bagani slather half-white asians in bronzer to pass them off as precolonial filipinos because kayumangi doesn’t sell. pic.twitter.com/TwuuakPyF3

“Patay na si Hesus” actress Chai Fonacier seemingly called out the TV network behind the upcoming show, stating that “to condescend on your kind this way and scream Pinoy Pride in your station IDs and call them family is blatantly stupid and insulting.” 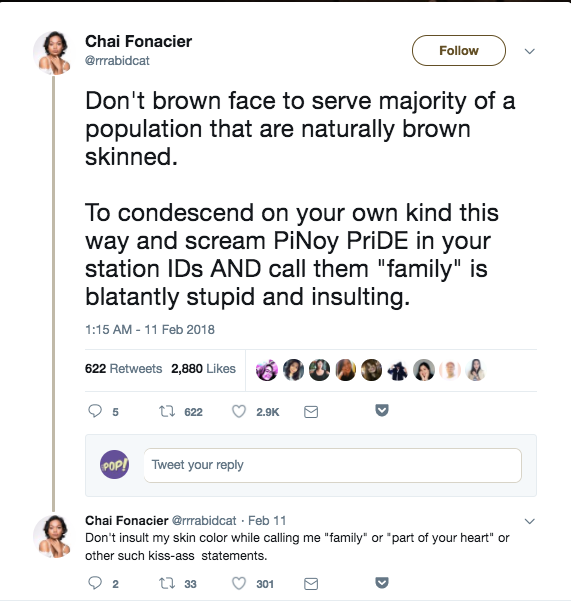 The discussion went on to the point of someone saying that lead stars Enrique Gil and Liza Soberano are not Filipinos, and it prompted Liza to defend herself on Twitter:

And who says were not pinoy? My Father is full filipino. I was raised by two filipinos since the age of 4. I looooove sinigang i think thats as pinoy as pinoy can get.

Some people made light of the issue and made jokes about the actress’ love for sinigang:

me, with a bowl of Sinigang balanced on my head, removing my gabi and labanos shaped sunglasses, wearing kangkong as bangles, sipping Sinigang soup from my handcarry thermos, wearing Sinigang merch: yes why did u ask https://t.co/O1rwCP2DI4

Make sure you have enough valid IDs guys.. pic.twitter.com/YtSpUqeWyI

Someone even made an account for sinigang and replied to distance itself from the debate:

I would very much like to be excluded from this narrative.

LizQuen fans defended the actors, saying that it was not their fault that they were given the roles and that people do not have the right to take away the actors’ Filipino identity based on “some essentialist notion of nationality.” 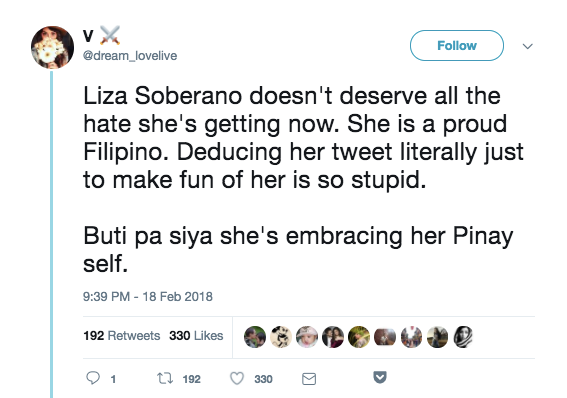 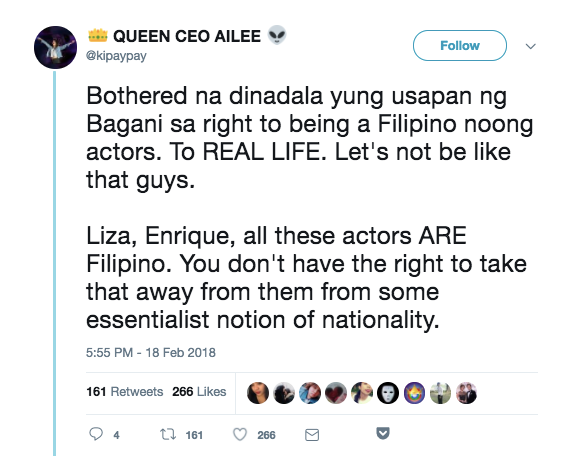 One Twitter user said that giving the roles to popular actors would make sure that people will watch the show, which is a “better way to promote” cultural awareness: 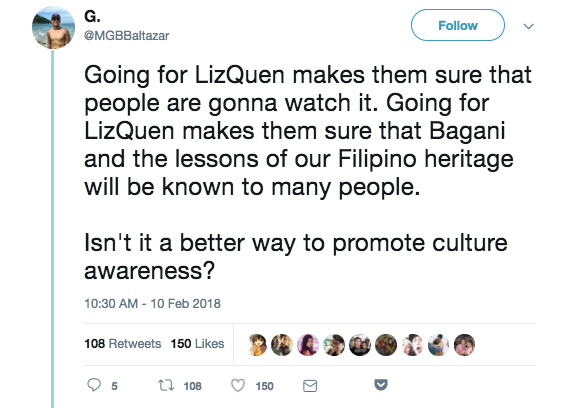 On the other hand, there are those who said that Liza Soberano missed the point of the debate surrounding the TV show. “This is about… how you are propagating a culture that takes away roles from just-as-capable-and-beautiful Morena actors,” one user tweeted.

This is about representation. U & other mestisos/as have been fortunate to be represented in PH media since the beginning. Please learn from this; ur r at a place in ur career where u can influence and inspire change in our culture. Know ur place lang and acknowledge ur privilege 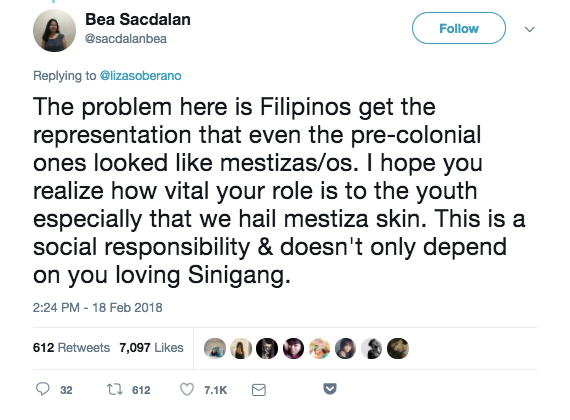 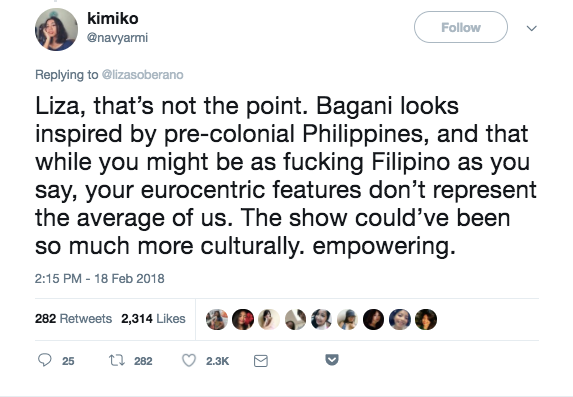 @MillennialOfMNL said that Liza “can’t just cherry pick which part of our culture you can identify with and then do away with the rest.”

Naiintindihan naman na mahirap sa mga half-filipino ang maka-grasp ng cultural identity pero u can't just cherry pick which part of our culture u can identify with and then do away with the rest or magbulag-bulagan sa social realities https://t.co/3NOrAmP8tl

Other users want the debate to stop picking on individual actors like Liza Soberano and Enrique Gil and instead focus on the system that perpetuates the “harmful stereotypes we constantly limit ourselves to”, and how we as media consumers can change it. 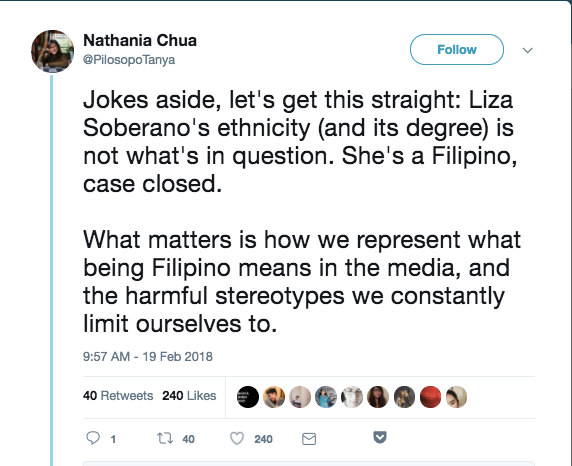 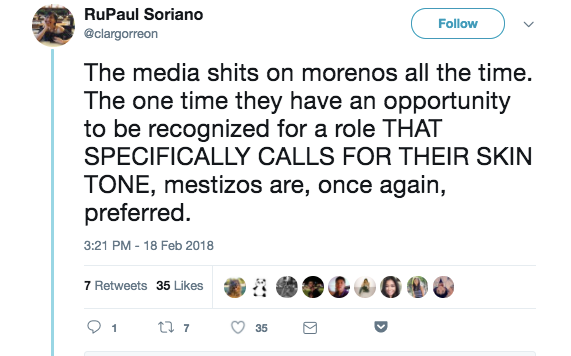 They pointed out that it is “more productive to understand and criticize”  how the industry’s profit-driven mindset led us to believe that fair-skinned people are more beautiful and more marketable than those with kayumanggi skin. 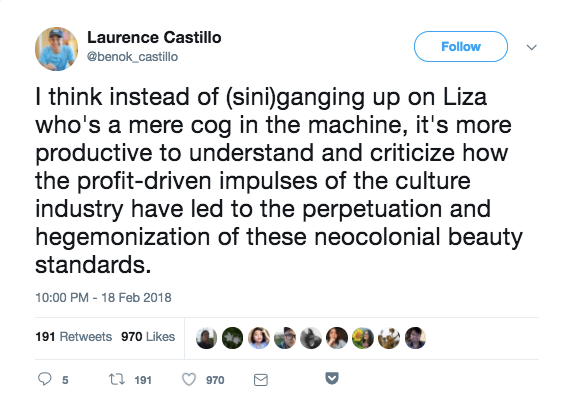 bagani had so much potential, so much room for representation but i guess market value is more important 💁‍♀️

More than anything, the whole issue sprung from a long history of misrepresentation in the media that has plagued all minorities, not just brown-skinned Filipinos. White-washing has always been a problem especially but not only in Hollywood. The outcry against Bagani isn’t about its lead actors not being Filipino enough. Rather, it is because many Pinoys are sick of the industry constantly rendering them invisible in their own narratives.

The show received more criticism a few days before it airs when CHED Commissioner Ronald Adamat, a former representative of the Indigenous People Sector, wrote a letter to ABS-CBN President Carlo Katigbak requesting “immediate clarification and explanation” on its use of the term “Bagani.”

“It is not enough for writers and producers of movies and teleseryes to come up with concepts, titles, and characters that would sell and create blockbusters yet carry with them half-truths and lies that destroy and negate the real essence of an IP terminology, as in the case of ‘Bagani’, and instead bring injustice to the 14 million Filipino IPs,” Dr. Adamat stated. Read the full story here.

Netizens diss whitening product’s commercial, shows support for fictitious soap that darkens skin
10-year-old girl encourages kids to stand up against bullies with “Flexin’ In My Complexion” clothing line
No whitewashing in “To All The Boys I’ve Loved Before” movie!
Asians retaliate on Twitter after a casting director said “Asians are not very expressive” 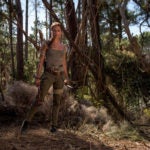 A hero prepares to find herself in “Tomb Raider” 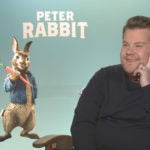 James Corden is voice of the rascal, rebel “Peter Rabbit”