Despite having one of his legs amputated and being born deaf and mute, a hardworking Chinese man won the hearts of people and inspired others with his incredible passion for work.

Shang Wuyi, a 46-year-old street sweeper, dedicated his life to his work and never let his disabilities stop him from being a committed employee. For 12 years, Shang has gone to work every 4 am to sweep four streets in Xi’an, a provincial capital of China. Rain or shine, even through thick snow — without taking a single day off. 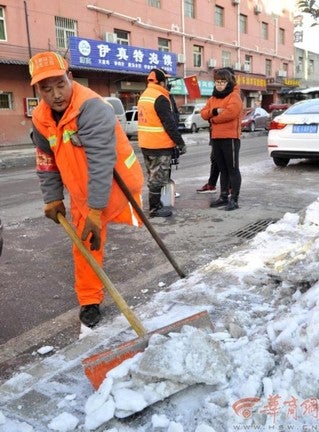 According to Daily Mail, Shang said in People’s Daily Online that he loves to work because he was born on May 1, the International Workers’ Day. He works alongside his wife, Wang Yaqin, who is also a street sweeper.

According to Wang, her husband and his sister were both born deaf, a condition they inherited from their mother. Shang apparently lost his leg when he was seven after being run over by an incoming train he didn’t hear. 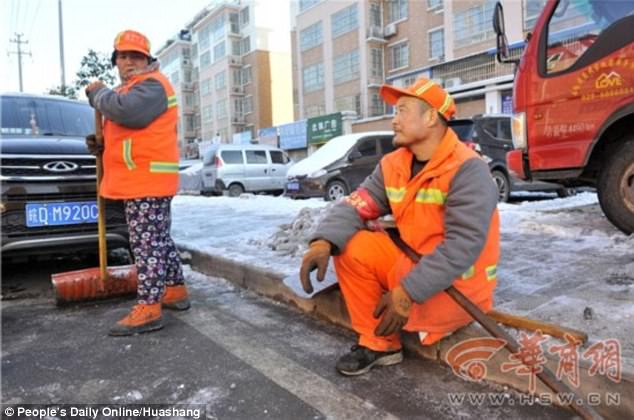 The two have been married for 21 years and would go to work 30 minutes early before their shift. Whenever his wife is sick or has to take a day off, Shang goes to work at 3 am to make sure that the work is done. No matter how difficult the job may be for them, Wang said that their life depends on the job.

“Although he can’t talk, I know he cherishes the job a lot,” said Wang. “He knows his body has disabilities, so he has to work even harder than the others to keep his job.”

Shang’s hard work only shows that disabilities are not a hindrance to someone who has unyielding determination and passion towards his or her work. His story also disproves certain stigma towards people with disabilities (PWDs) in the workforce, such as not being as reliable as those without impairment.

Shang serves as an inspiration for PWDs to not let their condition stop them from working or learning and for employers to be open to hiring people despite their disabilities.