To spread its message of sustainable responsible tourism, the United Nations chose our favorite feline friend to become its new ambassador–Hello Kitty!

Yep, you read that right. Since Hello Kitty is one of the most recognizable, lovable and least offensive characters in the world, the United Nations believe she is a safe choice for the part. She was also appointed as one of the ambassadors for Osaka by Foreign Minister Taro Kono. 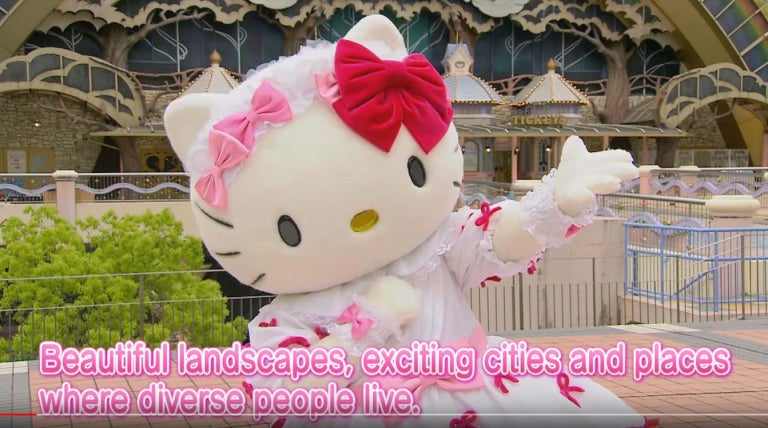 As “Special Ambassador,” the feline character will become the whiskered, bow-tied face of the United Nations World Tourism Organization’s “International Year of Sustainable Tourism Development 2017.” Part of her role is to educate travelers on how to be a responsible tourist.

The campaign was developed amid a tourism crisis in Europe, where disgruntled locals in Spain and Italy took to the streets in anti-tourism marches to protest overcrowding and disrespectful tourist behavior.

“Traveling is a gift,” says a sweetly voiced Hello Kitty in a promotional video. “When you travel, remember to honor our planet. Respect nature, respect culture and respect your host.”

The video is being broadcast at Narita International Airport in Japan, and will be published across the U.N.’s social media channels as well.

Always wondered what Hello Kitty sounded like? Watch the video (in Japanese, subtitles in English) below.