We cannot deny the fact that Filipinos are talented, highly creative and can make the best of anything. Though, there are times where many of these distinct Filipino artists were not given much chance to showcase their talents or even their unique works to a greater number of audience. That is why they think of another way on how they can show and display their artworks to the general public through a different way.

Recently, the #artPH became a trending topic on Twitter which provided a way for the aspiring Filipino artists to display their impressive, striking and unusual artworks so that their talents and skills would be greatly appreciated by the public.

Among the eye catching artworks from our Filipino artists, these two masterpiece from Jeh Aquino and Andre Manguba stood out. Netizens were amazed because they used an unusual medium for their artworks — a leaf and a spaghetti pasta, respectively.

im late for #artph 😅 but

Amazing, isn’t it? Well, if you want to see more artworks from these aspiring and talented Filipino artists, you can check #artPH on Twitter. 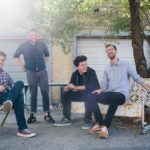 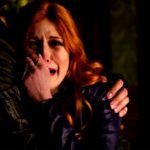 “Shadowhunters” ends season 2 with the death of a favorite character