Interview: Echosmith’s Sydney Sierota on living inside a dream and saying goodbye

The cool kids are all grown up in their second album, Inside A Dream.

Ever since they released their first album, Talking Dreams, in 2013, siblings Sydney, Graham, and Noah Sierota of the pop band Echosmith, have been navigating through life and experiencing adulthood, falling in love, saying goodbye, and coping with change in a brief period of time.

During a phoner interview with Sydney Sierota last Wednesday, July 26, she revealed that they are ready and excited to share their life with their fans as they live inside their dreams.

InqPOP!: You just recently released your second album, Inside A Dream, can you share with us how your journey was like in coming up with this new record?

Sydney: We experienced so many changes since we became a band. Even when we put up our first album in 2013, I feel that we have changed so much. I feel that four years made such a big difference especially we were so young then. I was 15 then and now I am 20, and that difference in age is so important because we are becoming an adult and figuring out who we are. Noah, Graham and I are very close in age so we are going through the same phase of becoming adults together. And honestly, I feel that because of all these amazing opportunities we had and all the touring we have done, we all kind of change a little bit as people and got a bigger perspective on life. And this is not just in music. We have so many great experiences that we have so much more to talk about. That’s why I am excited for people to hear our new album because we’ve been vulnerable and honest about what we’ve been going through — the good, the bad, and the in between.

InqPOP!: Can you tell us how your music and songwriting has matured from when you started out in 2013 to where you are right now?

Sydney: Before when we were writing the songs for the first album, I was 15 and I’ve never been in love so I’m just dreamy about how it would feel like, what I’ve seen in movies, and what I wanted for that day. And now, when I’m writing songs, for example, I am actually am in love. I get to really talk about that honestly, rather than “oh, this must be how it feels like.” This is just an example of how we’ve changed.

Sydney: We’ve been throwing out this catch phrase that it is some sort of “dreamy pop”. We got to have a lot of fun just trying out new sounds ever since Jamie, our brother, left the band since somebody leaving the band will change what you sound like. So we tried to fix that. That’s why for this album, we played with a lot of new keyboards and Graham, our brother, played with electronic drums rather than real drums.

InqPOP!: Your brother Jamie left the band last year to focus on his own family, how did that affect you as a band? How did it affect your new album? How did you cope with the changes?

Sydney: It was a really, really big change. When we started out as a band, I’ve always thought that it’s just us four forever, but things changed. It was really, really hard to cope with that and be okay with his decision. But we decided to just support him the best we can. So at first, it was really tough and it was hard to be on stage without him. But you get used to it of course, after some time. And as a band, playing live does feel different not having my brother on stage and somebody else playing guitar. But we make it work and do the best with what we can. We are totally different because he is not in the band anymore. That is why we decided to lead more with keyboards for our songs than with guitars.

InqPOP!: You said that the album is about being “inside that dream” and that in such a brief period time, your life has changed during the journey. What are the specific changes, as a band and as individuals, that you experienced?

Sydney: Jamie leaving the band was the biggest change. And with him having a baby and us becoming aunts and uncles is really, really a sweet change. We get to hang out with him all the time and find baby clothes together. So that was really a big change. Another one is being able to release music at this time and having people know who we are is just awesome. Because the first time we released music, we didn’t have fans yet so we are just tweeting to our friends. Now, we are tweeting to our fans which is amazing and getting to hear their reactions is really cool. There are a lot of life changes, of course, but these are just the major ones.

Sydney: Honestly, we chose this to be the first song that people heard off the new album because it is personally one of our favorites from the album. And also, when I showed my friends the album, they usually said that this one is one of their favorites too. You want to pay attention to what your friends say because they are the same age as our fans and we really want to take what they say more than anyone else.

We also thought that it’s a fun way to start off the new record because the acoustic guitars that lead the whole song is what we write most of our songs on and what we’ve always done. It kind of brought us back to our roots a bit but also showed the new sound of Echosmith. There is no other song like it in the new album. It’s very unique but it still fits into the same family of all the other songs. So we felt that it is very fitting.

Goodbye is about having to say goodbye to a relationship. And that could be with a family member, a friend, or a romantic relationship. Having to say goodbye is really hard and that’s kind of what we are talking about. Sometimes that’s because the other person needs to go find themselves and it is really hard to find yourself within a relationship. So it is deciding that this is healthier for me than not being in this relationship right now and making that choice for yourself. But also trying to find the good in goodbye and having a good perspective about something so difficult.

InqPOP!: You’ve collaborated with other artists in the past (Echosmith provided the vocals for Russian-German DJ and musician Zedd’s track “Illusion”, featured on his second studio album titled True Colors in 2015 and in 2016 Sydney collaborated with The Goo Goo Dolls on their song, “Flood”, which can be found on their album Boxes), would you also like collaborate with other artists for your future albums? If so, with whom? (TOM artist).

Sydney: For this album, Inside a Dream, we didn’t collaborate with other artists or have anyone featured but we wrote [songs] with Ryan Tedder from OneRepublic and Jon Foreman from Switchfoot which was really cool. But after this album maybe we’ll do more or maybe we’ll feature in other people’s albums You’ll never know. So we’ll see but, we are a huge fan of Coldplay and The Killers so working with them one day would be really great.

InqPOP!: What advice would you give to all the young Filipino musicians out there?

Sydney: I would just say that you should love what you do and have patience because music takes a long time. If you love it then it’s really worth the wait. And just make sure you love what you do no matter what it is. 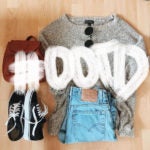 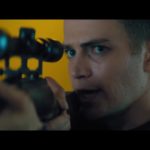