MTV Asia airs Linkin Park: The Ride on MTV on tribute to the life and legacy of Linkin Park’s Chester Bennington 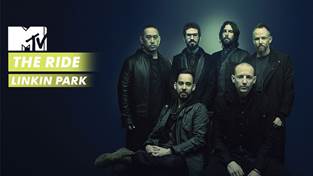 MTV Asia pays tribute to the life and legacy of Linkin Park’s Chester Bennington, with airings of Linkin Park: The Ride, which will premiere tonight, Friday, 21 July at 8.00pm (WIB), 9.00pm (SG/ PH), 10.00pm(MY) and will repeat all week till 28 July 2017. Legendary heavy metal band, Linkin Park takes viewers on a ride, revealing the biggest moments of their career so far. Fans can also catch Linkin Park: The Ride on mtvasia.com. In addition, the channel will be featuring music blocks of MTV Tribute: Chester Bennington till 27 July 2017.

MTV’s The Ride follows today’s hottest artists as they reveal the most game-changing moments that transformed their lives, culminating in the #1 most important moment that changed everything. There’s nothing more powerful than an artist speaking their truth. The Ride lets today’s most talented performers tell their story – like no one’s ever heard before.

MTV is the world’s biggest youth entertainment brand. With a global reach of nearly 785 million households, MTV is the cultural home of the millennial generation, music fans and artists, and a pioneer in creating innovative programming for young people. MTV reflects and creates pop culture with its award-winning content built around compelling storytelling, music discovery and activism across TV, online and mobile. Outside of the United States, MTV is part of Viacom International Media Networks, a division of Viacom Inc. (NASDAQ: VIAB, VIA), one of the world’s leading creators of programming and content across all platforms. For more information about MTV in Asia, visit www.mtvasia.com.