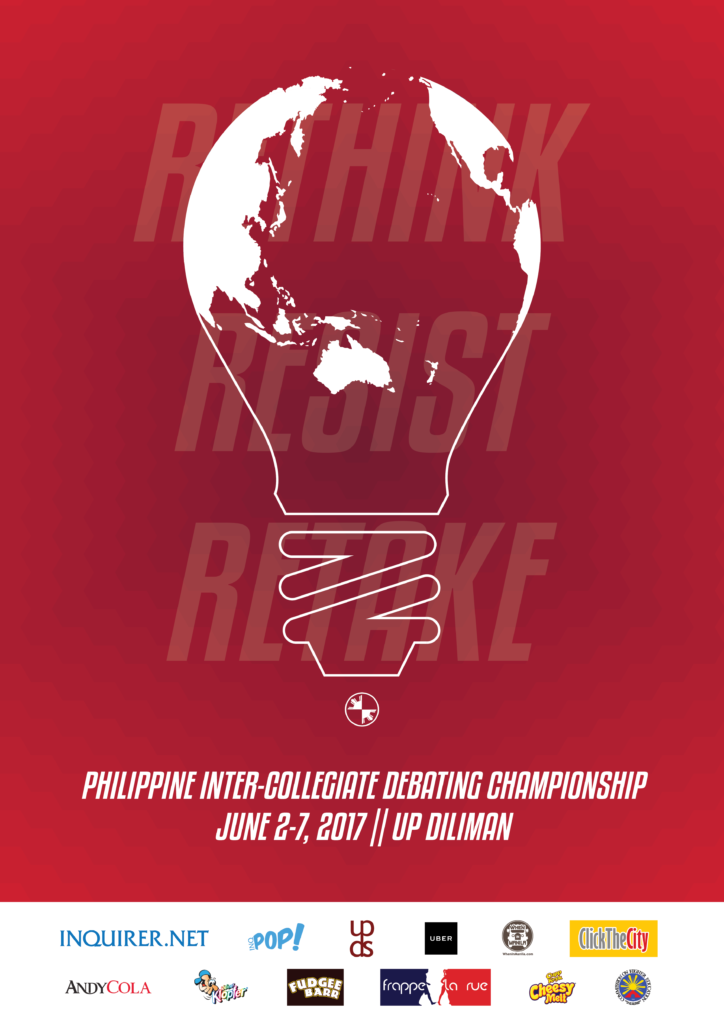 With a clean sweep after seven preliminary rounds, the Ateneo de Manila University (ADMU) emerged as champions of the largest national debate tournament in Asians Parliamentary format hosted by the University of the Philippines Debate Society on June 2-7, 2017, outwitting 54 teams from 17 institutions.

The team composed of Andrei Buendia, Katrina Chan, and Mika Filoteo went against the De La Salle University (DLSU) represented by Patrich Lozano, Marina Lim, and Katrina Bausas in a motion that individuals should prioritize the pursuit of happiness over familial relations, with Chan awarded as the Finals Best Speaker at the Philippine Trade Training Center (PTTC).

The Ateneo also bagged the top three best speaker awards of the competition, respectively; while Jason Dizon of DLSU came out on top among 65 adjudicators.

This year, the winning institution of PIDC will represent the Philippines in Thailand for the Human Rights Debate organized by the ASEAN Intergovernmental Commission on Human Rights (AICHR) Debate along with the tournament’s best adjudicator on September.

Backed with its main message “Rethink. Resist. Retake.”, the PIDC 2017 inspired its participants to rethink realities, to resist the chains of conformity, and to retake the truth for those who have been robbed of it.