The live-action film remake of Tokyo Ghoul will be released in the PH soon!

Fans of Sui Ishida’s dark fantasy manga series Tokyo Ghoul will now get to see their fave characters come to life in this live-action film adaptation directed by Kentarō Hagiwara.

It was recently announced that the film will be screened in ten Southeast Asian countries, and the Philippines is part of the roster!

YASSS! This is definitely our next must-watch film after In This Corner of the World in June!

The other nine countries are Singapore, Indonesia, Taiwan, Hong Kong, Macao, Malaysia, Brunei, Vietnam, and Thailand. Though it wasn’t specified when the film will premiere in each country, we bet it’s some time around the third quarter of the year. 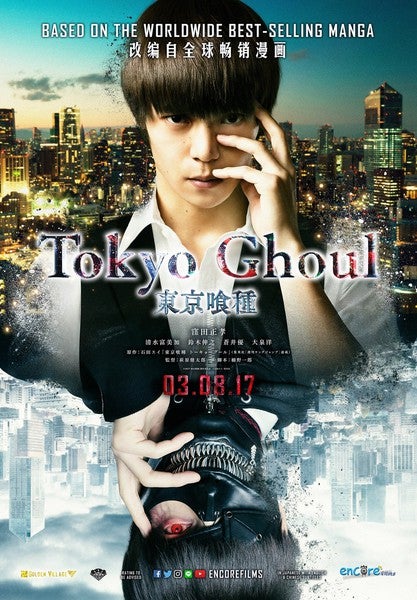 Tokyo Ghoul is about Ken Kaneki, a college student who transformed into a half-ghoul after being attacked by his date, Rize Kamishiro, a ghoul. Now, Kaneki struggles to adapt into ghoul society while keeping his true nature from humans.

Filled with a great deal of action, drama, and dark fantasy, the film stars Masataka Kubota (from live-action Death Note) as Ken Kaneki, Fukima Shimizu as Toka Kirishima, and Yuu Aoi (from live-action Rurouni Kenshin) as Rize Kamishiro. It is set to premiere at the Marunouchi Piccadilly theatre in Japan on July 10 before its official release on July 29.

You can check out its official trailer below: