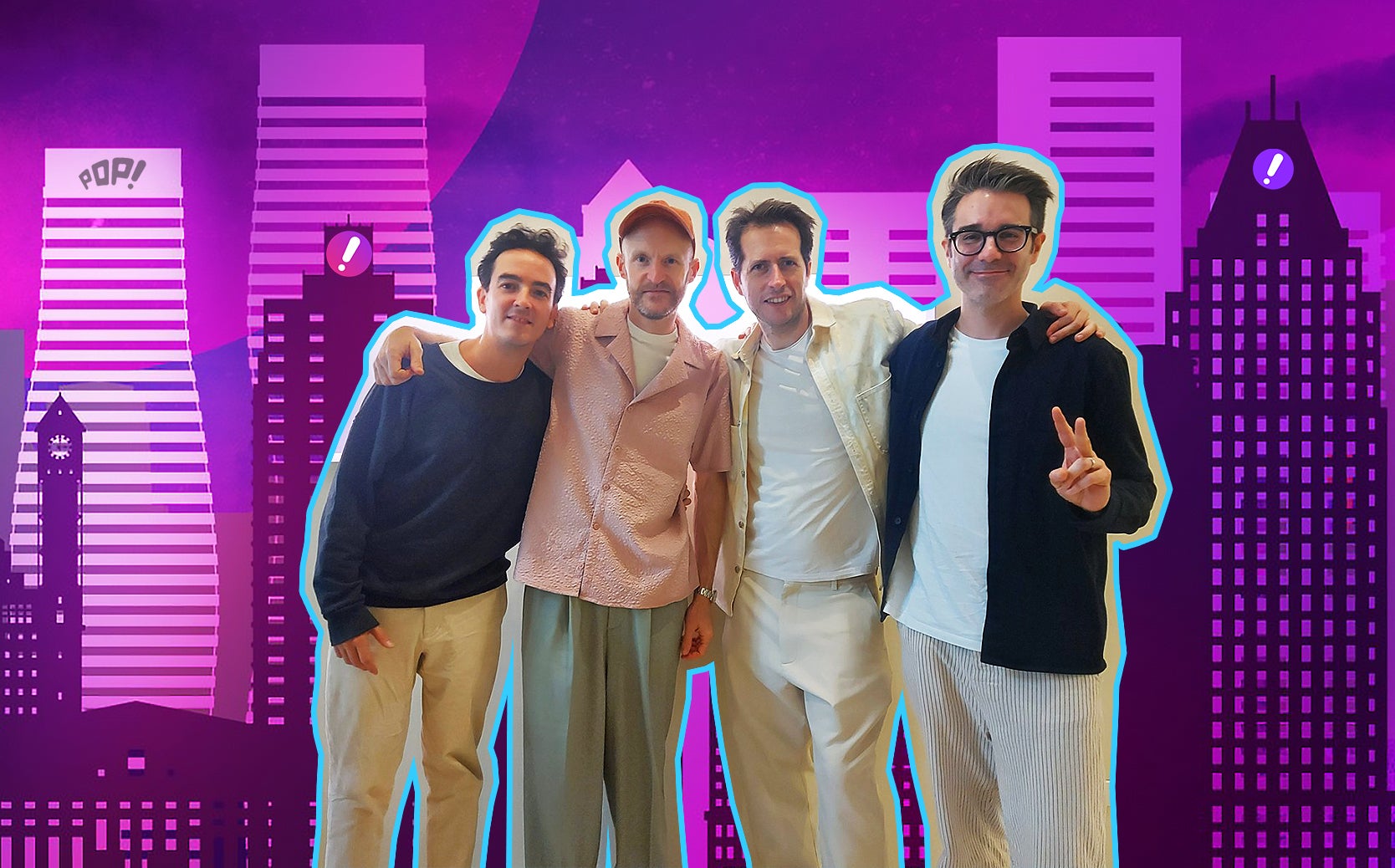 PREP’s got us all singing again

PREP initially came about as a proxy moniker for four London-based artists with an overwhelming roster of hits and credits under their sleeves. Known for their electronica, modern R&B, and 70s to 80s-inspired synth-pop, jazzy-dreamy hits, the band is composed of Keyboard player Llywelyn Ap Myrddin (a classical composer with a penchant for electronic music), House music producer Guillaume Jambel, Grammy-nominated producer Dan Radclyffe, and their vocalist-lyricist Tom Havelock, who is famous for his graceful music and voice vibe that catapulted Cheapest Flight, their most celebrated hit (a song included in their maiden EP ‘Futures’) that garnered over 7 million streams online.

Filipino music lovers are no stranger to PREP, and vice versa, as the band had already visited the Philippines in 2017 when they played twice at 19 East, wowed the crowd of Wanderland Festival in 2019, and just recently, when they included the Philippines to their list of destinations of their 2022 Asia Tour in Bangkok, Manila, and Seoul. “When we came to Wanderland, which was in 2019, that was the first time, if I’m not mistaken, that we’ve ever flown in and out of a country for a concert. Back to the UK, or from the UK,” Radclyffe mused.

This year, the Samsung Theater was jam-packed as they showcased their musicality to stoked Filipinos who have been waiting to see them again since the pandemic. Fans were happily singing along to their hit songs Cheapest Flights, Line by Line, Futures, As It Was (a cover of Harry Styles’ 2022 hit single), and Who’s Got You Singing Again. PREP excitedly shared how delighted they were to be in the room with such awe-inspiring energy, which the Filipino audience is known for.

“It’s kinda crazy, it doesn’t feel that long. But we’ve really missed it, the 19 East where we played a couple times before, I don’t think we’ve ever had a crowd like it the energy in the room,” Havelock said to which Jambel added: People don’t sing just the choruses, they sing the verses too. Sometimes the solo.” The energy of concert goers in the Philippines has always been one for the books and apparently, PREP doesn’t get that in London, where the audience Havelock revealed, usually cross their arms, and stare them down. “But it’s like in Japan the audiences a bit quieter, but it’s out of respect. In London they’re quiet but it’s out of disdain,” Myrddin quipped.

PREP’s cover of Harry Styles’ booming pop track As It Was is an easy listening earworm. But while Styles’ rendition is somewhat melancholic, as he recounts his poignant emotions of solitude and his past, and talks about metamorphosis, and embracing change, then concealing it with synths and an upbeat sound, evocative of 80s music, PREP successful cover is pensive, effortless, dreamlike, tranquil, and far more laidback. It evokes a slow, wistful footing, married with a rich synth-focused that veil the surreal vocals, turning it almost into an ethereal edition of this Styles’ smash hit.

“I mean we’re just delighted we did that song really quickly. We normally take a long time to make music…months. We kind of do a little bit, then we leave it. Come back to it. See what we think. Tinker a little bit. That one we were on tour in America. And we just went into studio and did it in one day,” Havelock revealed. Jambel divulged that it was Radclyffe who suggested the idea: “We could do this new song by Harry Styles!”. They listened to it together the following morning, the guys changed the chords to sound like PREP. Everything was so natural and so fast, they said, which is the opposite of what we usually do, where we painstakingly supervise everything.

Not one to do a song with a fast progression, PREP arranged it with a slower groove, to make it sound like a melody that Havelock would sing. The band’s sax player, who doesn’t listen to the radio, and never heard the original was stunned because he thought it was an original PREP song. “He heard it, it was playing in a shop, and he thought: Why is harry styles doing PREP?” Myrddin remarked.

PREP recently dropped an EP Back to You, which is hinged on building relationships, connecting with people, yearning for somebody, and our longing for belonging. “Back to You is specifically a song that kind of brings it all together in this piece that’s about someone you’ve felt this connection with for a while, but nothing’s quite happened in a way that maybe it could’ve gone. And part of you wants to be shot with it, and cut the ties, but part of you can’t let it go. The habit is strong, and you just keep coming back,” Havelock confessed, and said that it was the most intimate, kind of lowkey song the band has ever done.

Apart from music, PREP gets inspiration from other forms of media like movies, sceneries, or books, and other activities like simply walking around, exploring new cities, traveling, watching plays, and all that jazz. “Being in new places like Manila just does things to your head, just sets things off, and you find yourself jotting ideas down in the last few days way more than normal just from being in new places,” Havelock stated. So, it’s not just music they love, as the guys admit to usually being in tune with everything including going to art galleries, watching concerts, reading, something that they always do together or individually.

PREP has been in contact bands making music of their similar kind, and sort of operating in similar universes. “We were speaking with Phum in Thailand, Phum Viphirit; he knows Anna of the North, who we’ve collaborated with before. Then he shares the same manager as ADOY, another band we’re friendly with. And its yeah, it’s a little bit new to us feeling part of that kind of scene in a way. We’ve never been part of any scene in London, turns out our music is more popular just internationally than it is in any particular London pub,” Radclyffe noted, and said that it’s quite nice to know that there are other people like them, playing their kind of music. While they consider themselves as mostly lone operators, they are, in fact, planning on collaborating with some artists next year, as there does seem to be this international, kind of community. “The international Smooth community,” Myrddin joked.

Besides the planned collabs, PREP also considers 2023 as their year of music videos, as the band plans to revisit the aesthetic of making them, something that they haven’t really done. But what they actually want to explore to travel more widely in the Philippines and visit the islands. The guys said they are just fascinated about the country, especially the Filipinos. “I mean I find, the most obvious thing about the Philippines is the people, and how cool, and warmhearted everyone is. We’ve said it but the singing and energy in concerts, I’ve never been anywhere else like it. The Philippines is my favorite place to do concerts,” Myrddin explained.

While Havelock loves how green the Philippines is and appreciate how the urban landscape is balanced by trees, Radclyffe finds the country unique in terms of where they have visited in Asia because of the Spanish and American influence that gives off a different kind of vibe. On the other hand, Jambel feels how slightly more westernized Manila is, with most people speaking fluent English. The group also intends to visit the Green Door Bar, a vinyl bar which a friend has highly recommended. “I think some people that have been buying our records buy them in that shop, and we want to come down so we could get to meet them,” Myrddin said.

PREP want audience to listen to their music and embrace it as a reassurance and a sort of safe haven when they are bombarded with difficult circumstances, because they admit that some of their hits came from moments when they were merely playing around. For instance, Myrddin was simply fooling around with the chords when Futures was put together. True enough, fans worldwide send them messages about how their songs helped eased their depression, or how it dragged them out of their darkest days. Thus, PREP believes that in the extraordinary power of music.

They are grateful for Filipino fans who waited for them and for showing up, with all that unbridled energy, something they believe is incomparable and authentic only to all Filipino music lovers. The guys released one album and EP since the last time they played the Philippines, and they’ve got a lot of new music for us, making fans so excited.

“We have a lot of people asking us to play in a bigger venue or do another show, so hopefully we can come back again. I mean obviously we’re going to do this show and it’s going to be great. We want to come back and see more. We’ll be back next year for sure. And we’ll be doing bigger, bigger stuff. And more big things to come as well. A big thanks for waiting for us to come back and yeah, we love you guys, and the shows always just kick off like nothing else here. So excited to be back and we can’t wait to see you!” they echoed.

There’s no doubt about it: PREP loves the Filipinos, and the Philippines loves PREP. They also promised to get the Cheapest Ticket to Manila so they could be back soon.

We sure will be PREPping for that! Ba dum tss. 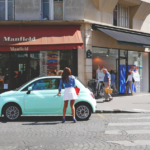 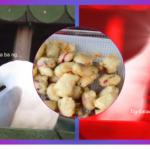