Money is a hard topic to discuss with most Filipinos, as it is already hard to come by these days. With matters about money aggressively worsening by the day, more and more Filipinos are struggling to stretch their budgets to the end of the month, and have little to no time to think about growing their money.

In a Reddit post on the r/phinvest community, one user named PayQuiet5947 asked, “Why are Filipinos so bad with money?” In their post, u/PayQuiet5947 pointed out the following: Filipinos generally believe that cars, homes, crypto, and insurance are great investments, Filipinos have a “weird trust” with banks/digital banks that sell various high interest products, and Filipinos seem to not read or understand terms and contracts.

At the end of their Reddit post, OP asked these questions, “Why are Filipinos so keen on buying liabilities and not properly saving and investing in assets with value? Is it too much work to understand what they buy? What are Filipinos investing for? Do people invest for their retirement of do they depend on their children?”.

OP later on edited his post saying, “Some people are confusing lifestyle purchases and emotions with investing. I thought this was an investment sub. Maybe the poor enjoy staying poor?”.

A lot of people under OP’s Reddit each gave their own insights, with one comment standing out among the rest because of it being a reality check:

Other comments also called out OP for their remarks being too “matapobre” and reeking of privilege. The post itself sounded ignorant and coming from a very privileged kind of background. At the same time, there were other Redditors agreeing with OP, stating the lack of financial literacy in the Philippines.

To be honest and completely straightforward: Investments and investing are the least priority of majority of Filipinos, and there are valid reasons for this.

One, of course, is that the average Filipino’s salary is not enough, nor will it ever “look” enough in this kind of economy we’re living in. Heck, P35,000 can’t even be called a “livable” kind of wage anymore, when it used to be more than a decade ago?

With majority of Filipinos living paycheck to paycheck, do you think they’d still have the time to think about shelving away some money for investments?

Two, not everyone is privileged to have the luxury of financial literacy. Yes, we’re calling it a luxury because only the upper middle class and the rich are the only ones who could afford it. If you can take a look at the list of the wealthiest people in the Philippines, most of them are already from renowned families.

If you observe the businesses that are booming on social media, they’re most often than not, people coming from the middle class or upper middle class. Not to burst anyone’s bubble here, but yes, these people had the opportunity to become financially literate.

Not everyone can distinguish what a “loan” is from “interest”, or a “credit score” from a “credit report”. And those aren’t even the real nosebleed-inducers in their language.

Three, the post somewhat condemned and generalized Filipinos as “being bad” with money. Sorry not sorry OP, but newsflash, not every adult Filipino owns a bank account. According to the World Bank last June 2022, many poorer Filipinos find having and maintaining a bank account to be costly. “57% of unbanked adults in the Philippines say that accounts are too expensive…In the Philippines, 30% of adults (55% of savers) saved in only some other way, making it one of the economies with the highest share of adults doing so,”.

The World Bank also referred to this “saving in some other way” as saving cash at home, and through physical assets such as jewelry, livestock, real estate, and investment products.

Yeah. That 57% is a big number if you think about it, and yes, maintaining a bank account could sound like a need for some Filipinos but can that be the same for others? No.

Four, OP needs a reality check for them to re-read their entire post and check their privilege. They have to realize those three things we mentioned above, and to swallow the fact that not every Filipino can just be an investment bro or whatever they call it.

Also, no. The poor don’t enjoy being poor. Being poor can be quite expensive, but OP doesn’t know that because they may have been privileged their entire life. 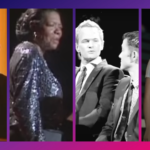 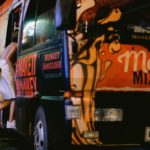