‘Lie to Me’ Official Music Video has been released on the Careless Music YouTube Channel! It features one of the label’s newest artists, Destiny Rogers.

‘Lie to me’ is a slow R&B song that expresses the hurting acceptance of how two individuals feel for the same person. The first person expresses his fear of a growing distance between him and her, he knows it’s going to end and wants it to be as painless as possible—even if she lies to him. The second person is being used as a source of consolation—she’s aware of it and knows that it will be painful, but she accepts it anyway as she would rather have the relationship be comforted with a cloud of lies to drown out the guilt.

Lovescene: is James Reid’s third album following Palm Dreams. It’s a “loverboy” Pop album that showcases how James gets close and personal as he explores the life and death cycle of romance through honest song writing.

Actor, singer, songwriter and record producer, James Reid is a true creative with a tireless passion for developing his artistry. James is the founder and president of Careless. Driven to discover and cultivate artists, he seeks to elevate the local music industry to an international level by providing Careless artists exposure through a global platform. James has been on multiple film box office hits and award-winning television shows. He is one of the most sought-after artists, not only in the Philippines, but also internationally within the Filipino community. Fusing together elements of neo-soul and funk into pop and R&B tracks, the essence of James’ music is inspired by all things love and his current realities that surround him. Philosophical and ever-curious, James is an environmentally conscious individual who is constantly striving to both seek and share knowledge of how to better take care of the world we live in.

Destiny Rogers is a 21-year-old Destiny Rogers is a singer, songwriter, and multi-instrumentalist who was born and bred in Lodi, a small Northern California town. After a few years of busking in Los Angeles on the weekends and facing trials and tribulations of the music industry, she was finally connected to members of Grammy-Award winning songwriter/producer team The Stereotypes (Bruno Mars, Cardi B) and eventually began working with them. She signed to their label, Beach Wave Sound in 2018 and released her debut EP Tomboy via Beach Wave Sound/RCA Records the following year.

Stream Lie To Me here. 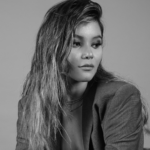 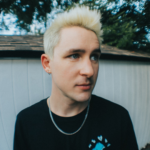