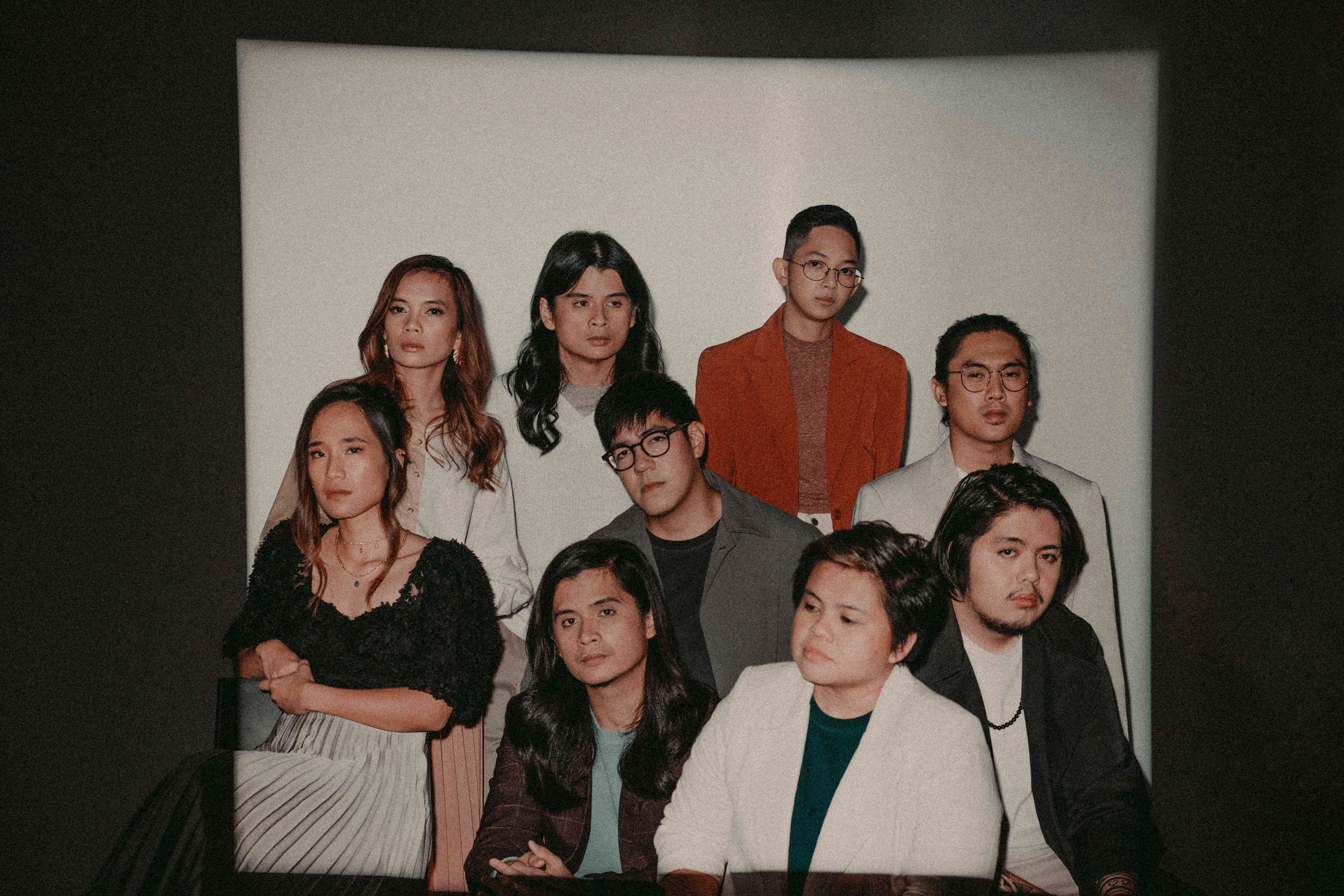 So, I apologize, for coming into your life. Just to break your heart in pieces and then leave you in the night…

Closure.  It’s bittersweet, heart-rending, emotionally impactful, and hauntingly beautiful. These are the same deep feels that come to mind and hit the heart the first time one listens to Ben&Ben’s newest international single “The Ones We Once Loved”.  Written by the band’s Paolo Benjamin Guico himself, the stripped-down track offers a unique perspective on love, forgiveness, and breakup even in its apparent weightlessness, with lyrics that say all the things left unsaid during a painful breakup. 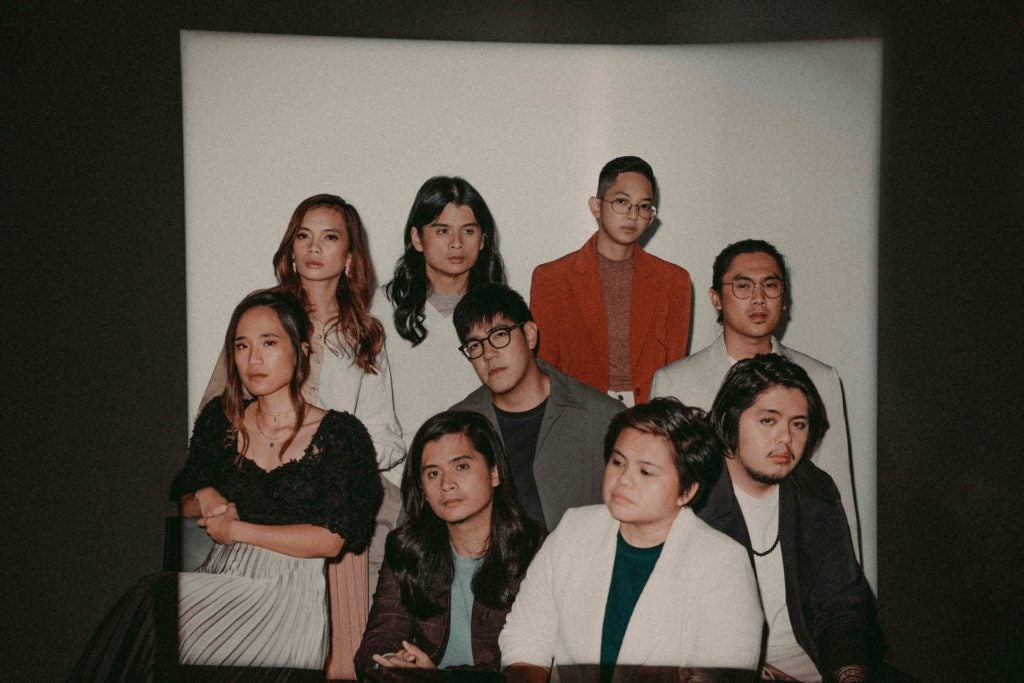 Released under Sony Music, their new single “The Ones We Once Loved” is a quietly startling confessional, the track of which builds its staircase to somewhere personal and intimate, offering a unique perspective on love, forgiveness, and separation.

“It’s a letter to people who have come and gone in our lives.  It’s what so many of us are often too afraid or unprepared to say after a difficult breakup,” he said.  It makes sense, because ideally, relationship closure involves two people who often have to let go of each other without fully talking about why they’re ending it.  And for moments when one does not know how to move on, one safe way to deal with the end of a relationship without closure is to write the person a letter and express everything one wants to say–including good and bad, ugly, and beautiful.  “This new single is a collection of messages and feelings which we rarely express, and we now verbalized in this song; messages such as ‘thank you’, ‘sorry’, and ‘goodbye’,” Paolo revealed.

Prior to the official launch of the single, mysterious billboards and posters alluding to a new Ben&Ben release have recently appeared in strategic locations all over Metro Manila.  Some were found posted in gates, lampposts, and one even standing out in the strip of billboards near the Guadalupe bridge area, in EDSA.  The materials, which contains discarded film photos with texts such as, So I apologize for coming into your life, Maybe we were meant to be a lesson to each other, and Did it ever cross your mind that maybe you hurt me too? and more—exposing some personal thoughts. 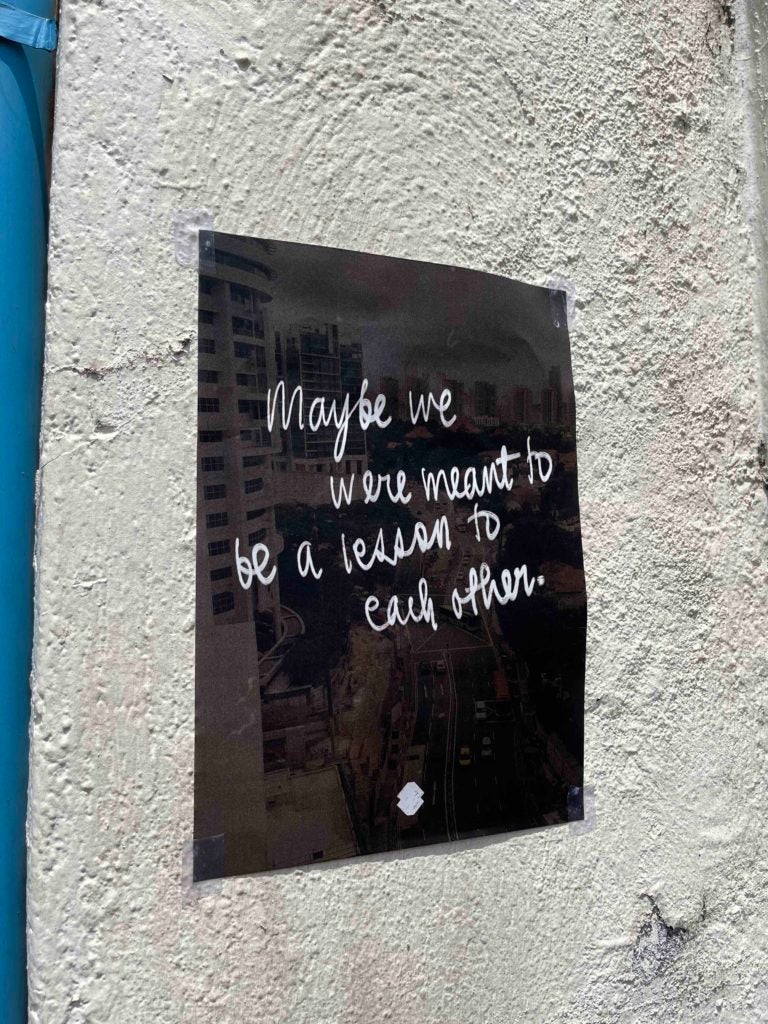 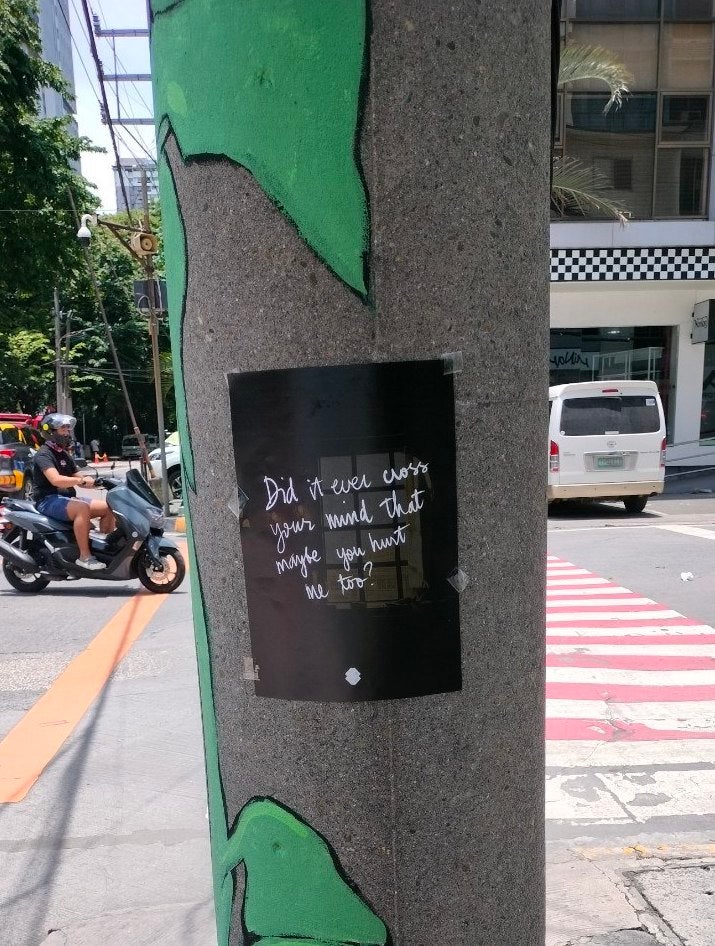 Weeks ago, the nine-piece Filipino collective tweeted what looks like a snippet of a lyrics offering an intimate take on the painstaking process of letting go.  Apparently, all these posted hugots are part of the lyrics of this new heart-breaking single.

In his latest IG and Twitter post, just before the song’s global release, Paolo bared his heart by admitting that this new track was one of the most personal, and vulnerable songs he has ever written and it is—indeed, as Paolo himself confessed—based on a love journey from his not-so-distant past.  All the emotions and lessons he has learned from his experience, he poured into the song.   “As most of you have known, a few years ago, I was in a long-term relationship which you have known much about, [because] we shared a bit of our journey with you. And then, it ended.  “The time that passed since then has been an incredible journey of self-discovery, healing, and growth for the both of us, individually,” he wrote on his Instagram. 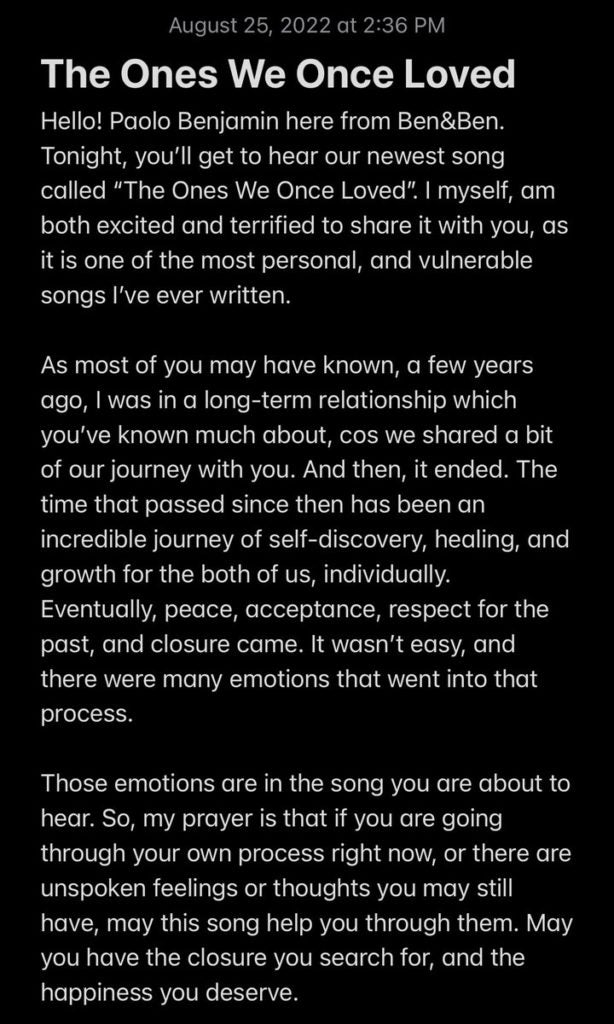 In an official statement the OPM hitmakers said that The Ones We Once Loved is a song that owns up to one’s faults, makes proper apologies, but also expresses hurt, as breakups are often two-way things. It’s also one of the hardest songs they have created, because it requires the writer to forgive himself for his past and own up to his faults and mistakes. The painstaking process towards that state, the cycles of anxiety and catharsis that the writer went through, and the eventual expression of all of that in the form of this song, as an encapsulation of such a heavy journey, is what makes this song stand out among their other songs.

Produced by Johnoy Danao and Jean Paul Verona, the song takes a deceptively stripped-down approach in terms of musicality, but careful not to lose the earnestness that defined their recent hits. According to the folk-pop outfit, they wanted to keep the arrangement as bare and as transparent as possible while still maintaining a certain depth, weight, and storytelling within instrumentation.

“Supporting the vocals is the staple piano sound, as one would hear when being sung the humblest and sincerest of songs, slowly followed by more and more melodic instruments as the singer opens up and exposes vulnerability,” Ben&Ben explained the sonic motif behind the release. “At the end of the day, we wanted to make an arrangement that would provide no barrier to taking in each meaning of every word of a song that has so much to say.”

Backed by rich but sparsely layered instrumentation, the song, particularly its chorus, captures “what so many of us are often too afraid or unprepared to say after a difficult breakup.” Hoping that listeners would take responsibility in making amends with oneself, and the person on the other end of the grieving process, the band shares, “We are hoping that this song somehow helps people bridge that gap and feel the importance of really letting go through a multi-faceted forgiveness: one of the other, and of the self.”

For Ben&Ben, channeling their energies may be the hardest part of the creating and producing a beautiful song like The Ones We Once Loved, but as Miguel Benjamin puts it: “We have stopped trying to chase a hit. We are a family, and we always remind ourselves why we are together, to ground ourselves that we write songs out of our pure love for music.”

The poignant track has a tinge of Adele in it, with lyrics about love, heartbreak, and loss, so listeners could easily relate and connect with this soul-bearing track.  Thus, when asked, Ben&Ben’s dream collab is with the British singer-songwriter Adele herself.  “We also want to reach out and collaborate with other Filipino artists like Bretman Rock, Bruno Mars, and other Filipinos all over the world reaching out back home. We want to be part of that community,” the band revealed.

Ben&Ben also dropped a performance video of “Stand By You,” featuring Indonesian superstar Pamungkas. The collaborative visuals, which was recorded earlier this month at SoundCheck Studio, has racked up more than 220,000 views.

Everyone know that TOTGA is an abbreviation that means “The One That Got Away” or the person we knew we loved but regret letting go of.  Meanwhile, a week before the launch, Ben&Ben encouraged fans to use the hashtags #BenandBen #BenandBenTOWOL, and #TOWOL and #TheOnesWeOnceLoved as part of its Twitter activation campaign promoting the international release of “The Ones We Once Loved.” The hashtags revealed official and exclusive Ben&Ben Twitter emojis and unlocked a special preview of the song on August 24, 2022.

Now with the hashtag TOWOL, people started asking: Is it going to be “Hello TOWOL, goodbye TOTGA?” They laughed because while it was not their intention, that could be a possibility.  “We don’t know yet, actually, we didn’t think of that. But now that you mentioned it, let’s make it a goal,” the band quipped.

“The Ones We Once Loved” serves as Ben&Ben’s official single in support of their Philippine send-off concert and North America/Canada Tour in 2022.  It also marks their first collaboration with globally renowned photographer Geloy Concepcion, whose work was recently featured in Vogue Magazine, and other notable publications and exhibits worldwide.

“We’ve always wanted to do a collaboration with Geloy Concepcion as most of the band members look up to him, that when we realized he would be the perfect artist to work with for The Ones We Once Loved, we instantly took a chance and set a meeting up with him,” Ben&Ben shares.  “In Geloy’s current project ‘Things You Wanted To Say But Never Did’ we saw how resonant and resemblant his messaging was to The Ones We Once Loved and that he may be the best artist to communicate the song’s message. Geloy’s eye and his way of introducing a space to let out feelings and emotions was one we wanted to emulate in this campaign—a space where people sit safely and quietly with their feelings.”

Set to conquer the international stage with their first North American tour, the Paninindigan Kita music act will be performing in iconic and key venues across nine cities in the US and Canada—ahead of their send-off concert on September 3 at the CCP Open Grounds.

If there is a single message Ben&Ben’s TOWOL would like to share, it’s closure and all about things left unsaid during a breakup.  That is why the song resonates the hurt. “Reality hurts sometimes, but we must talk about real things.  We are often given people not to stay in our lives but to teach us a bittersweet lesson.  These lessons will bring something good in our life,” Paolo concluded.

“I tried my best to stay by your side but who knew the rolling seasons would reveal that sometimes.  We aren’t meant to be the one.  So, goodbye to the ones we once loved.”

Ben&Ben’s “The Ones We Once Loved” is out now on all digital music platforms worldwide via Sony Music Entertainment. 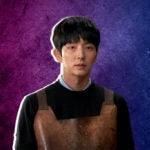 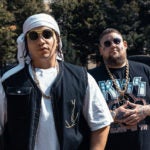