In case you haven’t been to any live shows yet in the past months, are you worried your fan heart is no longer beating? Or maybe, it’s aching for more? Well, don’t worry, PULP Live World has your back and is set to continue pumping joyous blood in your long-deprived fan heart.

As one of the largest and most diverse companies in the Concerts/Live Events industry in the Philippines, PULP will definitely stay true to its legacy of bringing world-class names to perform in front of you.

In the coming days and months, here’s what the fans can expect from PULP.

Oh, c’mon, PH ELFs! PULP knows you already have the ka-ching for this as the K-Pop world’s ahjumma and ahjussi.

After almost three long years, the second-gen kings Super Junior is back to bring you legendary performances this coming August 6 at the SM Mall of Asia Arena.

Ticket selling already began last July 17 via the SM Tickets website. We hope you already have yours! #SS9inManila

Prepare to get serenaded as PULP brings you the All Time Low’s pop-punk sound and sentimental lyricism that’s better felt when witnessed live!

After the “All Time Low: The Young Renegades Tour” in Manila 5 years ago, the boys are finally back to set your souls on fire on August 15 at the SM Mall of Asia Arena. This time, with the Pinoy favorite rock band, CHICOSCI.

Hurry and get your tickets now via the SM Tickets website. #ATLinManila2022

Hi there, PH Ahgases! We know y’all have been waiting for this intimate interaction with GOT7’s handsome maknae. PULP said: Here you go!

YUGYEOM will finally have his first-ever solo concert in Manila on August 19 at the New Frontier Theater. Prepare to embark on exciting fan activities with him, which would include a Meet & Greet and Goodbye Session with some lucky fans!

Get your tickets now via all TicketNet branches or through their website. #YUGYEOMLiveinManila

4. THE MAINE BACK IN MANILA

PULP is also here to be the friend that will support you in your emotional ride as they bring back the “Arizona emo group” in Manila!

The Maine is now prepared to sing its newest songs and celebrate its very special 15th anniversary with the Filipino fans this coming August 27 at the Skydome, SM City North EDSA.

Hold your tears for a while and get your tickets now via the SM Tickets website. #TheMaineinManila2022

Take a deep breath, PH Neverland! You’re about to be graced with a royal presence.

No global phenomenon could stop them from meeting their Filipino fans anymore because G-IDLE will finally be here this coming September 11 at the New Frontier Theater.

Ticket sales began on July 31, so make sure to have yours now on TicketNet outlets or through their website. #GIDLEinManila2022

The Queen City of the South is also ready to rock and roll as PULP Live World and Skesh Entertainment bring the Boston favorites to Cebu!

Prepare to get nostalgic with some of the most iconic songs because Boys Like Girls will now have their first Philippine show in a decade this coming October 12 at the Sky Hall Seaside Cebu.

The long wait is over, but the line isn’t, so get your tickets now via the SM Tickets website. #BoysLikeGirlsCEBU2022

MOAs are meant for this, so PULP had to match them with a plural two-night concert in MOA with the best boys!

This will be an actual Moment of Alwaysness because TOMORROW X TOGETHER (TXT) is now set to have their first-ever concert in Manila on October 15 and 16 at the SM Mall of Asia Arena.

The fans would have to stay tuned as ticketing details are yet to be announced. #TOMORROW_X_TOGETHER_WorldTourinManila

Still not convinced this would be your best fan year? Calm down; PULP isn’t finished.

With final dates and more official details yet to be confirmed, the fans should also get ready for RUNNING MAN ‘A DECADE OF LAUGHTER’ TOUR IN MANILA to be held at Mall of Asia Arena, ONE OK ROCK EYE OF THE STORM ASIA TOUR 2020 Live in Manila happening at Araneta Coliseum, and SLIPKNOT LIVE IN MANILA at the Amoranto Stadium hopefully this year! 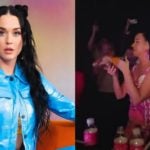 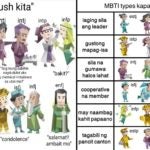