Hunter x Hunter is finally coming back! Its author Yoshihiro Togashi recently joined Twitter to announce that he’s making four new chapters for the popular shounen manga. Fans are excited about the comeback, but no one could be more stocked about it than YouTuber Totsugeki Tarue. This man put himself through real-life hell for two years just to show his appreciation for Hunter x Hunter and its creator.

In 2020, Tarue started live-streaming videos titled “One Thousand Karate Punches of Gratitude a Day Until Hunter x Hunter Resumes Serialization.” Tarue would stream himself actually doing 1,000 punches and would do this every day, just like the titles of his live streams say. He truly dedicated himself to this anime training arc until Hunter x Hunter finally comes back from a long break. In his first live stream, he wore a brand new karate uniform. Two years later, he’s wearing the same clothing, but it’s badly ripped up from all the punches he’d done while wearing the uniform. Man is looking like an anime protagonist already.

there’s this guy who livestreams himself doing 1,000 punches a day until hunter x hunter resumes serialisation and look how tattered his clothes are now compared to when he first started 😭 pic.twitter.com/NhxKsqxtDy

In this video, you can see how much Tarue improved his punching over time.

the progress is insane 🤯 his twitter is @TarueTotugeki btw !!! pic.twitter.com/cMmXnG1xkc

He started out with quick weak punches, but in his latest streams, he punches with much more power and seems to do so with increased stamina. It’s a real-life training arc that paid off! Of course, Hunter x Hunter fans know that Tarue is also paying tribute by imitating the fast punches of Isaac Netero. Furthermore, he still threw 1,000 punches even after getting his COVID vaccine, which caused fever and a ton of pain in the arm. He’s truly dedicated to his craft.

Last May 25, after the announcement that new Hunter x Hunter chapters were being made, Tarue did a stream where he threw 10,000 punches instead of 1,000. The stream lasted for 10 hours!

Tarue also talks about the clothes that had been badly worn out. He says that it started to rip up around the waist and then on the sides of the clothing. He blames the rips on the fact that he washes the clothing every day, but I’d rather believe that his karate uniform deteriorated because of his constant training – it sounds way cooler.

Tarue was also asked if he cares to be recognized by Hunter x Hunter Yoshihiro Togashi, but the humble man was not interested at all. A translation from Kotaku claims that Tarue said this: “I like Hunter x Hunter too much, so I want Mr. Togashi to be a lord who doesn’t know me.” 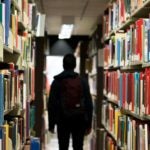 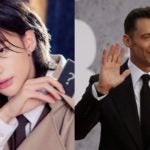