When talking about Barbie or a Barbie movie, the song that immediately comes to most people’s minds is the “Barbie Girl” song by Aqua. But the manager of Aqua’s lead singer Lene Nystrøm, Ulrich Møller-Jørgensen, told Variety that the music will not be used in the upcoming Barbie movie without disclosing further details as to why the song won’t be used in the film.

Barbie fans are disheartened after knowing that Aqua’s iconic “Barbie Girl” will not be used in the upcoming live-action movie Barbie.

Aqua confirms their smash hit song “Barbie Girl” won’t be in the Margot Robbie “Barbie” movie. Then what’s the point of making a Barbie movie? pic.twitter.com/RxoadrJhe1

Then cancel the movie??? You don’t make a Barbie movie without Aqua’s Barbie Girl! https://t.co/g7xEBkxSjb

imagine making a film about barbie with incredibly hot people and not using the bop that is barbie girl by aqua? r i d i c u l o u s

I get it that obtaining the rights to the “Barbie Girl” song would be very difficult rn for legal reasons, but for goodness sakes, how can u not get it for this movie??? https://t.co/Uw2kUkfhLj

OF FUCKING COURSE "Barbie Girl" is not on the soundtrack. It's a Greta Gerwig film, are you stupid?

Since “Barbie Girl” became a worldwide hit in 1997, it’s been a subject of controversy. Barbie manufacturer Mattel sued record label MCA Records for trademark infringement. The toy company was unhappy with the song’s inappropriate lyrics and concerned that it could potentially harm their wholesome Barbie brand. Even though the lawsuit and counterclaims were dismissed in court, the relationship between the parties remains strained.

The live-action Barbie movie will be starred by Margot Robbie, directed by Greta Gerwig, and is set to premiere on July 21, 2023. 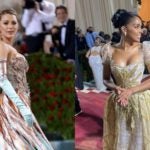 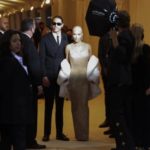