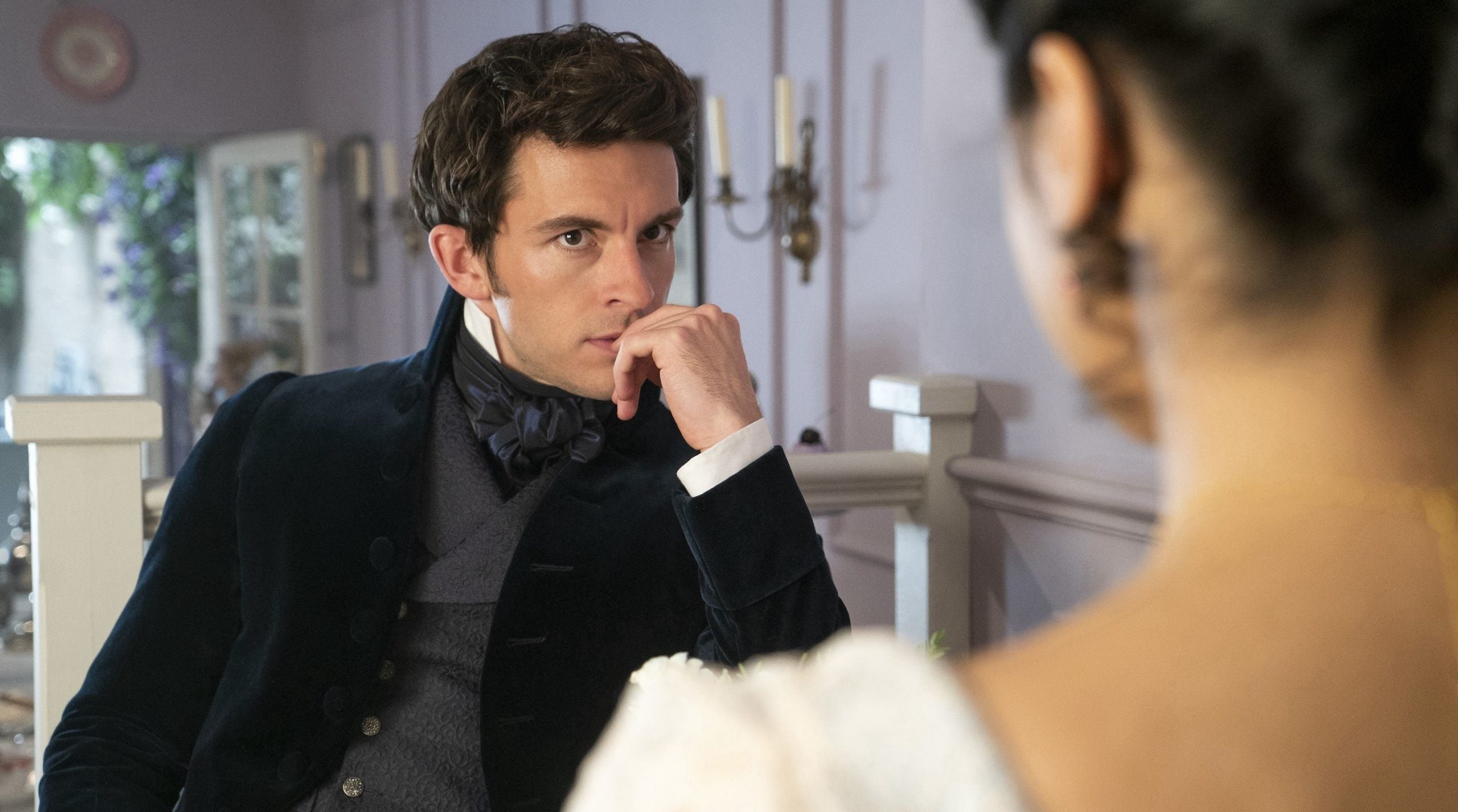 Actors need to shapeshift (both literally and figuratively) to fit the many roles that they get to play. While straight actors have been known to play gay characters, the same is also true for gay actors playing straight roles. 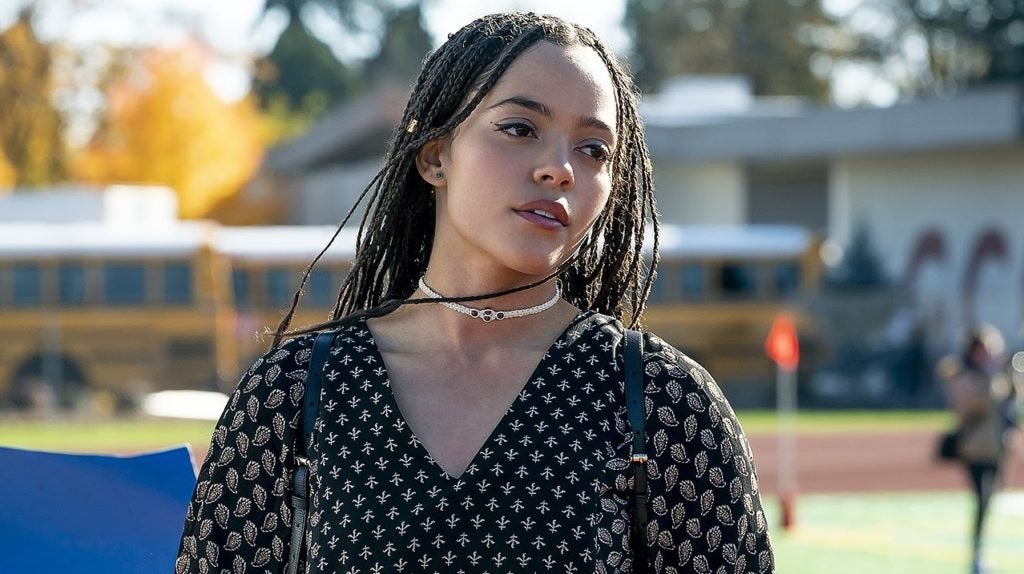 Quintessa Swindell identifies as nonbinary and prefers the pronouns they/he. Swindell played Tabitha Foster on the Netflix series Trinkets where they are one part of a trio who are all dealing with kleptomania and their different reasons for stealing.

Swindell also appeared in Euphoria as Anna, who Jules met in the first season of the show.

Luke Evans is an openly gay Welsh actor and singer. Luke Evans took his own spin on the obnoxious character of Gaston in the 2017 live action remake of Beauty and The Beast.

About being a gay man playing straight characters, Luke Evans once said in an interview that “you can be happy with yourself and you can also be whoever you want.” He adds that “you can have any career you want and nothing should dictate what you do because of your sexuality.” 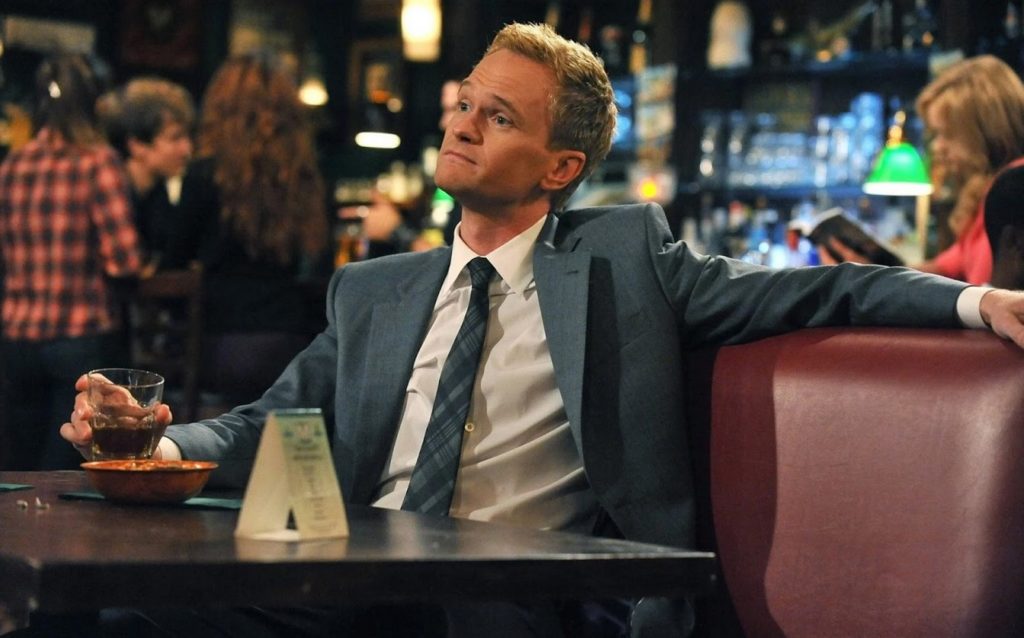 From 2005-2014, viewers witnessed hundreds of ways that Barney Stinson could get girls into bed in the comedic series How I Met Your Mother. Neil Patrick Harris’ performance of the character was legen–wait for it–dary.

About the role, NPH said that “as an actor, you certainly hope you can be a visible option for all kinds of different roles. I played a character (in HIMYM) for nine years who was nothing like me.

In 2006, NPH came out saying that he was “happy to dispel any rumors or misconceptions,” that he is “quite proud to say that I am a very content gay man living my life to the fullest and feel most fortunate to be working with wonderful people in the business I love.”

His husband, David Burtka, also appeared in How I Met Your Mother through the recurring role of Scooter, Lily’s one and only ex-boyfriend from high school. 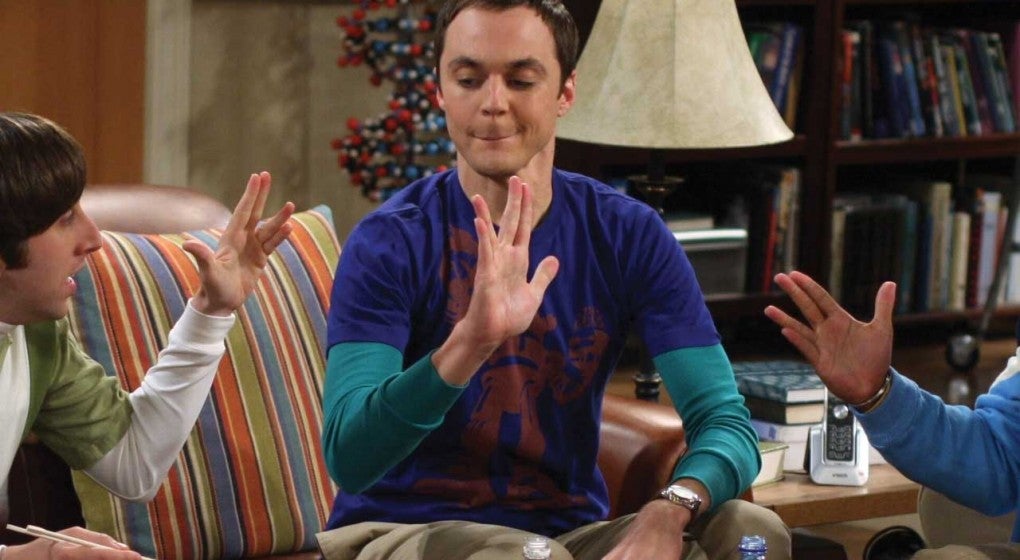 With characters like Greg Wheeler in A Kid Like Jake and Larry Simpson in Extremely Wicked, Shockingly Evil and Vile, Jim Parsons has displayed his range in acting. He was also able to show a more intimate side of himself through his role as Michael in the 2020 drama The Boys in the Band.

One of his more iconic characters would be the dry, witty, and brainy Sheldon Cooper from The Big Bang Theory which ran from 2007 to 2019. Throughout the series his relationship with his close friends, and later with Amy Farrah Fowler, helps him develop and grow as a more empathetic human being. 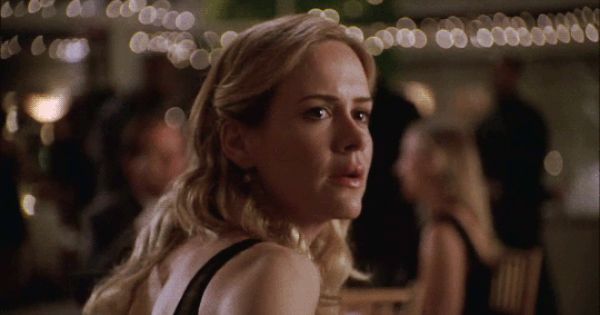 On Studio 60 on the Sunset Strip Sarah Paulson plays Harriet Hayes, who was reportedly loosely based on American singer and actress, Kristin Chenoweth. In 2018, Sarah Paulson also played a bored suburban stay at home mom in Ocean’s 8.

Alongside these roles, Sarah Paulson is also able to play LGBTQ+ roles such as those she plays in the American Horror Story anthology series.

Sarah Paulson has dated both men and women, explaining that she likes to see her sexuality as something fluid. 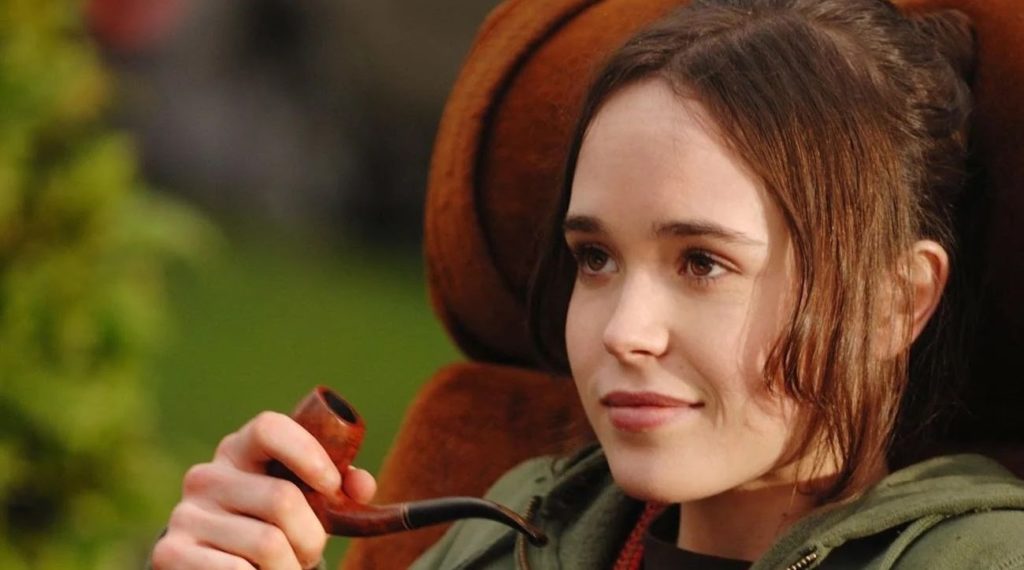 Before coming out as gay in 2014, in his heartwarming speech delivered at the Time to Thrive conference which aims to promote LGBT youth welfare, and later as a transgender man in 2020, Elliot Page was cast as the titular role of the comedy classic Juno.

In the 2007 film, Elliot Page plays teen Juno MacGuff who becomes pregnant (with Michael Cera playing the baby’s father aka. Paulie Bleeker) and decides to give the child up for adoption.

After coming out as a trans man in 2020, Elliot Page became the first trans man to be featured on the cover of Time magazine. The quote “I’m fully who I am” accompanies Elliot on the front. 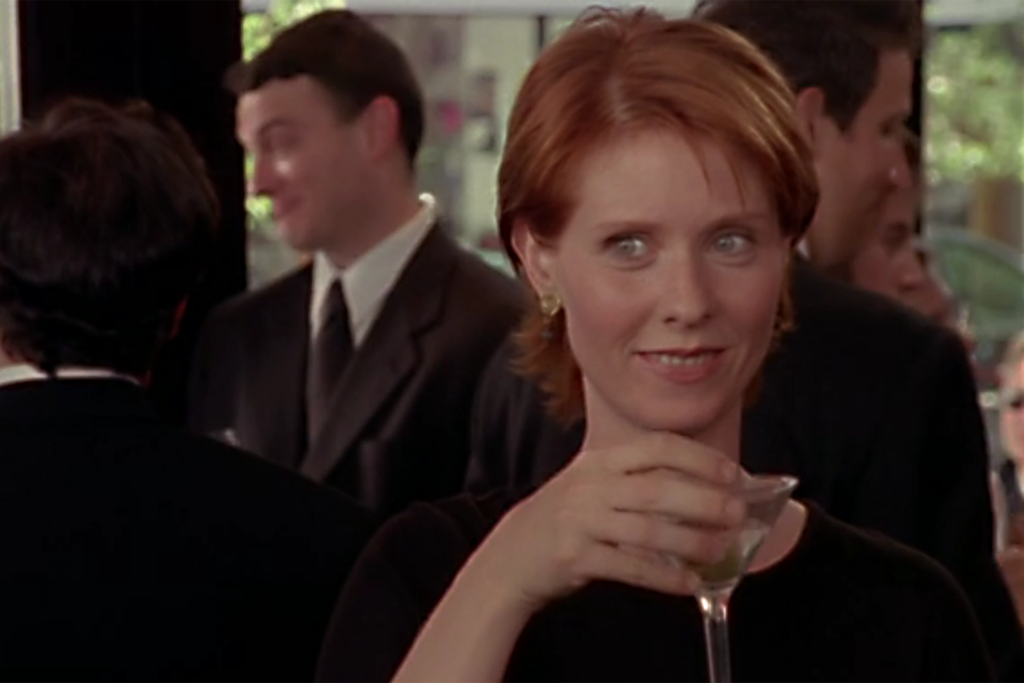 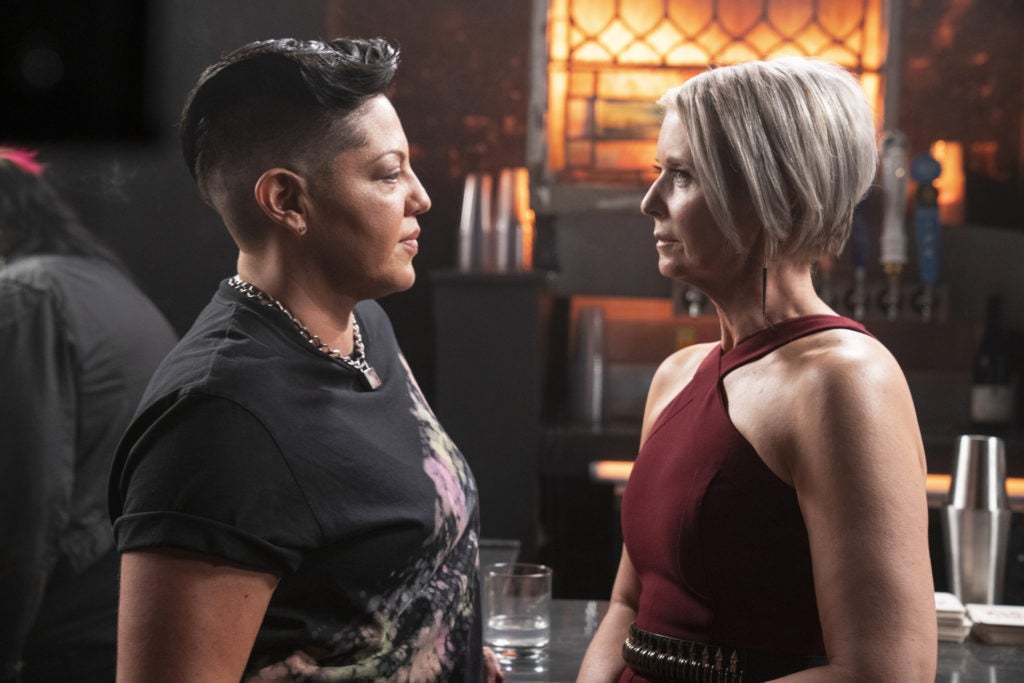 Sex and The City’s ball busting and straightforward Miranda Hobbes was brought to life by the incredible performance of Cynthia Nixon, a role that regaled her with award and recognition.

After marrying her real-life partner Christine Marinoni in 2012, Cynthia reprised the role of Miranda Hobbes in the 2021 reboot of the Sex and The City story entitled And Just Like That… which follows 3 out of the 4 ladies (as Kim Cattarall aka. Samantha chose not to reprise her role) past their earlier troubles and now into life in their 50’s.

Technically, for those not up to date with the reboot, Miranda Hobbes may no longer identify as a straight character—though some fans felt that she never really was, even without coming out. The reboot pushed her on a road of self-discovery, giving her an affinity to Che Diaz, a newly introduced character who identifies as non-binary on the show. Che is played by Grey’s Anatomy’s Sara Ramirez.

The topic of Miranda’s characterization, slightly problematic stereotyping in the reboot, and the many things she is facing on top of her questioning her sexuality (which to fans seem unfair or out of place for Miranda) has been a heated topic for debate. 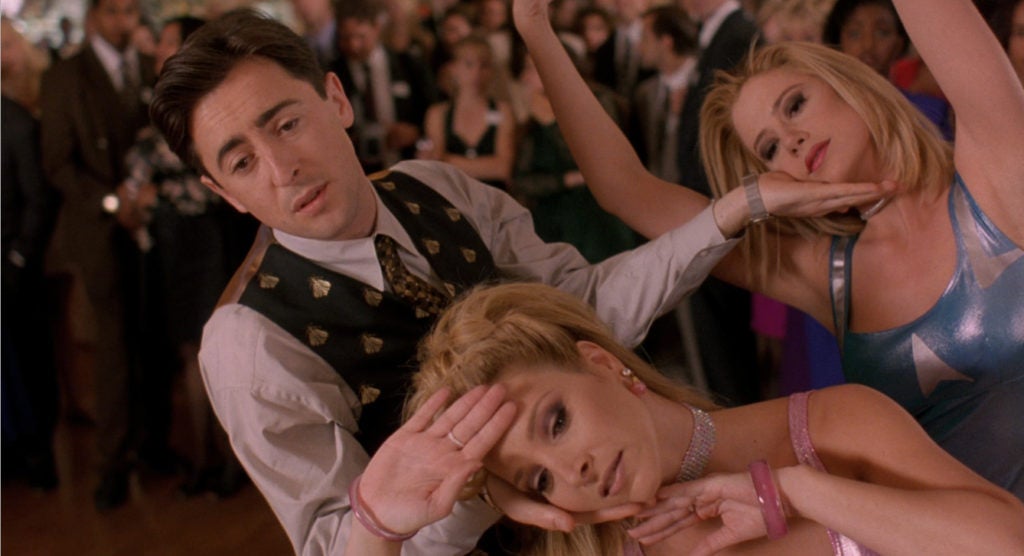 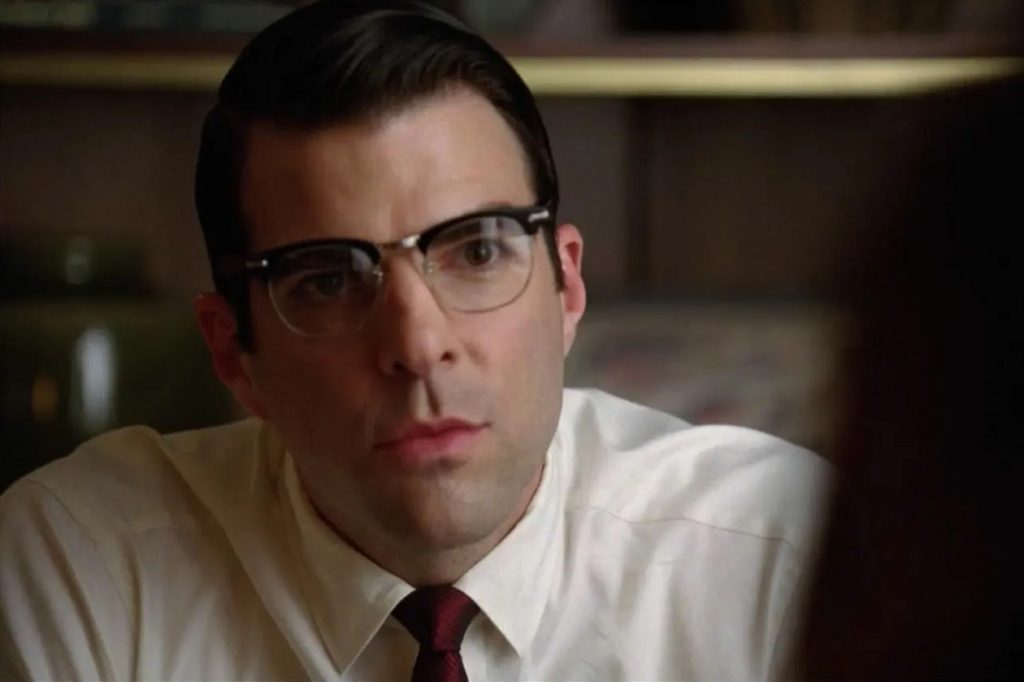 Known for his roles like the diabolical Sylar in the science fiction Heroes TV series and Spock in the Star Trek franchise, Zachary Quinto may also be known for his role as Dr. Oliver Thredson in the horror anthology series American Horror Story’s second season: Asylum.

Zachary Quinto became more vocal about his sexuality after the 2011 suicide of 14-year-old Jamey Rodemeyer. He believes that “living a gay life without publicly acknowledging it is simply not enough to make any significant contribution to the immense work that lies ahead on the road to complete equality.” 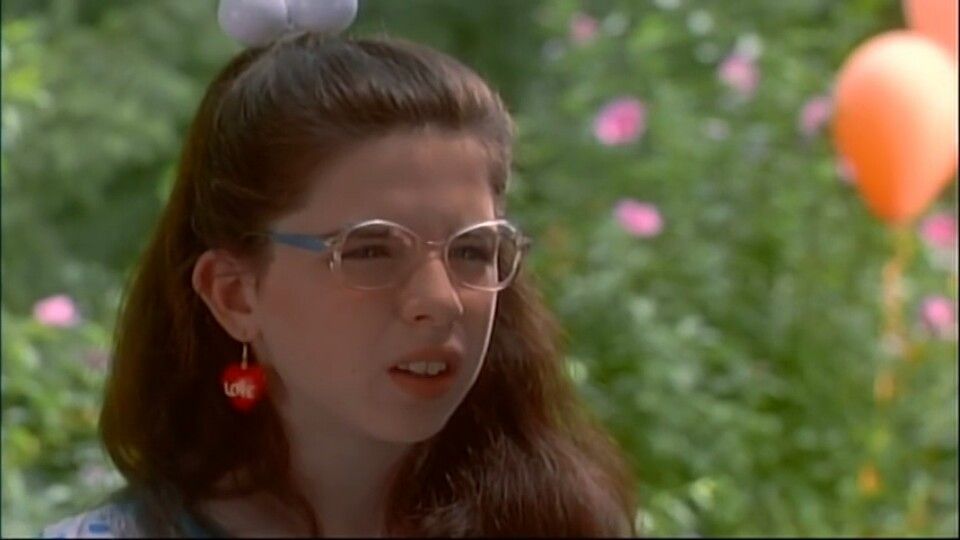 You may know her as the spunky best friend of Princess Mia in both The Princess Diaries and in The Princess Diaries 2: Royal Engagement but before her role as Lilly Moscovitz, Heather Matarazzo broke into the acting world with her performance as Dawn Wiener in the 1995 film Welcome to the Dollhouse.

Heather Matarazzo was the keynote speaker at the 15th annual Gay, Lesbian, and Straight Education Network of Boston’s conference in 2005. Matarazzo spoke about the difficulty she faced accepting her sexuality— “It was such a burden, because I had to pretend to be this person that I wasn’t.”

Now, she has been married to her partner, Heather Turman, for almost 4 years. 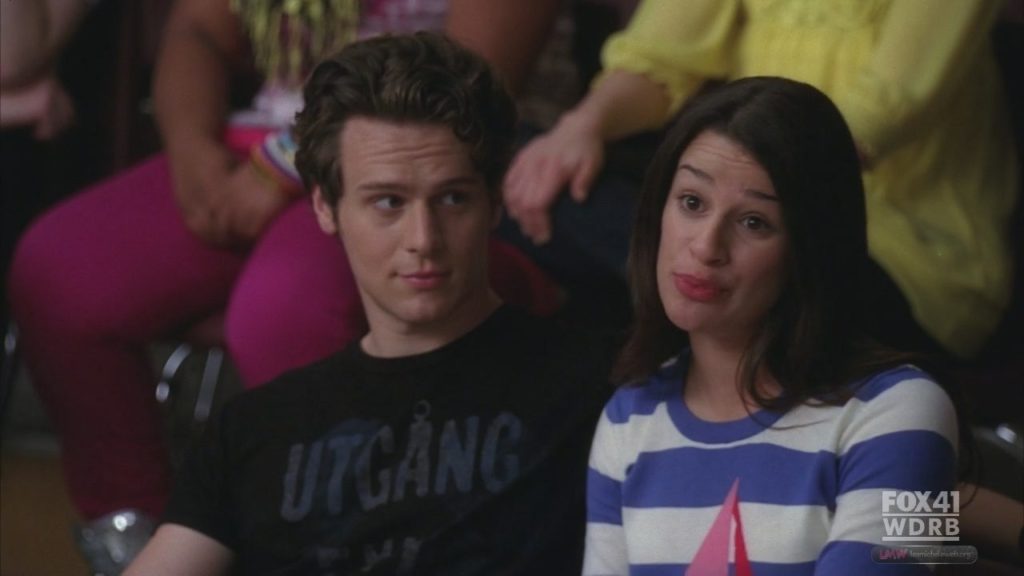 After coming out in 2009, Jonathan Groff made an appearance in musical TV show Glee’s storyline as a love interest for Lea Michele’s Rachel Berry in 2010.

Jonathan Groff’s name may also be familiar due to his performances in the Frozen movies and even in the Hamilton Broadway production. Whether he is playing King George III or the reindeer-loving Kristoff, Jonathan Groff always leaves us in awe of his stunning acting and musical abilities. 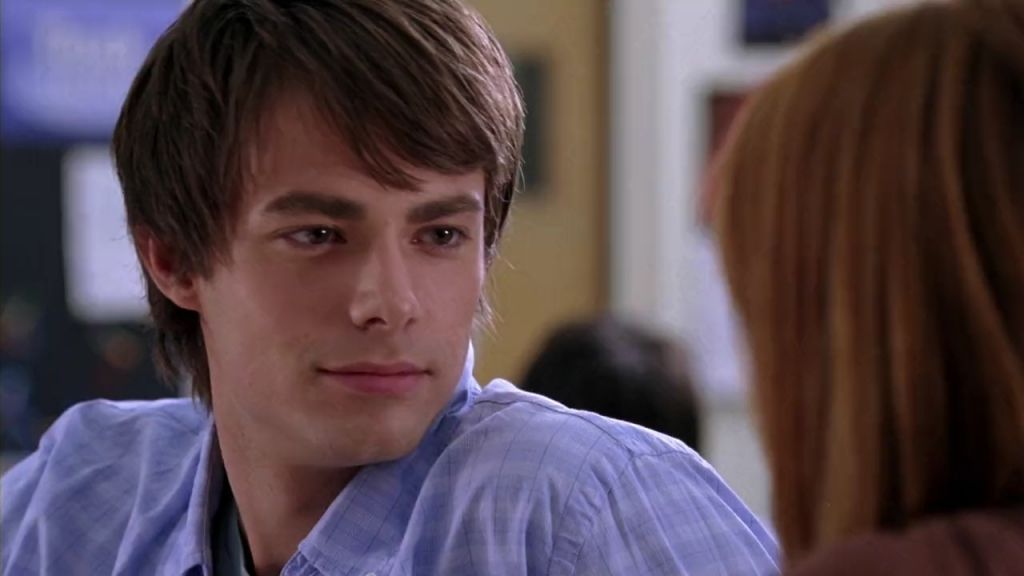 On screen or not, Jonathan Bennett’s hair looks sexy pushed back… The high school crush of more than just the cast of Mean Girls recently got hitched this year.

Bennett announced his engagement to his boyfriend Jaymes Vaughan in 2020, and the two married in Mexico in March of this year. The same partner that he posted with on Instagram as his casual coming out in 2017.

Of the wedding, Bennett stated that he “didn’t know someone could be this happy or feel this loved,” adding that “I also didn’t think I could ugly cry for 30 minutes straight, but I totally did, and it was perfect.” It was no doubt a fetch wedding. 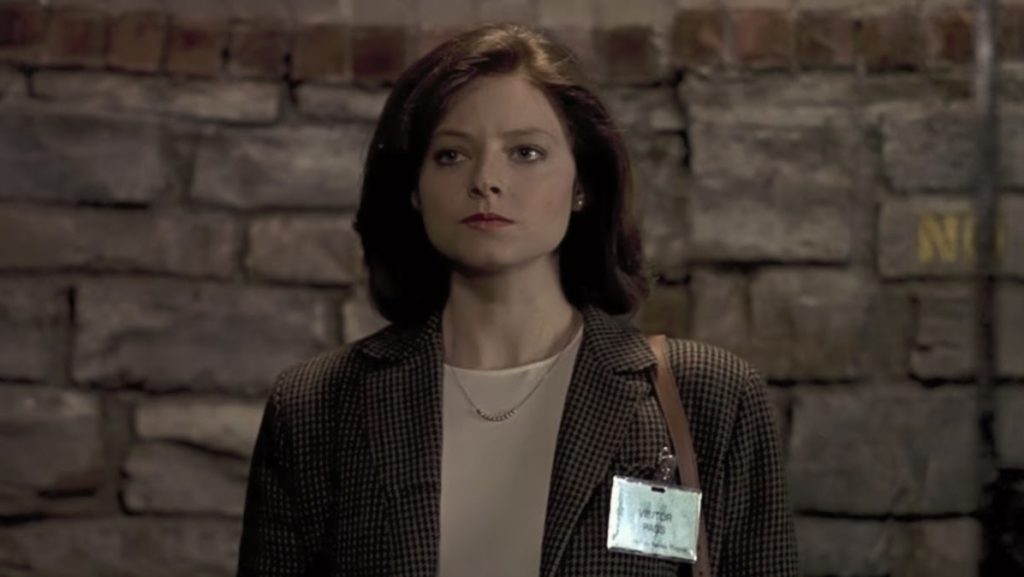 It puts the awards in Jodie Foster’s hands! American actress, producer, and director, Jodie Foster has an arsenal of accolades under her belt. She’s worked on films such as The Silence of the Lambs, Taxi Driver, and The Accused. She also directed episodes of Black Mirror and Orange Is the New Black.

In 2013, she came out, “I already did my coming out about a thousand years ago back in the Stone Age,” which she said during her acceptance speech after receiving the Golden Globes’ Cecil B. DeMille Award “in those very quaint days when a fragile young girl would open up to trusted friends and family and co-workers, and then gradually and proudly to everyone who knew her, to everyone she actually met.”

T.R. Knight first appeared on Grey’s Anatomy as Dr. George O’Malley in 2005 and was removed as a regular character in 2009. It seems that the behind-the-scenes drama of the Grey’s Anatomy cast and crew can be just as wild as the show. Like, for example, how Isaiah Washington was fired from the show after using a homophobic slur directed at T.R. Knight.

Thankfully away from all the drama, T.R. Knight continues to act on various TV shows and even made a guest appearance on Grey’s Anatomy in a season 17 December 2020 episode entitled “You’ll Never Walk Alone.” 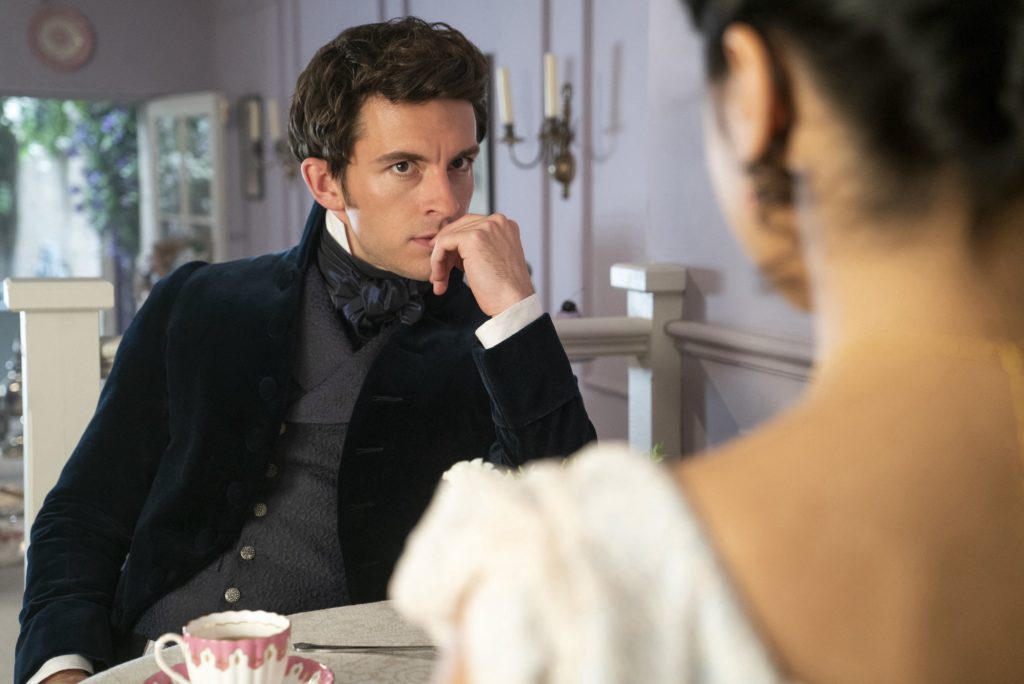 You are the bane of my existence… but not really.

Besides being an incredible on-screen actor, Jonathan Bailey is also a celebrated live theater performer. After playing the role of Jamie (originally written as Amy) in a gender bend revival of Steven Sondheim’s Company, Bailey won the Olivier Award for Best Actor in a Supporting Role in a Musical in 2019.

In his acceptance speech, Jonathan Bailey praises the production for being “a lovely and celebratory snapshot of gay love” in what he described as “a time where acknowledging the very existence of LGBT people in our schools is being questioned.” He also added that the LGBT community are “not that different, we are just as anxious, and we are just as flawed and desperate to fall in love as everyone else.”

These are only some of the many incredibly talented LGBTQIA+ actors out there. What do you think of their performances? 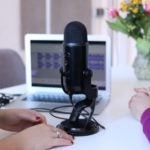