Disney and Pixar have made waves (as always) again with their latest animated film, Turning Red, which premiered worldwide on the Disney+ streaming service on March 11, 2022. Following the coming-of-age story of 13-year-old Chinese-Canadian Meilin “Mei” Lee, Turning Red is about teenagers experiencing physical and emotional changes when they reach puberty. In this case, Mei turns into a giant red panda whenever her emotions get too strong.

There was an overwhelmingly positive response to the film’s story, humor, animation, voice acting, and use of culture, and Disney-Pixar’s latest work is now beloved amongst Generation Z and even other ages. These reactions can be seen all over social media, and it won’t even be a surprise if you come across spoilers on it (author of this piece included). This is most especially heartwarming to see since this film marks the feature directorial debut of Domee Shi—the woman behind the Disney-Pixar short Bao, and if the first Pixar film solely directed by a woman.

However, this film has also received negative comments for its themes. The most infamous review was by CinemaBlend’s Sean O’Connell, who wrote that Mei’s story was “limiting” to a broad audience (implying that it was only meant for the Asian community in Toronto), and felt that the film was “made for Domee Shi’s friends and immediate family members”.

This received a number of backlash on social media, with many of the press calling his review “sexist” and “racist.” His review even got the cast of the film commenting on it, with Mei Lee’s voice actor Rosalie Chiang saying that the film was meant to appeal to all, as it is a coming-of-age film where everyone goes through puberty in different ways.

O’Connell’s review has been pulled from CinemaBlend’s site, with the editor-in-chief apologizing publicly for having “failed to properly edit the review before posting.” O’Connell has also apologized for his review.

Other viewers have also criticized the film for having featured themes that are “too mature” to be seen in a kid’s movie—a.k.a. the themes of puberty, growing up, and of course, the “controversial” yet very normal phenomenon of a girl getting their period.

Yeah, I know, a teenage girl getting her period is now considered “mature” and not child-friendly. The film is literally a “coming-of-age” story; a story (inspired by Shi’s own experiences) of a tween girl growing up and learning more about herself physically and emotionally.

People saying Turning Red is ‘too mature/oversexualised’ (???) are really weird. If you think tweens having crushes/periods/going through puberty is inherently ‘grown up’ or ‘inappropriate’ idk what to tell you

I’m really confused about some warning posts I’ve seen on Facebook about Turning Red because the topic of puberty/menstruation was too “mature” for their children. Are they not reading plot descriptions before showing a movie to their children to begin with 😭

the criticism around #turningred being "too mature" is so sad. besides the fact a lot of it is clearly ppl being uncomfortable w/diff cultures and disguising those hideous thoughts w/concern "for the children," why on earth should anyone feel shame around periods or attraction?

If you thought that “Turning Red” was a movie “too mature” and inappropriate for child audiences because it talked about puberty, menstruation, and sexuality, then wait till you see the underlying themes of your beloved childhood animated movies.

Trigger warning: The following part of this article contains themes that some readers may find disturbing.

Snow White and the Seven Dwarfs might be the earliest example of a Disney film having mature themes since the movie was released in the 1930s. Skipping the part where her stepmother actually asked a huntsman/mercenary to kill her (yeah, attempted murder apparently isn’t inappropriate), the Prince kissing Snow White to wake her from her deep sleep while she’s unconscious to wake her up from her deep sleep actually raises issues on consent. We get that this movie is a product of its time (like every movie is), but viewing it now, it’s actually quite uncomfortable. (Sleeping Beauty is a close second).

Considering that Snow White is actually 14-years-old in the movie, marrying the Prince—who is, by the way, years older than her (think 29-ish more or less), isn’t romantic. It’s pedophilia.

So okay, Ariel was 16-years-old in the film. She wanted to be a part of another world, and later on, got curious to see a boat. On that boat, she saw the handsome Prince Eric. A storm came and she saved his life. Ariel fell in love with a man but couldn’t be with him because she was a mermaid.

To be with him, she went to the Sea Witch (Ursula) and traded her royal life, family, friends, and beautiful singing voice, for a pair of legs. For a man. Long story short, she married Eric in the end. Again, she was 16-years-old.

Beauty and the Beast – Stockholm Syndrome

Beauty and the Beast is next on our list of Disney films that have mature themes. Belle was a normal girl who wanted more than her provincial life. Beast was, well, a beast because of his past actions towards a witch masquerading as an old lady. Because of his predicament, Beast was hateful and mean to every person he came across, Belle included.

Belle didn’t like the Beast at all at first, and in fact, detested him and turned him away at every chance. However, that all changed after she got saved by Beast when she was trying to escape. She came back with him to his palace, and then something in her head probably said, “I can fix him.”

Yeah, okay Bob the Builder. You just fell in love with the person that practically imprisoned you. Anyway, next.

You know that scene where Jafar was mad at Jasmine for not wanting to marry him? Yeah, then she later on seduced him and tried to manipulate him. She was 15 years old in the movie. That’s just wrong in many ways. Need we say more?

That wildebeest scene in The Lion King was traumatizing to see the first time, really. Scar murdering Mufasa in cold blood and young Simba witnessing it all was terrible. His uncle even wanted to kill him himself. Are you saying that a girl’s period is more inappropriate than an actual death scene?

Yes, this movie is a fictionalized account of the British colonization of America. Imagine having to learn the dark side of history in a children’s movie? And it was overshadowed by the love story of Pocahontas and John Smith? Yup, not mature at all.

The Hunchback of Notre Dame – Lust and Murder

First part of the movie: Frollo kills a gypsy woman and then tries to do the same to her baby. Next, he tries to get Esmeralda burnt at the stake because why? She didn’t want to do the deed with him, and who would want that when at most parts of the movie he’s been all weird and manipulative and just plain evil.

The man was a gaslighting father figure to Quasimodo. Next.

Mulan – War, Women being looked down on for simply being women

Imagine being part of the army, singing about a girl worth fighting for, and then later on you see a village burnt and pillaged to the ground by the Mongols. There weren’t any bodies lying around in this scene in Mulan, but a little doll was already enough to say that people were murdered in cold blood by villainous beings.

Another is how men really looked down on women for being, well, women. So what if you saved the army from the Mongols, right? If you’re a woman, then you’re out. That’s technically what happened to Mulan when Li Shang and the rest of the Chinese army found out her real gender.

In the first scenes of the movie, we saw how a jaguar killed Tarzan’s parents. Fast forward to the climax of the movie, Tarzan and Clayton were duking it out in the jungle. Clayton falls into a pile of vines, tries to cut himself free, and falls to his death. Which, by the way, was literally death by hanging. Though we don’t see the actual body, lightning flashes by, briefly showing the silhouette of it.

Lilo & Stitch – Getting orphaned at a young age

Nani and Lilo live on their own in Hawaii, and they’re under the watchful eye of a social worker because, well, their parents died in a car crash years back and Nani is trying her hardest to raise Lilo on her own. Of course, a lot of chaos ensues upon the arrival of Stitch, and Lilo is put in danger after aliens come after Stitch.

After one particular scene that brought Lilo and Nani’s home down in flames, social worker Mr. Bubbles has had enough and took Lilo away from Nani. That is way more mature than a girl trying to control her strong emotions.

That montage of Carl and Ellie’s love and marriage was as heartwarming as it is heartbreaking. Imagine going through a multitude of emotions that just hits you, man that was intense. That part where they were happily preparing for their future child then suddenly – bam – they’re unable to have children.

Going through the acceptance of being unable to bear children is tough and this movie just showed it, albeit making it a little bit suitable for children even if it is a mature topic to talk about.

Last on our list of Disney films with mature themes is Toy Story 3. For Andy’s toys in that specific scene in the movie, death seemed inevitable. Heck, they were even about to accept their fate just like that. They were all about to face a painful death—being incinerated by flames, and it seemed like there wasn’t any other way to escape.

There are more Disney films with obviously more mature themes than those mentioned above, but seriously, you think tackling puberty and menstruation is too mature when everyone goes through that as teenagers? Must be something wrong in your head, or maybe you’re just too close-minded. 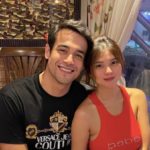 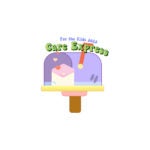 Hop on the For The Kids 2022 Care Express