5 Truths We Found in “Labyrinth of Lies”

Set in 1958, post-Holocaust Germany, Labyrinth of Lies circles around the quest of Johann Radmann, a public attorney who wants to awaken his country and bare the truth about what truly happened in Auschwitz during World War II.

This film enlightened several truths in a labyrinth of lies:

1. In war, nobody really wins.
In every war, there’s a country who would declare victory as it conquered another. As an entire nation rejoices, it’s victory could never account for the loss of lives sacrificed and how the people who suffered are forever scarred and haunted by memories of the war.

More than the numbers tattooed on their wrist, the memories of what Auschwitz was to the victims are buried deep within their whole being.

2. Justice delayed is justice denied.
Years after the Second World War, the victors kept silent — their stories treated as a propaganda against the German government. Nobody believed them and people weren’t even interested to know what happened in Auschwitz. And while the victims are forever imprisoned in the horrific memories of the war, the perpetrators lived freely and unharmed with the protection they have from the higher ranks.

Radmann’s investigation led to a trial that put some of those involved in the crimes in Auschwitz to justice.

Attorney General Fritz Bauer said this to Radmann when he was focusing on capturing Dr. Josef Mengele, failing to see the bigger picture and purpose of their investigation — to give justice to the victims and enlighten the public with their stories and testimonies about the crimes in Auschwitz.

Pointing fingers won’t do much since most of those involved were protected by the authorities.

4. Just because it didn’t happen to you doesn’t mean it never happened

For a long time after the war, the truth about Auschwitz remained unknown and treated as hearsay. Nobody was even interested to take the case and it was only Radmann who had the guts to do so. But even he was clueless to what really happened in Auschwitz. Journalist Thomas Gnielka asked him, “Do you think Auschwitz was like one of those summer camps?”

Presently, the ongoing war in Syria have tremendously affected the lives of people, especially children. An ad that became viral online showed how war turned a girl’s life upside down, leaving a message that “Just because it is isn’t happening here, doesn’t mean it isn’t happening.”

Most of those involved in Auschwitz said that they were “…just following orders.” Radmann said that even he didn’t know what he could’ve done had he been in Auschwitz. Would he have followed orders at the expense of innocent people to protect himself? Or would he have remained true to his virtue that a crime is a crime no matter who is involved and what is at stake?

The aftermath of World War II left not only the victims who were kept silent and unheard, it also left a country in a state of denial — moving forward while neglecting the truth about the horrors of their past.

Labyrinth of Lies was screened at Ayala Malls Cinemas in Glorietta 4 and Trinoma during German Film Week’s run on September 22-27. Check out www.sureseats.com and Goethe Institut’s official website and Facebook page for more details. 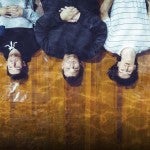 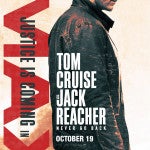