Feeling Love All Over Again

Sometimes, love happens when we least expect it. The person who passes us by might be the right person, while the one who happens to pique our interest just isn’t the right one for us. But because we are so busy with life, we get so enamoured with the wrong person. We invest so much effort and emotion in the relationship, thinking that this person is THE ONE.

We get caught and tangled up in the cobweb of this love affair, only to find out that the relationship was an utter failure. We end up miserably sad and venting our angst on love. We meet people everywhere, but the memories of the bad experiences lingers and prevents us from seeing love any other way. Love comes and love goes without us ever wanting to be part of it. Some people get exhausted with so much pain that they don’t want to feel anything anymore.

But as they say, when people are at their lowest, then there is no other way to go but up.

Suddenly, we meet someone who seems to understand what we are going through and willing to go through the hurdles with us—may the ride be smooth or rough. That person does not hesitate to lend a listening ear to the saddest replays of our ex-lovers’ stories. Unfortunately, the numbness of the heart often leaves us unfeeling and often alienated to how love should really be. We seem to look too far beyond that we fail to see that the very person DESTINED to love us—is just right in front of us.

Imagine the kind of emotion that mimics the motions of a roller coaster, bringing us from pain to loss of feeling, to having the urge to love again. True enough, it is really hard to move on and fall in love again and again? Or is it harder to fall head-over-heels in love with somebody for the very first time? 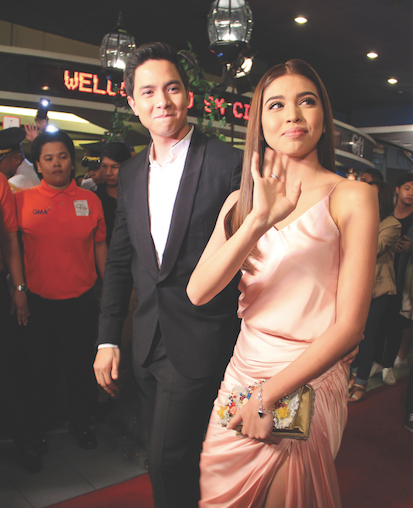 Find out exactly how it is to be in love for the first time, or simply feel love all over again… with IMAGINE YOU & ME, starring the country’s most phenomenal love team, Alden Richards and Maine Mendoza. Directed by Michael Tuviera, IMAGINE YOU & ME is now showing in over 270 theaters nationwide with over 60 block screenings here and abroad. 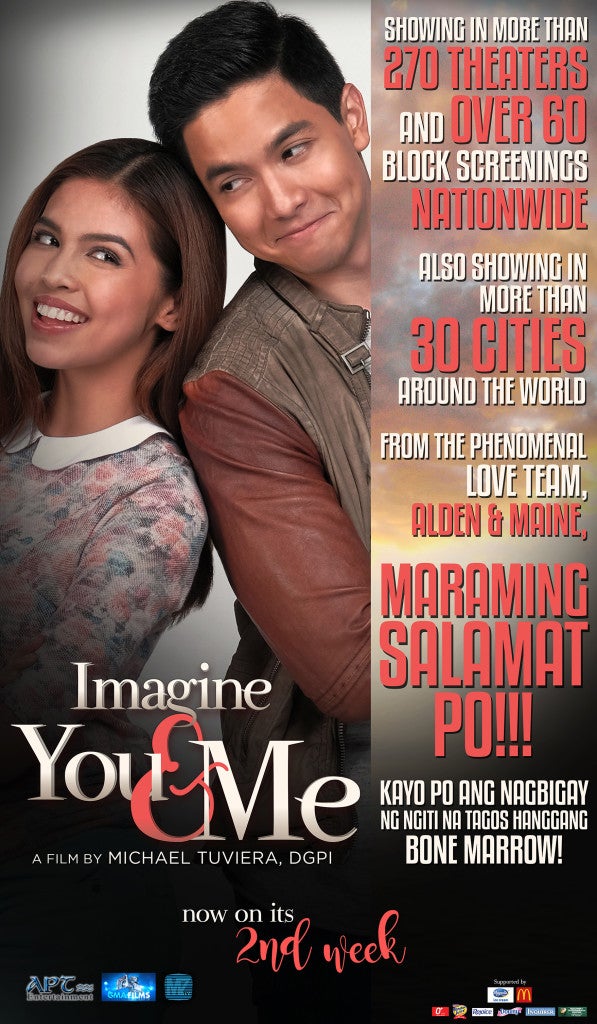 IMAGINE YOU & ME is now on its 2nd week. This film is produced by APT Entertainment, GMA Films, and MZET.

Alden Richards
aldub
ALDUBNation
Imagine You & Me
love
Maine Mendoza
Movie
INQPOP! Stories we think you might also like: