Catch Fire add their own twist to “Wild Things” 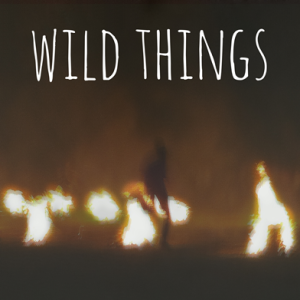 Nottingham pop punks Catch Fire have unveiled the video for their cover of Alessia Cara’s smash hit “Wild Things”. Mixing up the original song, to give it their own distinct pop punk spin, vocalist Miles Kent explains the choice:“Our drummer Ash suggested it to us as a song to cover, as lyrically it’s very positive, and we agree with a lot of what the song is saying with regards to lyrics like “…we make our own rules, our own room, no bias here…” and “…leave us alone, cause we don’t need your policies, we have no apologies…”. The original is very stripped back and downbeat, and we felt there was a prime opportunity to breathe our own life into it and give the sad kids something to bob to.”

Released via Rude Records, the single is bundled with track “Introspective Part II”, taken from their recently released EP “The Distance I Am from You”. It is available for purchase here: hyperurl.co/CatchFireWTitunes

The aforementioned EP was debut The Distance I Am From You, boasting bangers such as infectious as future floor filler, ‘Bad Behaviour’, and the soaring, emo-tinged ‘Anaesthetic’. If you aren’t already familiar with them, the lads of Catch Fire: Guitarist Tim Bell, vocalist Miles Kent, guitarist Neal Arkley, drummer Ash Wain and bassist Joseph Ryan Askew; are a posi pop-punk proposition formed earlier this year from the ashes of local heroes, Layby. Bell states of their intent: “As cliché as it sounds, we just want to play our music to as many people as possible before we keel over and die. We have a burning desire to write and play music. It’s really as simple as that. I don’t think any of us can see ourselves doing anything other than this.”