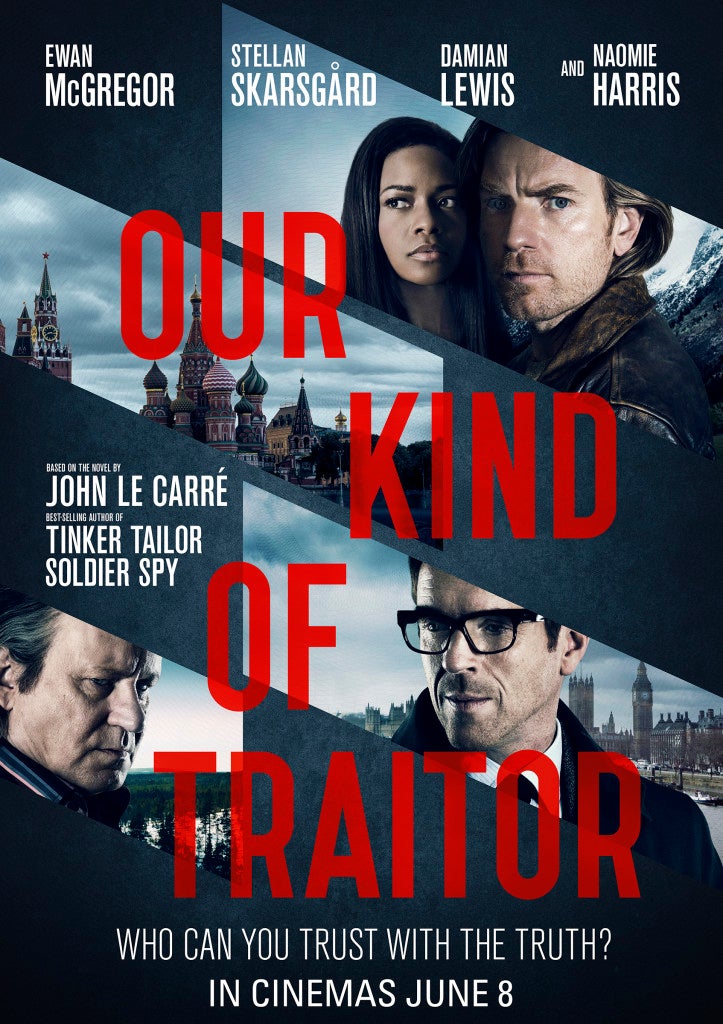 In the film adaptation of John Le Carré’s 2010 novel Our Kind of Traitor, Star Wars Jedi Ewan McGregor takes on a different good guy role. The setting is closer to home than in a galaxy far, far, away, as the story takes Ewan as Perry Makepeace, a low-key English professor on holiday with his girlfriend Gail (Naomie Harris of James Bond Movies Skyfall and Spectre).

While there, the couple meet a charismatic Russian stranger named Dima (Stellan Skarsgard, Selvig in the Marvel Avengers series) who turns out to be a big name in the European underground as a money launderer for the Mafia. Dima is worried that the new Russian Mafia boss wants him and his family dead. He convinces the tourists to help him broker for sanctuary with the British Intelligence Services in return for exposing the vein of corruption that runs all the way to the heart of London.

Agreeing to be mere messengers in the beginning, Perry and Gail soon find themselves caught in a dangerous world of international espionage and dirty politics. Their dangerous journey takes them through Paris, a safe house in the French Alps, and back to London with the help of a ruthless and determined MI6 agent.

The movie and book are solidly in the thrilling international espionage genre and there are hints of close connections with a certain 007. With the action-packed movie, McGregor joins a list of Bond-based A-listers who have starred in movies based on John Le Carré’s work – Sean Connery in The Russia House and Pierce Brosnan in The Tailor of Panama. There are several other little nuggets scattered within the movie that Bond fans should try to spot and savor with a relish.

Our Kind of Traitor is directed by Susanna White, with screenplay by Hossein Amini. It is a Studio Canal production to be released by Octoarts Films International in the Philippines starting on June 8,2016. ADVT.