Eri Neeman talks about life, hosting, & why he loves Naruto

Arguably one of the busiest event hosts in the country today, comedian Eri Neeman opens up about discovering his true calling in life — a long, surreal journey that involved seemingly endless twists and turns that has seen him make his way from the pool halls of Pampanga to performing at the legendary Gotham Comedy Club in New York to hosting one of the biggest eSports events in Southeast Asia. 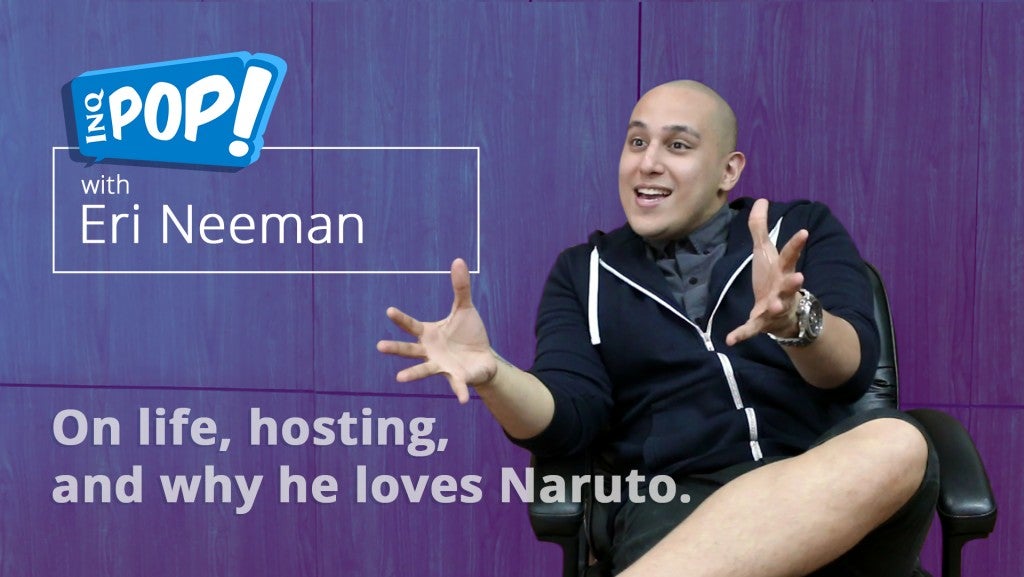 Alright, why don’t we start with you telling our readers something about yourself? Just so they can get to know you better.

Well, I’m a host and I’m also a comedian. I’m in a relationship for six years, me and my girlfriend. Her name is Monica. We have seven Shih Tzus. I’m not a guy who usually goes out. Hosting’s what I’m about. I started off doing modeling when I was 15, 16. Didn’t finish college. I told my mom it wasn’t for me. I didn’t like school.

How well did that conversation go with your mom?

She kinda took it well. I was very stubborn as a kid. I couldn’t sit still in one place. So I went to Manila, did modeling, then branched off to TV. But hosting is what probably got me started with everything. That’s something I really connected to early on. 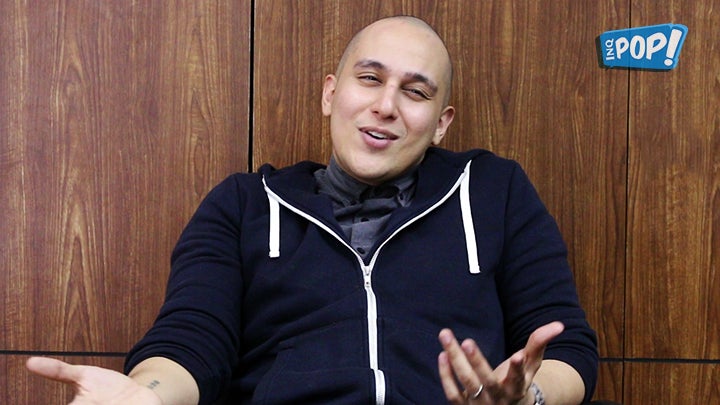 You gotta know yourself as a person to be authentic and that takes time. You can’t just say, “I’m this,” you know?

What was it like working in the entertainment industry as a teenager?

When you’re in the industry, you go through all these phases. When you’re young, you don’t know what you want. I wanted to be famous. I wanted validation, you know? Women, money… it started off with shallow, initial goals. I did movies, I did soaps, I did stand-up, I tried singing for a while. Eventually, after all those things, it really comes down to what you’re happiest with. And for me that was hosting.

What made you realize that hosting is what you really wanted to do?

It’s really easy to get lost in the industry, in showbiz. That’s why I took a step out of it. What got me to think about these things was my girlfriend. You know how you meet someone and it kinda changes your life and everything? She was that for me. She really straightened me out. She got me to reflect on myself and that led to me realizing that hosting is what I truly love to do. I’ve been doing it for about 10 years and now I decided to focus on it.

Take us back to your childhood. Where did you grow up?

I was born here, in White Plains. Went to school for a few years then we moved to Pampanga because my dad got offered a job in Clark. That’s where I grew up for most of my life.

Did you take on any odd jobs when you were just starting out?

When I moved to Manila, to make money I was teaching Koreans English. Then I would take the bus to audition for a VTR. I had nothing then. Like P150, just for pamasahe. I remember the only thing I ate was cornick. Paborito ko ‘yun, peanuts plus cornick, and that made me happy! I would take the bus back, I would (go to the) gym, then I would teach Koreans. That was it. 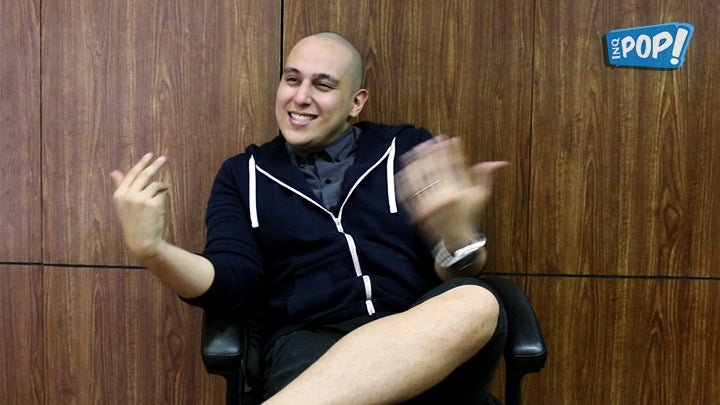 When you’re young, you don’t know what you want. I wanted to be famous. I wanted validation.

Anime. Before it was video games. But when you grow up, you wanna keep playing video games but you don’t have the time. I would shoot pool before. I was actually pretty good. I used to play in the leagues in the red light district in Pampanga. I was like this 14-year old kid and they would call me “Cherry Boy” and I would be shooting with all these expats. I was part of the team!

What anime series are you watching right now?

I just recently finished Tokyo Ghoul which was really awesome. It’s about humans and cannibals living in Japan and they have to co-exist. It’s about cannibalism but there’s a lot of humanity.

I would say Full Metal Alchemist. Yu Yu Hakusho… Ghost Fighter. That has one of the most satisfying endings ever. Even if it was dubbed in Tagalog, we dubbed it pretty good!

And then, Naruto. I love Naruto! Naruto is psychological. It teaches you why a person is the way they are.

Right now we’re watching Death Note. The way the Japanese set it up… they’re so good. I could go on and on about anime and Japanese culture.

Take us through your day. What’s a typical day like for Eri Neeman?

I wake up late. I’m not a morning person. But that’s the good thing about hosting. You really have your own time. It has its ups and downs, it’s not like a 9 to 5 job. If you establish yourself you will get a lot of work. Typical day… it depends if I get a lot of inquiries.

What’s the most common inquiry you get?

Weddings is something I do that has done very, very well. I was so surprised! I love weddings.

What is it about weddings that you really like?

The energy. Because the star of that event is basically a couple who wants to spend the rest of their lives together. It’s a wonderful vibe. You get no other energy like that from anything else. My personal belief, if you can host a wedding, you can host anything. Why? Because a wedding is the most personal event you can ever get to host. If you can be personal within that setting, then you can be personal with any kind of event. It’s more of a matter of being comfortable with yourself. People connect to someone who is comfortable. If you can give them that energy, they’ll give it to you back.

What’s your philosophy when it comes to hosting?

People are people. We are built to connect. You give people an energy that is sincere, that is authentic, that is coming from a place where you want to entertain or do something good for the event, you will connect. And a host is all about connecting with the audience.

You hosted the Malaysian Cyber Games last year. Tell us about that.

That was insane! That was the most fun event I’ve ever had the pleasure of hosting. This was in a stadium, aired on national TV, and the president of Malaysia was there! It was a really high-profile event. I was so nervous.

How did you handle your nerves?

Man, I was nervous! But this event cemented what I felt about hosting. I was just there to entertain and show them a good time. They felt that. The nerves went away eventually. After that, I just went with my instinct. You become a really good host when you’re all about the event and you think, “What does this event want to achieve?” Take it a step further and you think about the audience, “Why did they come here? What do they want out of this event?”

You put all that together and you really connect. Because then, it’s not about you. A host who’s just about himself will never truly connect with the audience.

When I did that, I was just able to be the goofy idiot that I am, cracking jokes and doing what I do. It was spontaneous. I connect with gamers, since I grew up as a gamer. That’s why I love hosting e-sports and I want to focus on that. They want me to host it again next year! 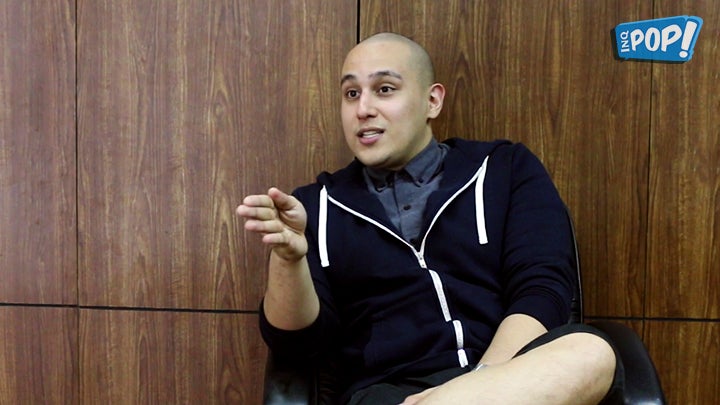 The Malaysian Cyber Games was a huge event. How did you prepare for that?

I watched a bunch of documentaries on DOTA so that I get a background on the teams. That really helped. I just watched and I enjoyed it! I don’t play DOTA but I can just watch them play for hours.

What’s the most important quality a good host should have?

You have to be authentic. And it’s hard to be that. You gotta know yourself as a person to be authentic and that takes time. You can’t just say, “I’m this,” you know? You can be the best sounding host you can be, have the best style, but if you don’t know who you are as a person you’re not gonna come across as anything. Not just in hosting but in any field.

How does one get to that level? What was your journey like?

I did stand-up comedy because I wanted to be a better host. I was like, “If I can be funny then I’ll be like… I’m the $#!*” Doing stand-up comedy has had a huge impact on my improvement as a host. I love comedy and making people laugh, but I came to a point where I needed to focus and decide who I really was and what I wanted to be about. I reflected and looked deep inside and I was like, “You’re a host. More than anything else.”

I did improv as well. I did improv with SPIT for about three years with Gabe Mercado. Gabe said something that really stuck to me and I have him to thank for that. He said, “Comedy is derived from truth. Whatever you’re going for, go for truth. Because if you’re not going for truth, then it’s not gonna be funny and people won’t be able to relate.”

Regarding being authentic. You have to ask yourself why you are the way you are. If you don’t know how you came to be, then you are a slave to your past experiences and circumstances. There is freedom in self-awareness and with that, comes authenticity.

When you are self-aware, you receive the power to decide who you really are. I have my girlfriend to thank for this. She is the reason why I’ve become the kind of host I am today. That’ll always be because of her and I’ll always be thankful for that.

Those things got me to where I am. And practice. Constant practice.

Any final words for our readers?

Whatever you do, find the thing that you love the most. Align that with a career. Focus on just that and you’ll be successful. It’s hard to do but you eventually come to a place where you’re authentic. That comes from not caring about what other people think. Easier said than done, but if you find that? You’re set for a successful life.

Want Eri Neeman to host your event? You may reach him through: