Follow us:
We know this looks like a fake photo of us speaking with Ryan Reynolds on the set of Deadpool -- but it's not. This is legit, yo!

InqPOP! exclusive: An interview with Deadpool

Hi-diddly-ho, neighborinos! Are you ready for Marvel’s first ever R-rated superhero flick? The internet is buzzing with anticipation for the upcoming Deadpool movie and we here at InqPOP! managed to snag a super exclusive interview with the man himself! If you’ve been wondering just who the heck Deadpool is and why’s he getting his own movie, then wonder no more and read on, true believers!

Created by famed comic book artist Rob Liefeld in 1991, Deadpool was controversial even before he made his four-color debut. Liefeld first submitted the Deadpool concept to writer Fabian Nicieza who thought the character was eerily similar to DC’s Deathstroke.

Being a huge fan of The Teen Titans, Liefeld decided to play along with Nicieza’s observation and named Deadpool “Wade Wilson,” a tongue-in-cheek homage to Deathstroke’s real name, Slade Wilson. 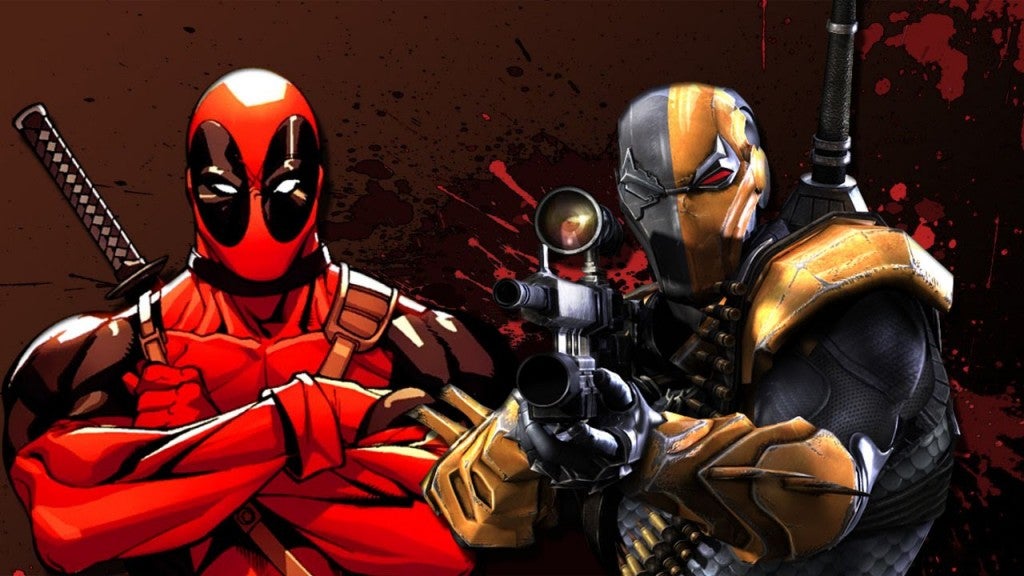 Deadpool debuted in New Mutants #98 as a contract killer hired to assassinate Cable and the rest of the New Mutants, a group of superhero trainees with devil-may-care attitudes that later became X-Force. 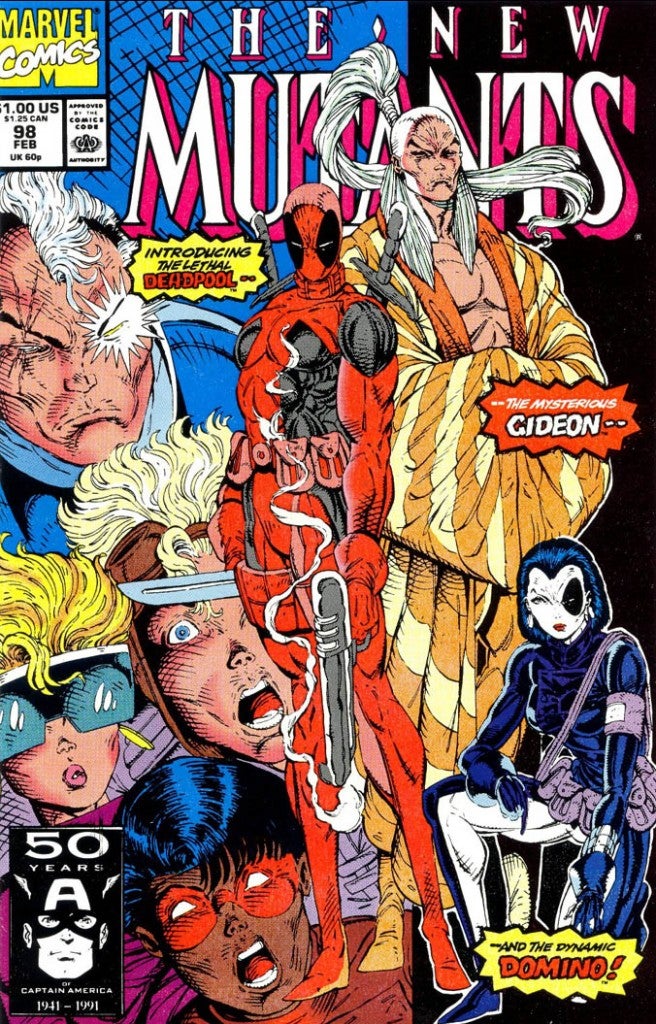 Just when it seemed like victory was at hand, Deadpool wound up with multiple stab wounds in the back courtesy of Domino and was unceremoniously shipped back to the person who hired him. 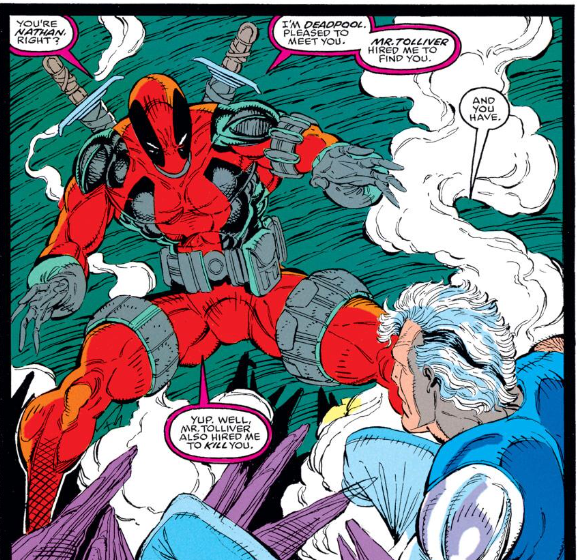 Back then, Deadpool’s character wasn’t the crazy, fourth-wall-breaking antihero he is now. Deadpool was very much a product of his time — a dark villain who reflected the 90s trend of gritty, hyper-serious characters equipped with an inordinate amount of pouches and enough weapons to outfit a fleet of tanks. 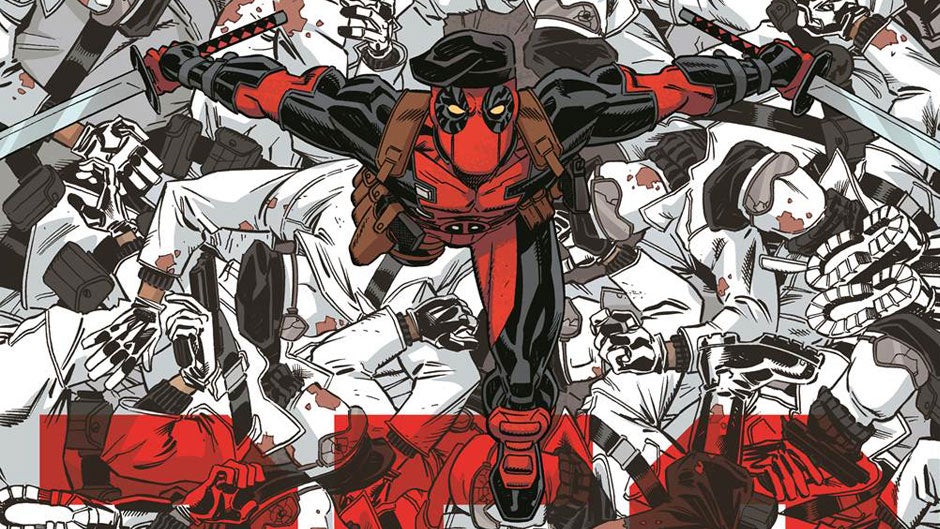 Deadpool all decked out.

It wasn’t until writer Joe Kelly (Uncanny X-Men, Action Comics, JLA) took charge of Deadpool in 1997 that his persona transformed to what it is now: the irreverent, wise-cracking, mentally unstable “merc with a mouth” we all know and love.

According to Kelly, “With Deadpool, we could do anything we wanted because everybody just expected the book to be cancelled every five seconds, so nobody was paying attention. And we could get away with it.”

Through the years, various writers helped shape Deadpool’s character. While we don’t exactly know how his backstory will play out in the movie (you know how movie producers usually change these things), what better way to learn more about our psychotic idol than from Deadpool himself? InqPOP! proudly presents to you, straight from the assassin’s mouth, the Deadpool story. 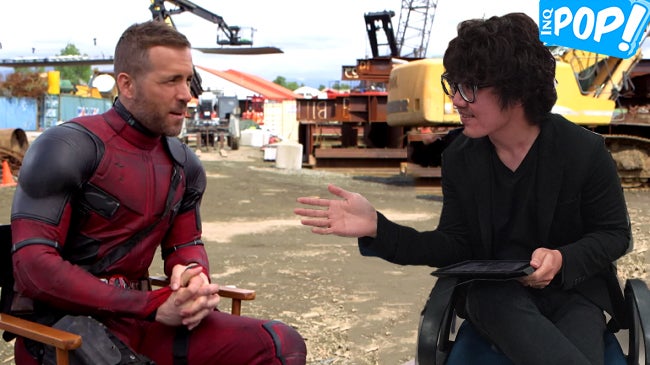 We know this looks like a fake photo of us speaking with Ryan Reynolds on the set of Deadpool — but it’s not. This is legit, yo!

InqPOP: Deadpool, my man! Thank you very much for taking the time to talk with us and granting us this exclusive interview.

Deadpool: Thanks! There’s so many rumors going around about my history. I just wanna set everything straight.

IP: Okay, let’s get to it then. Take us back to the beginning.

DP: I was born in Ohio to abusive parents who both met untimely ends. I was still known as Wade Wilson at the time. I’m not gonna go into detail about how my folks died, but suffice to say that they’ve already gone to wherever dead people go.

DP: I trained as an assassin and worked as a mercenary for hire after a brief stint in the military. Those were good times. I get to kill people and get paid a ton of money to do so! After my brief but illustrious career in the murder biz, I caught cancer which prompted me to flee the US and seek experimental treatment in Canada.

IP: You didn’t have any HMO insurance plan?

DP: Dude, I was a mercenary with frikkin’ cancer. No HMO is going to want to treat me!

DP: As I was about to say before a certain someone interrupted me, the treatment was performed by Department K, a covert operation that’s part of the Weapon X program. Of course I didn’t know this at the time. Those damn Canucks! You can’t trust them! So anyway, if you have even a passing familiarity with any of the past X-Men movies, you would know that this is the same program that gave Wolverine his adamantium skeleton.

IP: Ooooh! Then what?

DP: Well during my treatment, I was infused with Wolverine’s healing factor. This cured my cancer and regenerated my dying cells. However, the entire process also left me permanently disfigured. That’s why I look like a partially-cooked hamburger patty.

DP: Tell me about it! To top it all off, instead of sending me to get reconstructive surgery, those bastards at Department K began using me as a field agent on classified military missions! After a while, I just snapped and murdered one of my teammates. Just for the hell of it, y’know? Department K didn’t like this much and sent me to a facility called The Hospice where this sadistic douchebag Dr. Killebrew systematically tortured me in a series of bizarre scientific experiments.

DP: That’s the thing. These experiments were actually a “dead pool” — a game of prediction which involves guessing when someone will die — that Dr. Killebrew is running with his staff.

IP: Wow. I didn’t know there really was such a thing as a “dead pool.”

DP: Neither did I, amigo. I just found that out through Wikipedia. So anyway, I managed to escape the facility, eventually. Woohoo! Freedom! I figured, since I was now upgraded with a deadly combination of Wolverine’s healing factor, elite combat skills, and heightened reflexes, there was only one logical thing to do.

DP: I went back into the killing game and started calling myself Deadpool! You know what they say, find a job you love and you’ll never work a day in your life.

IP: Fascinating stuff! Unfortunately that’s all the time we have for now. Any last words for our readers?

DP: Go and watch my movie tomorrow so the producers will have enough money to produce a sequel! And keep reading InqPOP! This is the most awesomesauce pop culture website on the planet! And vote for Duterte!

IP: Excuse me? Did you just say vote for… Duterte?

DP: You heard me.

IP: Uhh, okay… err… would you mind telling us why?

DP: Let’s just say me likey his “methods.” Interpret that however you want. Okay gotta go! Bye! Thanks, InqPOP!

And there you have it! Our exclusive interview with the inimitable Deadpool! Till next time, everyone!