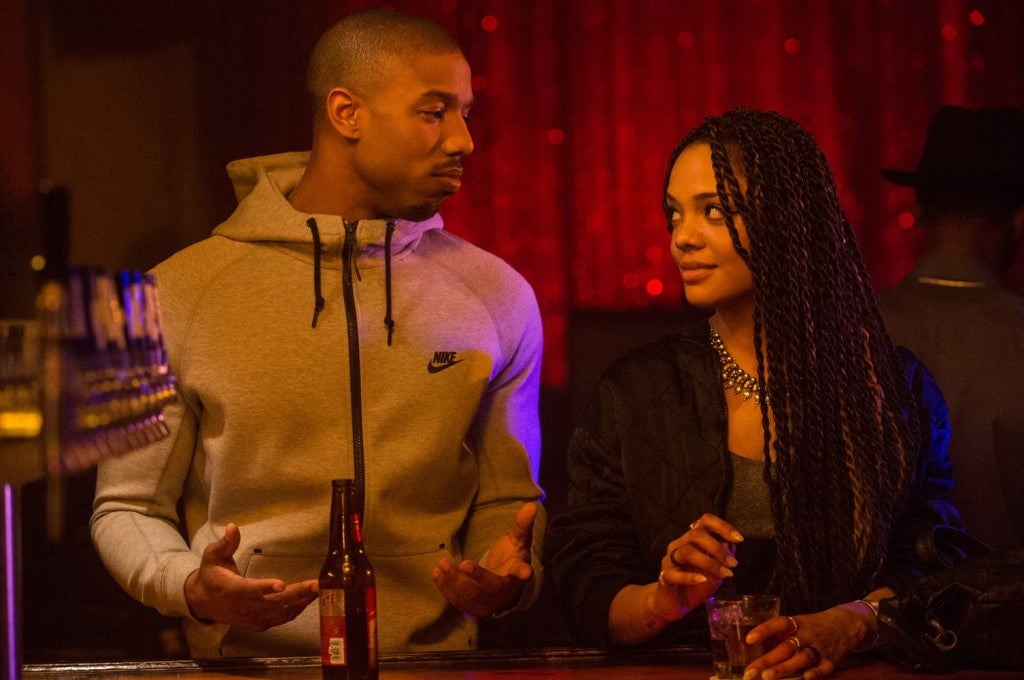 Despite taking place in the male-dominated world of boxing, Warner Bros. Pictures’ “Creed” isn’t strictly about the guys. Just as Rocky (Sylvester Stallone) found love with wife Adrian, titular character Adonis Creed (Michael B. Jordan) is finding something like it with his neighbor, Bianca.

“We knew we needed a strong female character,” screenwriter Aaron Covington says, “because everybody knows Adrian. When you think of Rocky, you can’t help but think of her. Like Rocky, Adonis needed a counterbalance for all his aggression, somebody to bring him back to Earth.”

The role of the singer/songwriter, which required the actress playing her to also perform, proved a difficult one to cast, but ultimately went to Tessa Thompson. Director Ryan Coogler expounds, “We needed somebody to hold her own with Sly and Mike, and who was really a musician, who could perform and record the music Bianca makes. And as soon as Tessa was cast, she immediately got to work with our composer, Ludwig Goransson, and started making songs that we needed to use in the movie. And she was just perfect, absolutely incredible.” 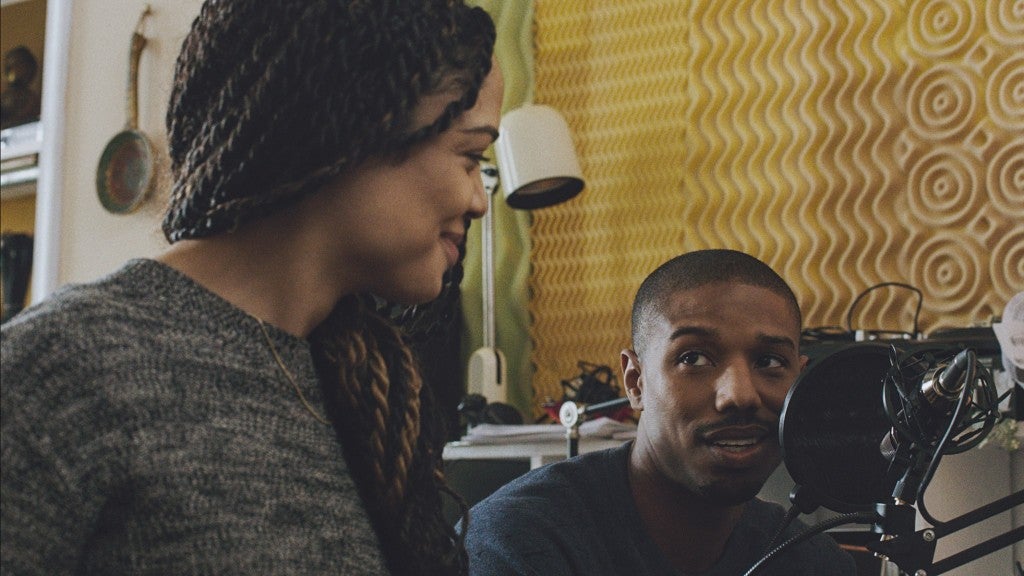 “When I first heard about this project, all I knew was that it was Ryan Coogler’s next movie,” Thompson relates. “I was so enamored with his other work, and by him as a person, that I really wanted to be in the movie before I even knew if there was anything in it for me. Then when I read the script, I discovered this wonderful story of finding family in unexpected places, which is something I think people can relate to. In fact, what I’ve always thought to be so special about the ‘Rocky’ movies is that they’re not really about boxing; they’re about love, about self-belief, endurance, perseverance, following your dreams. Those are things I think everybody can get behind, whether you watch boxing or not.”

Like Adonis, Bianca is also following her dreams. “In both Adonis and Bianca, you see two people who really like each other, but who are trying to figure out their own paths, and the dedication that takes,” Thompson says. “Bianca is a Philly-based singer in a town with a great musical history, so I worked with Ryan to find Bianca’s artistic influences and to get an idea of what her sound would be. I spent some time in the city with local musicians. There’s a great camaraderie there and it was a lot of fun. And getting to play opposite Mike wasn’t too shabby, either.”

Jordan grins. “Tessa’s awesome. A joy to work with—honestly, it didn’t feel like work, which is always a good sign you’re doing something real. Bianca is a very strong, independent woman with her own goals, her own morals. She’s a North Philly girl who’s used to being very up-front, very blunt. Adonis is caught off guard by her and he likes that.” 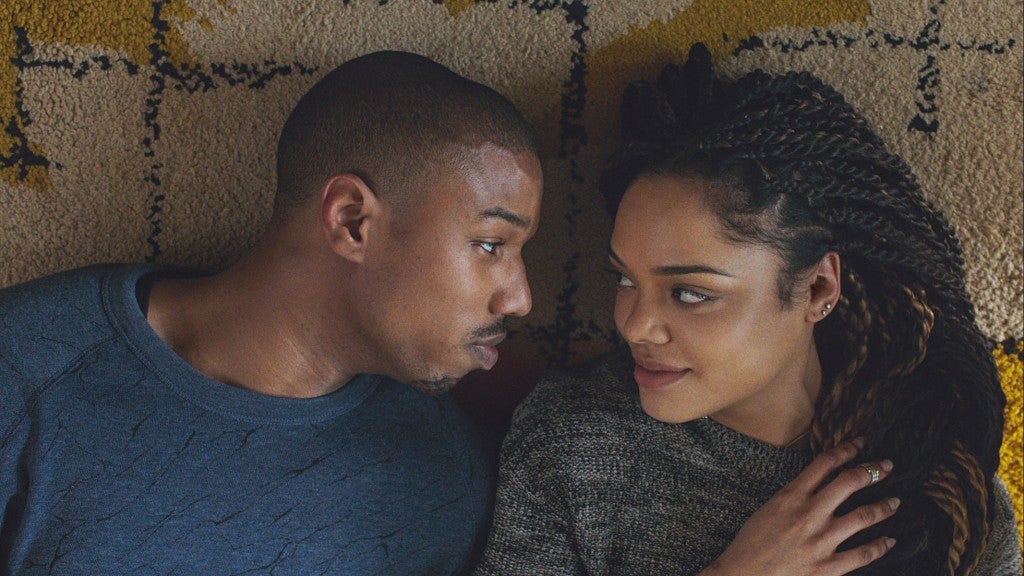 “In the film, even though she’s young, Bianca represents a self-assuredness and honesty and acceptance that Adonis gravitates to,” Coogler explains. “She knows who she is, what she wants and where she’s going. All things he’s trying to achieve for himself.”

“Creed” explores a new chapter in the “Rocky” story and stars Academy Award nominee Sylvester Stallone in his iconic role. The film also reunites director Ryan Coogler with his “Fruitvale Station” star Michael B. Jordan as the son of Apollo Creed.

In the film, Adonis Johnson (Jordan) never knew his famous father, world heavyweight champion Apollo Creed, who died before he was born. Still, there’s no denying that boxing is in his blood, so Adonis heads to Philadelphia, the site of Apollo Creed’s legendary match with a tough upstart named Rocky Balboa.

Once in the City of Brotherly Love, Adonis tracks Rocky (Stallone) down and asks him to be his trainer. Despite his insistence that he is out of the fight game for good, Rocky sees in Adonis the strength and determination he had known in Apollo—the fierce rival who became his closest friend. Agreeing to take him on, Rocky trains the young fighter, even as the former champ is battling an opponent more deadly than any he faced in the ring. 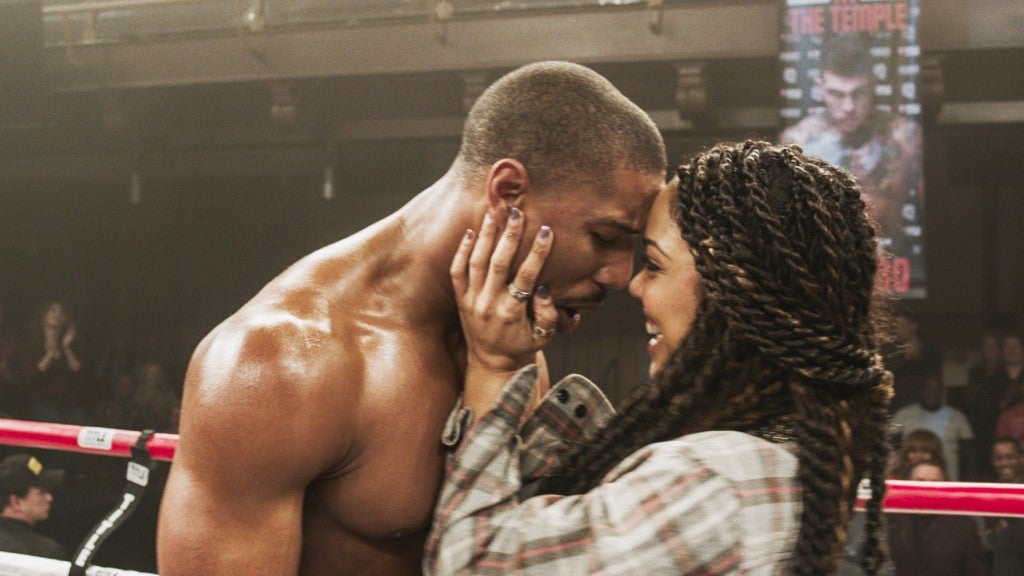 With Rocky in his corner, it isn’t long before Adonis gets his own shot at the title…but can he develop not only the drive but also the heart of a true fighter, in time to get into the ring?

Opening across the Philippines on Dec. 09, 2015, “Creed” is distributed worldwide by Warner Bros. Pictures, a Warner Bros. Entertainment Company.