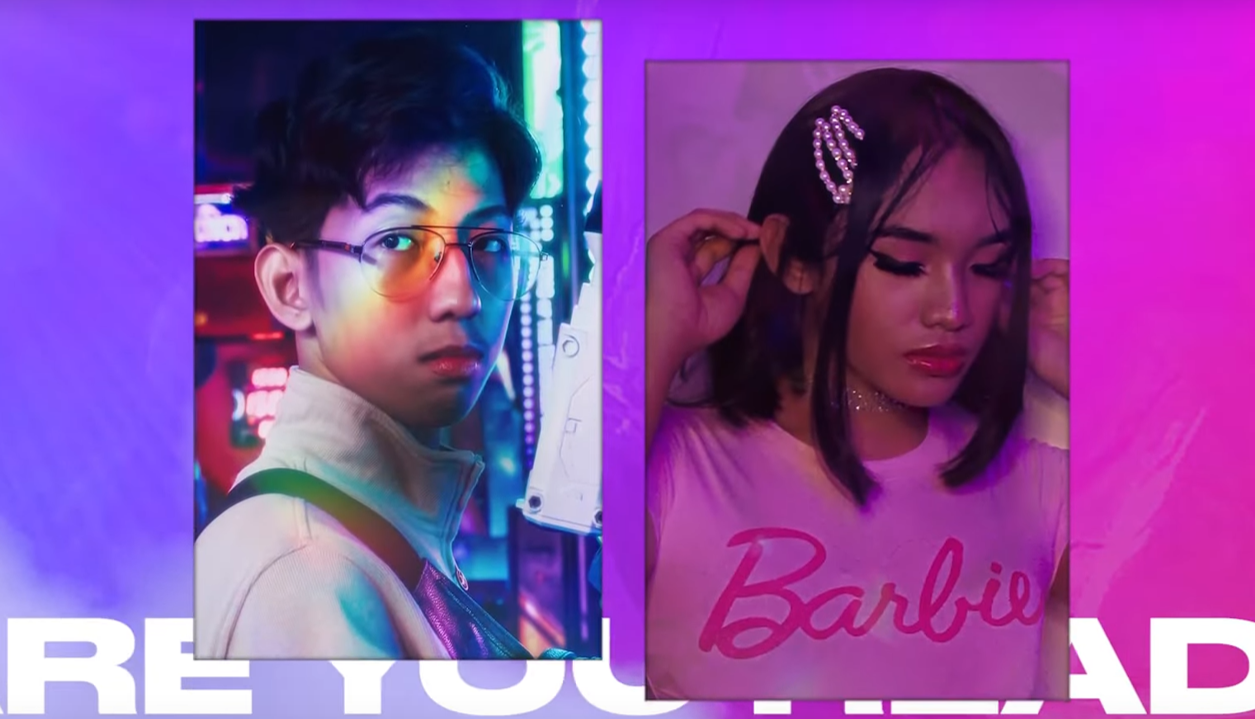 ‘The KwenTeaHan Podcast’: Spilling the tea and embracing queerness

One kind of media platform has thrived in the midst of the pandemic, and that is the podcast.

During the lockdowns alone, we’ve seen plenty of podcasts emerge. From Gabi ng Bading and Ang Walang Kwentang Podcast to Yellow Space and An Open Mind with Liza Soberano, we can see the rise of Filipino content creators penetrating the podcasting scene to tell their stories, have a thought-provoking conversation, build a community, and discuss various topics.

One of the newer podcasts to enter the local scene is The KwenTeaHan Podcast, a show that “spills the tea” on different topics, talks about sex or anything under the sun, and explores and embraces queerness.

The KwenTeaHan Podcast was created by 20-year-old JP Fresno back in 2021. JP is a third-year Civil Engineering student at the Far Eastern University Institute of Technology. The idea of the show started when JP’s friend, Preinces Manuel, had suggested to him and their college friends to appear in an episode of Preinces’ podcast. During that time, the thought of creating his own podcast show had struck JP’s mind.

He did just that.

Since its release, the show has now garnered 1.09K subscribers and 21,070 views on YouTube. Recently, The KwenTeaHan Podcast became part of the BUNK Collective, a diverse group of podcasters who create quality and awe-inspiring content.

The start of The KwenTeaHan Podcast

Prior to the birth of The KwenTeaHan Podcast, JP shared that there is one podcast that made a huge impact in his life, and that is Gabi ng Bading, a show hosted by AC Soriano and Yani Villarosa. “I had this idea to do a full-blown podcast show, just like the one created by AC and Yani,” JP said in an interview with POP!. “That show has had a huge impact in my life.”

JP continued that when he started the show, he invited his friends Preinces and Justin Macapallag as his co-hosts. But after the first season of The KwenTeaHan Podcast, the two exited the show due to career and personal reasons. JP revealed that this had been one of the challenges that he and the show faced.

JP told POP!: “The challenge that made a big impact to me is when my original co-hosts left the show due to career and personal reasons. That stressed me out because I thought [at that time], ‘They’re now gone. Can I still do this [show]?’”

“It’s not that I’m overacting, but that was difficult for me. This show is like my baby and it’s hard to let it go since I’ve put a lot of effort into this project. The idea of letting the show go hurt,” he added.

As luck would have it, JP didn’t have to let go of The KwenTeaHan Podcast as he found a new co-host in Junjun Salarzon to help the show keep going.

Junjun, a grade 12 STEM (science, technology, engineering, and mathematics) student, is a content creator who is famously known for cosplaying Encanto characters. The two first met when Junjun became one of the show’s guests in season one’s final episode, where they also featured Andrei Amahan, Sassa Gurl, JD Merjilla, and James Pegarom.

She also mentioned that she, too, faced some challenges of her own. “For me, [the biggest challenge is] the conflicting schedules. Sometimes, I have some events that I need to attend, and at the same time, I also have a podcast to host. There are times that either I won’t attend those events or I’ll be late in our ZOOM meetings.”

Despite this challenge, the two have found ways to compromise. Junjun said, “If the event is very important, I’d ask my partner to re-schedule if possible.”

Now with a new co-host and a new season, JP looks back to thank his former co-hosts. “I’m still thankful to them [Preinces and Justin] because this show has given us opportunities. I also got to know Junjun better, she’s my bestie.”

Making a mark in the local podcasting scene

With the existing local shows and the rise of new ones in the Philippine podcasting scene, it’s challenging to make your own mark and stand out from the rest. So what makes The KwenTeaHan Podcast unique and different from other shows?

“The KwenTeaHan Podcast is unique because firstly, the hosts are quirky,” JP quipped. But kidding aside, JP said that they can elaborate and further discuss the topics and issues surrounding their guests—that is, if only the guests  would allow them to talk about it.

Another thing that makes them unique is they don’t have filters. JP added: “99% of the time, we don’t have any filters. So, the idea of my parents watching the show is terrifying because sometimes, we share stories [in the show] that we’ve kept hidden from them.”

The hosts would also cosplay characters from different films and series while doing the podcast. “When you mix all of it, those factors are what makes the show unique,” said JP. He also noted that while The KwenTeaHan Podcast is unique on its own, all Filipino podcasts are, too, and should be supported as well.

The duo also has creative ways to attract and gain new listeners. According to JP, they conduct mini-games for their followers every week. “We make our listeners guess who’ll be the next guest in the show.”

He also shared that they have a Facebook group, KwenTeaHan Podcast (Bading Version), where they gather and interact with their followers. As of writing, the group has 2,000 members.

“We also share some snippets and teasers of the show’s forthcoming episodes in our social media pages and accounts,” JP continued.

For Junjun, she believes that their kind of humor–gay humor–attracts listeners. “Most members of our Facebook group are part of the LGBTQIA+ community, and we resonate with one another in terms of humor and struggles.” She added that through this, they have created a connection with their audience.

The pair also gave a glimpse of The KwenTeaHan Podcast’s creative process. JP explained that he usually compiles his ideas on his phone and will find a guest that they think is suitable for the topic they want to discuss. But sometimes, they will invite a guest first and think of a topic later.

“The topics we usually talk about depend on our guests and how they personally resonate with it,” Junjun revealed, whereas JP added: “Our topics are mostly related to sex. In each episode, we discuss different branches of it, like sex work, alter[sex], sex confessions, etc.” He even quipped that these topics appeal to their audience, especially if their guests are good-looking.”

However, it seems that not everyone is pleased with this kind of topic. The duo shared that they experienced some haters in an episode where they featured Lloyd Agustin and talked about sex work.

Fortunately, the issue slowly died down, and the bashing didn’t last long. Junjun told POP! that currently, they don’t have any haters at all. She continued: “But should it happen again, I think we’ll just ignore them and focus more on improving our podcast.”

Queer representation in the podcasting scene

Through the years, we’ve seen the presence of the LGBTQIA+ community in the media. While queer representation in this medium is progressing and is much better than before, however, The KwenTeaHan Podcast’s hosts feel otherwise, emphasizing that there isn’t still enough representation, especially in the podcasting scene.

“For me, I think there’s still a lack of queer representation in the podcasting community,” JP said. “If I remember correctly, I think there are only four hosts that belong to the LGBTQIA+ community, or maybe I haven’t looked it up, though.

“But still, I hope that the society, media, and podcasting industry give us [queer creators] an opportunity for our podcast to grow. We hope that producers out there can also notice us, give us a chance, and see our potential for the podcasting scene to be more diverse.”

Junjun echoes JP. She said: “I think the LGBTQIA+ creators should be given more exposure and appreciation. Our voices, opinions, struggles, and experiences need to be heard. We need more recognition.”

The duo also believe that it’s important to give equal opportunities to everyone to improve queer representation and be more inclusive. JP stressed that the media should give opportunities not only to masculine and straight passing gay men, who are usually seen in boys’ love [shows], but also increase girls’ love shows as well.

“Give the minorities of our community a chance, too, by letting queer people play queer characters because sometimes, queer characters are being portrayed by someone who’s not from the community,” he continued.

As proud members of the LGBTQIA+ community, the duo highlighted the importance of the community’s proper representation in the media, especially in the podcasting industry.

“Our community needs someone they can relate to,” Junjun added, and through queer representation in the media, they can find someone to resonate with.

“It’s important that we have [proper] queer representation. Because through this, the minorities in our community can be given a spotlight, such as the baklang kanal, the baklang parlor, etc.,” JP emphasized.

He continued: “By giving them a chance, we can see and hear different stories. This is the reason why I also wanted to start a podcast, and most of our guests featured are from the LGBTQIA+ community [because] it’s nice to hear different stories from gay Filipinos whom other people have avoided before as though they’re disgusting.”

You can listen to The KwenTeaHan Podcast on Spotify and YouTube for free with new episodes every Saturday. 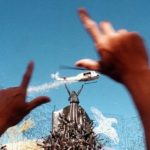 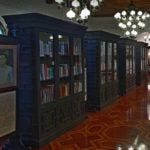 Visit 15 museums and art galleries around the world for free, virtually