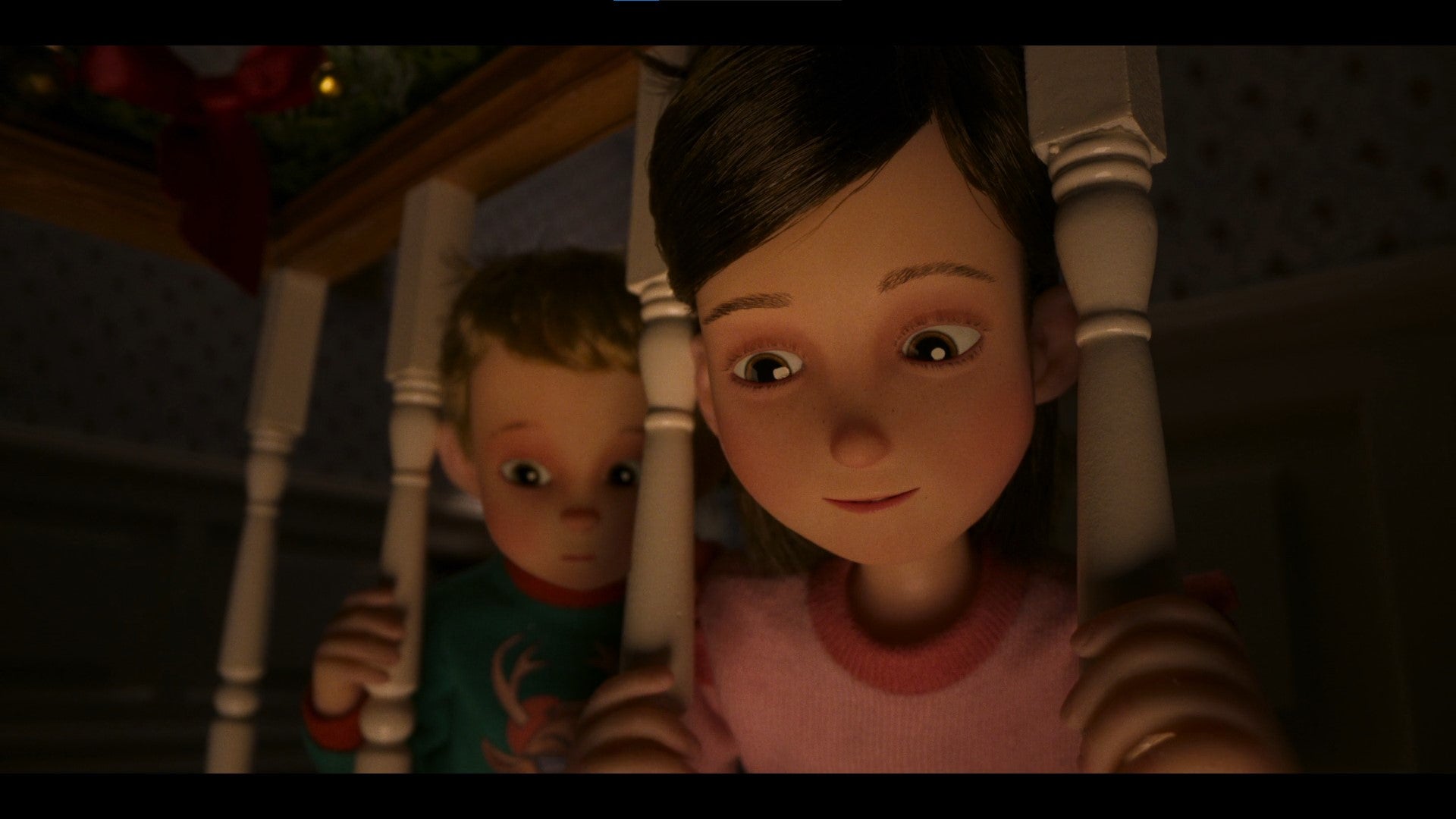 December 25 has come and gone, but whether you celebrate Christmas or not, sometimes the December festivities just aren’t your jam. Everyone celebrates the holiday season differently and maybe you don’t even like celebrating it at all!

‘Tis the season for movie binging, but if you’re not feeling the holiday cheer or just tired of seeing the same old Christmas plots remixed in numerous ways, then this list might be for you. 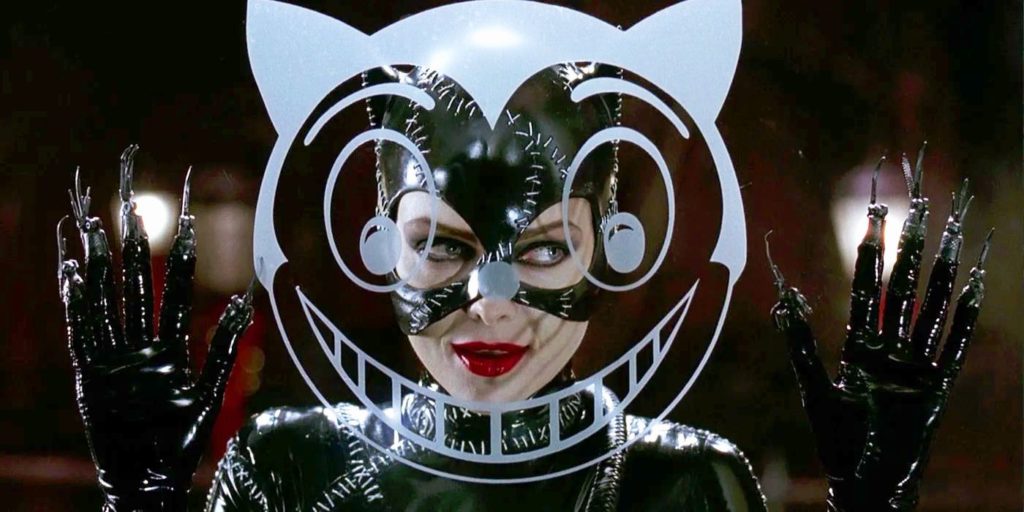 Take a trip around Tim Burton’s Gotham City, which is all decked out for the Christmas season. Prowling around all the Burtonesque Christmas décor are Michael Keaton’s brooding Batman, Michelle Pfeiffer’s iconic Catwoman, and Danny DeVito’s disturbingly evil Penguin. 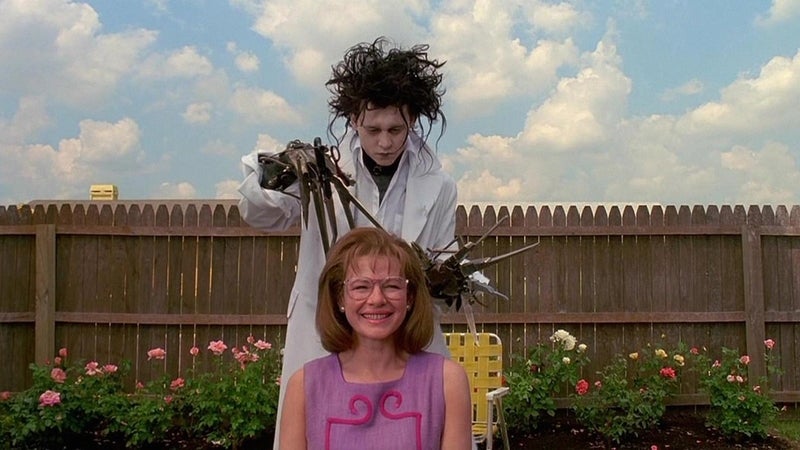 Speaking of Tim Burton, why not check out one of his other quirky classics? The unfinished creation of a scientist, Edward (played by Johnny Depp), brings an eerie but alluring chill in the air as the holiday season comes rolling into this picture-perfect suburb.

A favorite of Elvis Presley and Steve Martin, this slasher-horror flick’s tagline says it all: “if this picture doesn’t make your skin crawl… it’s on TOO TIGHT!”

This story follows a group of sorority sisters as they spend the holidays together. What starts out as rude calls from an anonymous prank caller turns into their being murdered one-by-one. One of the creepier things about this film is that — spoiler alert — the murderer doesn’t get caught, so be careful around any prank calls this holiday season…

Fun fact: director Bob Clark later directed A Christmas Story in 1983—a family comedy. Get you a director with range! 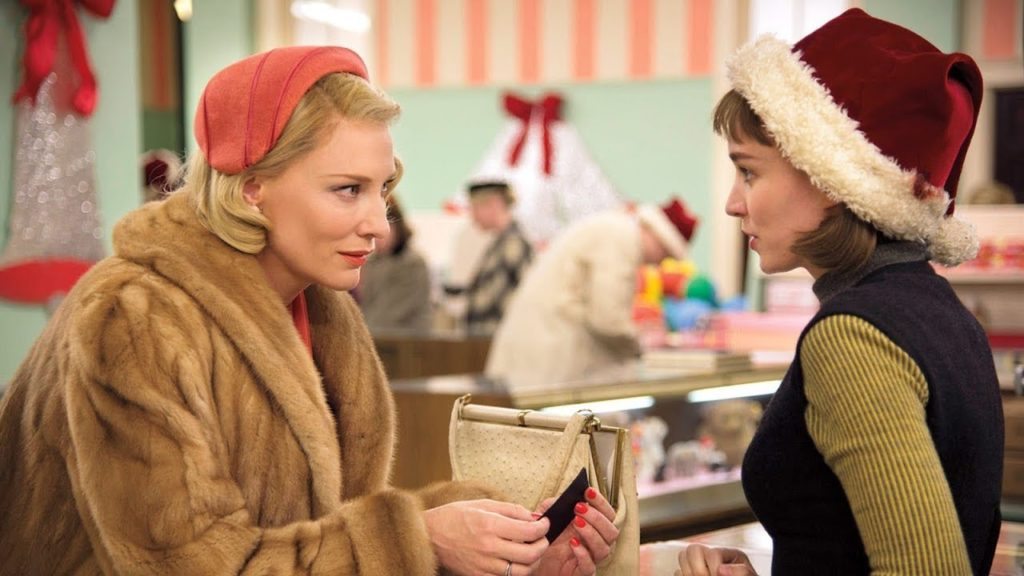 Carol, played by Cate Blanchett, is going through a tough divorce. As she looks to buy her daughter a Christmas present, she meets Therese Belivet (Rooney Mara). Set in the 1950’s, the film puts a lens on the adversity faced by women who go through a divorce and by queer women as well.

Based on Patricia Highsmith’s 1952 novel The Price of Salt, Carol is a queer story that dives into the different feelings of loneliness and love that occur during the holidays when we can’t spend them with those we love or have no one we love enough to spend them with. 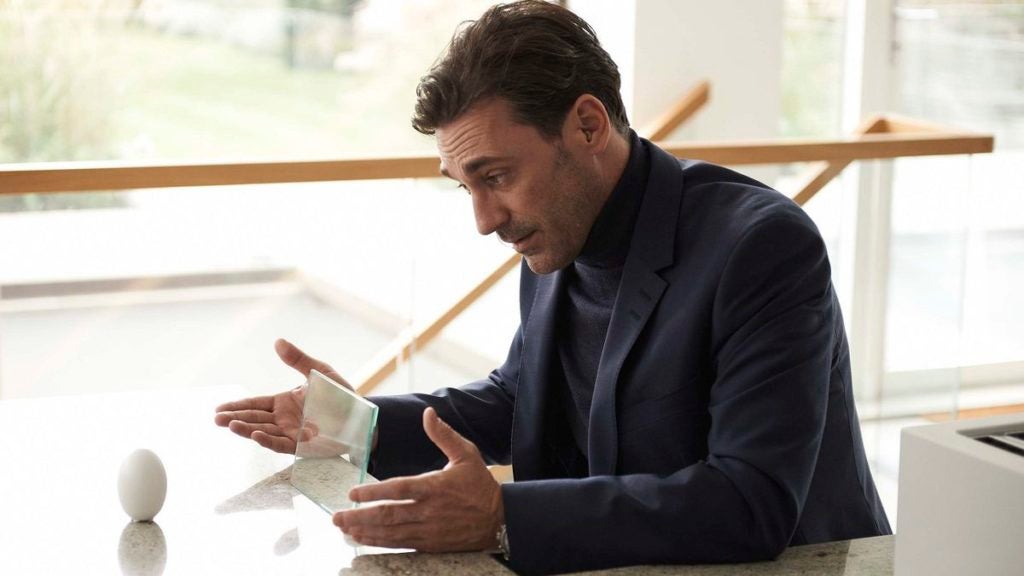 If you’re in the mood for some mind bending—but plausible—ways that the development of technology can mess with society, then maybe Black Mirror’s 2014 Christmas special is for you!

Two men, isolated in a cabin surrounded by nothing but snow, tell each other chilling tech-centric Christmas stories. Starring Jon Hamm and Rafe Spall, the stories they tell one another have their twists and turns, but another development occurs when the two notice how they’ve been working together for years but still know little to nothing about one another. 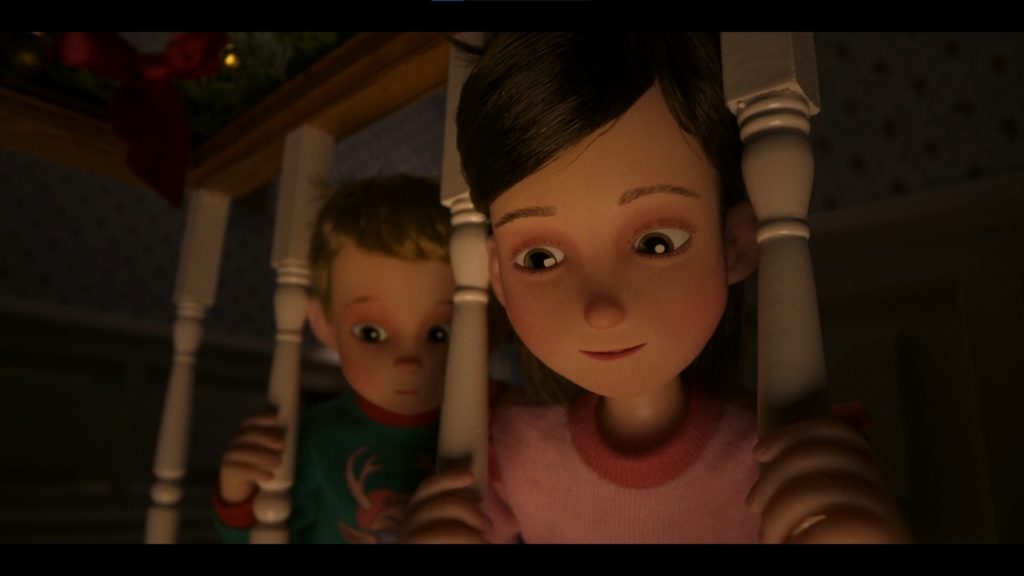 Another anthology series’ Christmas themed episode. This 7-minute short follows two little kids as they try to catch a glimpse of Santa on Christmas Eve. Suffice it to say that they definitely weren’t expecting to see… that. 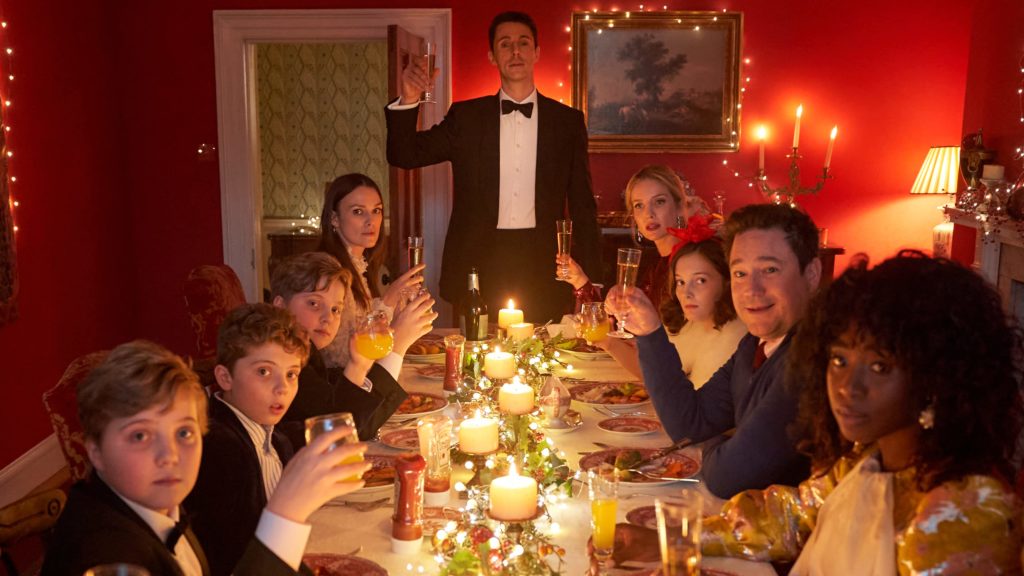 Christmas is coming, and so is a poisonous gas cloud that’s going to envelope the entire world. What better way to spend your last few hours, and the last Christmas ever, being surrounded by loved ones, right?

This dark comedy features a star-studded ensemble cast including Keira Knightley, Lily-Rose Depp, and Jojo Rabbit’s Roman Griffin Davis. Holidays can get messy when people gather to celebrate them, what more when you add the end of the world to the mix? 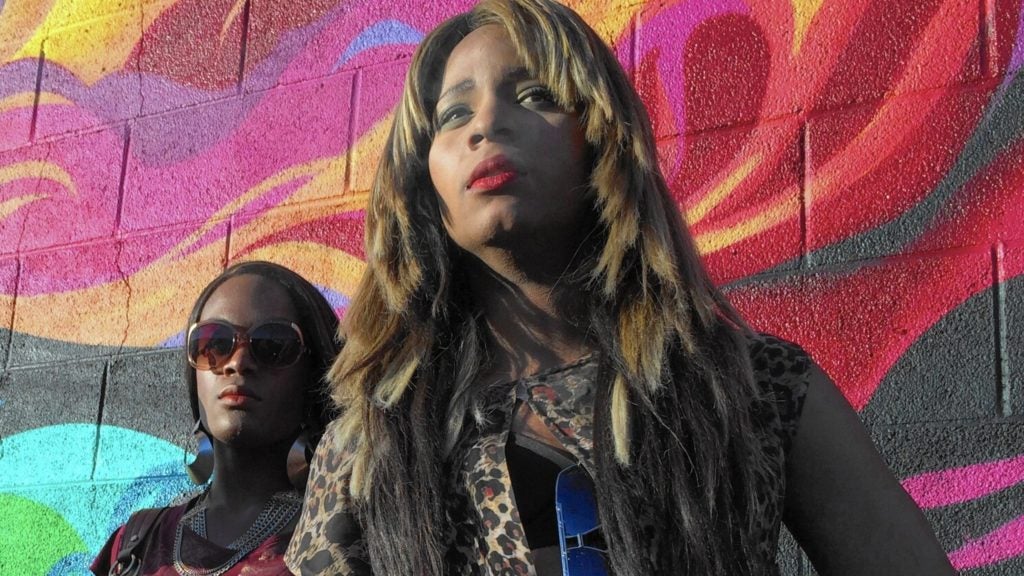 Sin-Dee will not stop until she hunts down the pimp that broke her heart! Filmed entirely on an iPhone 5S, this hilariously raunchy comedy centers on how transgender women sex workers spend their Christmas.

Sub out all the on-screen snow (that we don’t even have here in the Philippines) for the palm trees of Los Angeles. 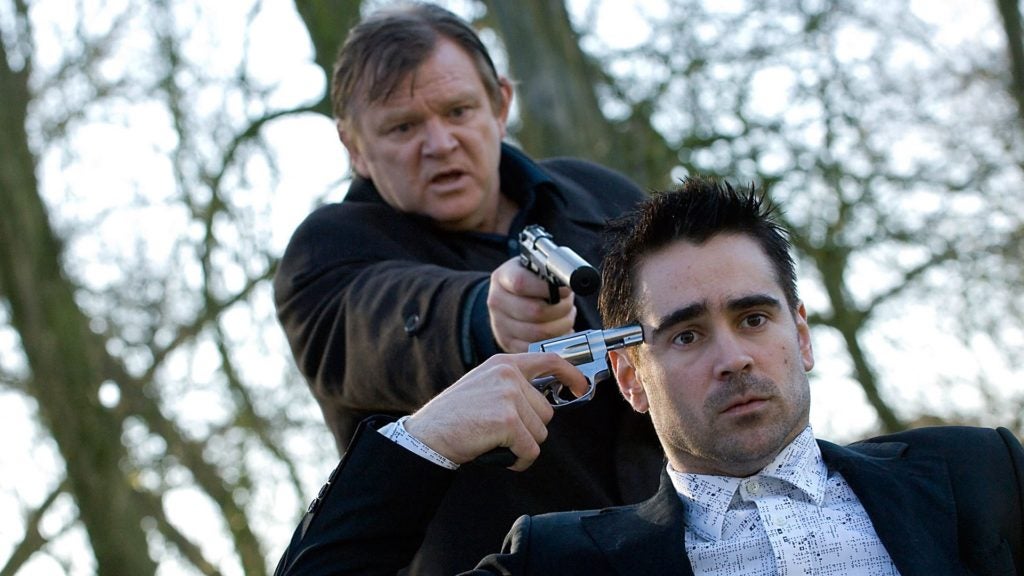 What happens when two hitmen are forced to lay low in Belgium? Blunt and offbeat hilarity ensues, of course!

Colin Farrell and Brendan Gleeson are at the center of this dark and gory action-comedy. See as they recount the steps they took which landed them to where they are, and laugh at the journey. Turns out that action can happen even in the most mundane of places! 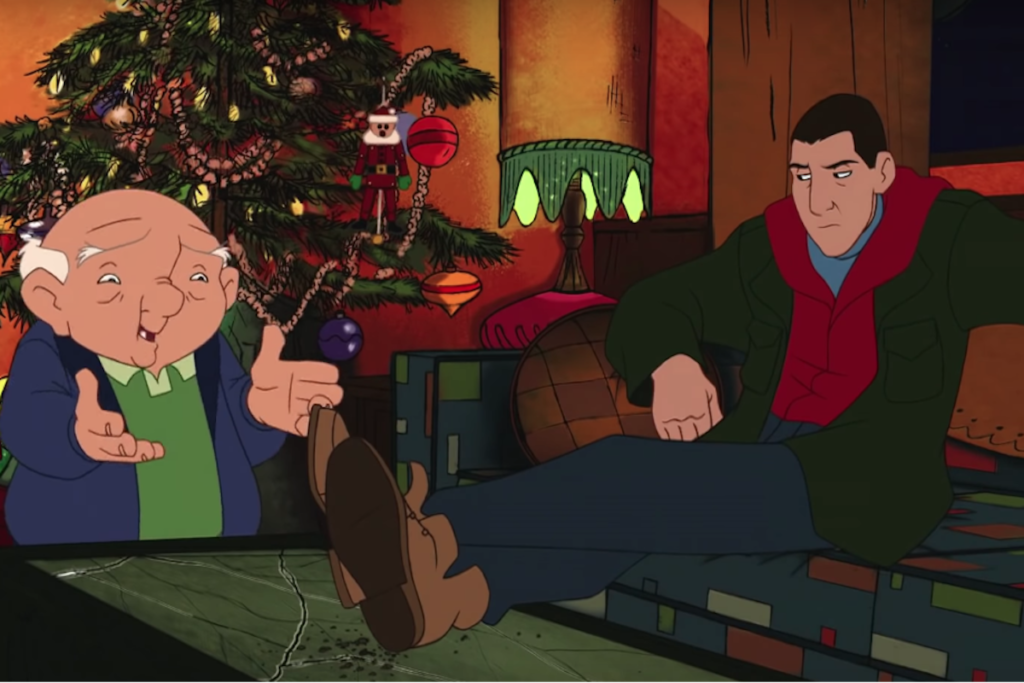 Looking for representation outside of Christmas? Don’t worry, there are people of all cultures who don’t like the holiday season as well.

Don’t be fooled by the animated treatment of this movie, it is definitely not for children. Adam Sandler lends his voice to alcoholic menace Davey Stone who is facing 10 years of jail time unless he chooses to do community service.

Witness his long and arduous redemption arc, filled with Sandler branded humor (some of which may result in the need of a longer road to redemption).

And there you go, hopefully this list will be of some use to you on your next movie night, and may these suggestions bring you some joy this holiday season. 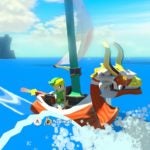 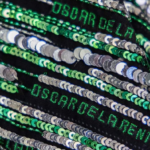