Singapore’s musical icons JJ Lin and Gentle Bones have been taking Asia by storm! At the first announcement for this unexpected collaboration, existing fans expressed their longtime desire for this union to occur, while new regional fans embraced Gentle Bones, excited to discover a new treasure from this collaboration with JJ Lin. The track ‘At Least I Had You’ set many track records, topping music charts from QQ music, Netease, KKBOX, Apple Music as well as on regional radio charts. The track also arrived at an opportune time with Spotify Wrapped, revealing JJ Lin and Gentle Bones to be at the top of Singapore’s Top Artists of 2021, taking first and second place respectively.

The highly anticipated music video for ‘At Least I Had You’ was premiered exclusively on Singapore national television on Channel 5 last night at 7.26pm and released for global audiences on 13 December on Gentle Bones and JJ Lin’s YouTube channel, Gentle Bones’Facebook page, as well as Cross Ratio’s Facebook page.

Fans who attended the Mandopop legend’s two-day ‘After The Rain’ concert were treated with a special appearance by none other than Gentle Bones himself. The latter performed his collaboration track with JJ Lin, and the two were candid about their thoughts on the song. JJ shared the song came during a tough period of his life, and Gentle Bones explained that the song was about questioning their existence, and search for meaning in life amidst challenges and struggles.

Afterwards, Gentle Bones followed up with a solo rendition of his single with local songstress Tay Kewei ‘Don’t You Know Yet?’（你還不知道？).The charity concert attracted more than 400 million views across the globe, having been live streamed on several social media platforms. By the end, Gentle Bones earned himself the endearing nickname of ‘小骨’ which translates to ‘little bones’, given to him as an Mandarin alternative to his English moniker.

About the Music Video

Enhancing the message behind the song, the music video incorporates lamps and mood lighting as key elements to convey a sense of optimism and hope for the future.

Filmed in a $3 million all-marble set, the music video starts featuring both artists performing the song alone, evoking a sense of loneliness. Gentle Bones can be seen playing the guitar, an instrument that he has played since his debut, with JJ Lin on the piano, his preferred instrument throughout his career. For Gentle Bones and JJ Lin, the song had come about after pondering their reason for doing music. Symbolising how the artists were going back to their roots since they first started doing music, the video is a tribute to the people who have accompanied them throughout their long journey as an artist.

That’s not all, fans can also expect more exciting content to come in the weeks following the release of the music video. Look out for more announcements on Cross Ratio’s socials!

The Official Music Video for ‘At Least I Had You’ will be released on Gentle Bones’ YouTube and Facebook page, as well as Cross Ratio’s Facebook on Monday, 13 December 2021. 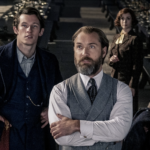 WATCH: First trailer of ‘Fantastic Beasts: The Secrets of Dumbledore’ out now 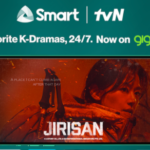