What’s in those “sausages,” “meatballs” and patties made from soy, grain or chickpeas? Salt is definitely one ingredient, it seems. According to a comparative British study published by Action on Salt, there is more salt in these plant-based alternatives than in traditional meat.

A sample of 207 plant-based products — including sausages, burgers, plain poultry alternatives, breaded poultry alternatives, mince and “meatballs” — was selected for comparison with 226 meat products. Three quarters of the non-animal-protein foods had salt levels exceeding the recommendations of the British government, which nevertheless has a program in place to reduce the amount of salt on British plates. 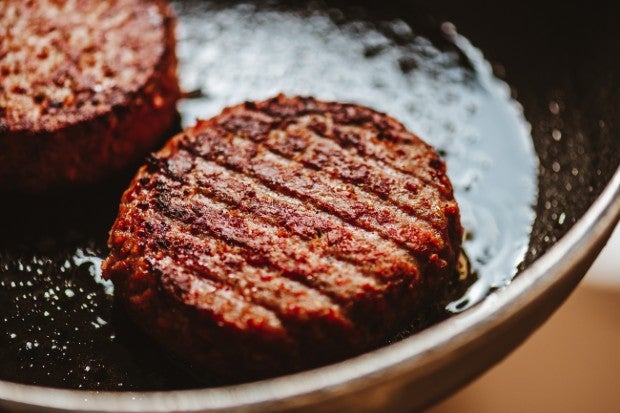 Since 2006, there have been successive initiatives to drive down salt intake over the years. Now, the British authorities are aiming to reach a maximum daily intake of six grams per adult — a very difficult target to reach when Marks & Spencer’s plant-based “No Chicken Kiev” contains 2.49 grams of salt per portion.

The analysis also points the finger at Linda McCartney’s meatballs, which contain 1.1 grams of salt per portion. Per 100g, the prize for excess salt goes to Quorn brand sausages, sold, for example, at Sainsbury’s. For reference, World Health Organization recommendations set daily salt intake at less than five grams.

However, it’s not all bad news, as plant-based alternatives generally have fewer calories, less saturated fat and more fiber than meat equivalents, the Action on Salt study says. JB