Since November 5, the night of the “mass casualty event” that occurred during Travis Scott’s set in Astroworld 2021, 150 lawsuits have now been filed by around 600 people.

These cases have been filed against Scott, other artists that performed, and the organizers of the event. The combined charges equate to more than $3 billion.

The blame has gone back and forth between security, organizers, and Scott himself. Scott has received substantial backlash being the face of the concert and the performing artist while the stampede ensued.

Scott has expressed his condolence, devastation, and regret for what has happened. The artist has also offered to pay for all funeral expenses of the affected families.

His attorney Edwin McPherson mentioned that he was not aware of the situation in the crowds. He explained that stage lights and his ear monitor muddle his senses, “he can’t hear anything, he can’t see anything.”

A spokesperson for Travis Scott has also said that he wouldn’t have had the power to stop the concert even if he wanted to, that it was the call of the executive and concert producer.

These statements did not sit well with people online. Especially considering that he did in fact stop the show a couple of times to let help reach an audience member, although he promptly resumed his performance after.

Some people took to TikTok to counter Travis Scott’s claims, posting videos of other artists stopping their concert performances and ensuring the safety of their audience before continuing.

Korean girl group BLACKPINK asks fans to take a step back from one another for their own safety.

Billie Eilish is seen giving her own water to fainting fans, asking them what she can do to help and refusing to continue until the audience member feels better.

Harry Styles does not only stop the music at his concert but also asks for the house lights to be turned on and asking the audience member if they would like to continue.

These artists repeatedly ask if their audiences are okay, stopping the music and only starting things back up when things are resolved.

Jack Harlow has also been recorded to not only pause his performance but also personally check on the audience member in need to make sure that they are really alright.

According to attorney Robert Mongeluzi, who has represented concert goers who were injured at a 2016 Snoop Dogg concert, “the artist is ultimately the last, best chance of stopping crowd surge and crowd violence.”

While Travis Scott may not be the only person to blame for the stampede, he was definitely in a position to make the audience aware of the situation before things got out of hand.

With all the examples of other artists being able to see and control issues with their own audiences, the claims that Scott didn’t know or couldn’t see/hear what was going on in the audience, have been received with skepticism. 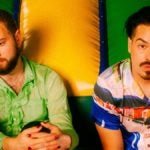 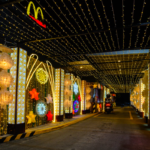