The Astroworld Festival was held at NRG Park in Houston, Texas on Friday, November 5. The event was originally supposed to go on until Saturday, November 6, but had to be cancelled due to an incident that occurred Friday night.

The crowd at the festival on Friday night was densely packed, with about 50,000 people attending the event. According to officials, a little after 9PM, the crowd surged toward the stage as rapper Travis Scott appeared on stage to begin his performance. Since the crowd was packed, the move had crushed people against one another, and at least 8 people died and around 300 were injured in the resulting chaos.

Shortly before Scott’s performance began, the crowd was already starting to compress and some already felt squeezed in. Once the show started, the crowd started squeezing in even more to the point that some concert-goers had begun to pass out or scream in terror as the crowd compressed and people started being crushed against each other.

With such chaos happening at a big event, officials are wondering why the show wasn’t stopped sooner. With ample security and a crew that had communication devices like walkie talkies and headsets, it’s possible that the incident could have been avoided if either the security or crew had noticed what was happening and brought it to the attention of officials who could do something to fix the situation.

As it turns out, some of the concert-goers were aware of what was happening during the incident and had tried to bring it to the attention of the crew, but were either ignored or brushed aside.

Seanna McCarty, one of the concert-goers, shared her own experience with the incident in detail in an Instagram post. McCarty had tried to stop the show by climbing up a platform to ask a cameraman to intervene, but was brushed off. After being dismissed by the cameraman, she went under the platform and dialed 911. After making the call, McCarty bumped into two men in red medical shirts, and with help from two other girls, explained the situation to them.

Officials are currently still investigating the incident and trying to figure out what caused the surge. In a press conference on Saturday, Chief of Police Troy Finner suggested a theory that one of the security officers at the event might have been injected with an unknown drug by an unknown person at the time of the incident. Finner added that they received a report that the officer had been reaching to restrain or grab a civilian when he felt a prick in his neck. The report came from the medical staff that treated the officer.

The investigation is ongoing, so there are still a lot of unanswered questions regarding the incident. Meanwhile, rappers Travis Scott and Drake, event organizer Live Nation, and others are facing lawsuits filed on behalf of concert-goers who claim they were injured at the incident.

Scott has already received heavy backlash on social media because of the incident, with some clamoring to cancel the rapper. People believe Travis Scott to be partially responsible for the incident because he also could have done something to intervene, like stopping the concert altogether. The hashtag #CancelTravisScott trended on social media as netizens urged to boycott the rapper on Spotify.

Went ahead and moved Travis Scott to the do not play on Spotify. #canceltravisscott pic.twitter.com/qEWmVbq8Qf

ITS OUR TIME TO CANCEL AND CENSURE THEM, WE HAVE THE REAL POWER, WITHOUT US THEY ARE NOTHING. #AstroWorld #TravisScott #canceltravisscott pic.twitter.com/MisGmovfLy

Drake posted a statement on Instagram, saying that his “heart is broken for the families and friends of those who lost their lives and for anyone who is suffering.”

Meanwhile, Travis Scott has offered to cover the funeral costs for the eight victims who died at the Astroworld Festival incident on Friday night. The rapper also announced Monday afternoon that he is partnering with BetterHelp to provide free therapy for those affected by the incident. 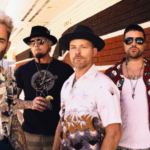 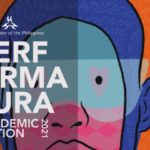