CCP Complex, Pasay – The Cultural Center of the Philippines brings back the Performatura: Performance Literature Festival on November 22, 23, and 24, 2021, with the theme Performatura Pandemic Edition (PPE). This event, now virtual, will as usual showcase poetry readings, storytellings, theatrical shows, dance dramas, musical presentations, and even spoken word competitions, through Facebook live stream and Zoom, under the festival’s director Dr. Vim Nadera, a poet and a performance artist. Kulay Labitigan is also this year’s creator for the official poster and video of Performatura 2021.

Amidst the crisis, CCP remains unaffected in fulfilling its vision and mission of bringing our country’s rich history and heritage, especially in the various fields of literature, performance as well as performing arts. The Performatura Pandemic Edition is a proof that no virus can prevent artists and cultural workers, and culture bearers as well, from gathering together. Such a literary fiesta empowers individuals and communities to use their inner voices and inventiveness, tangible and intangible, to shout out to the world that creativity, still and all, humanizes. Thus, Performatura 2021 is more than just an art festival, it is a ritual for cultural wellness and well-being. 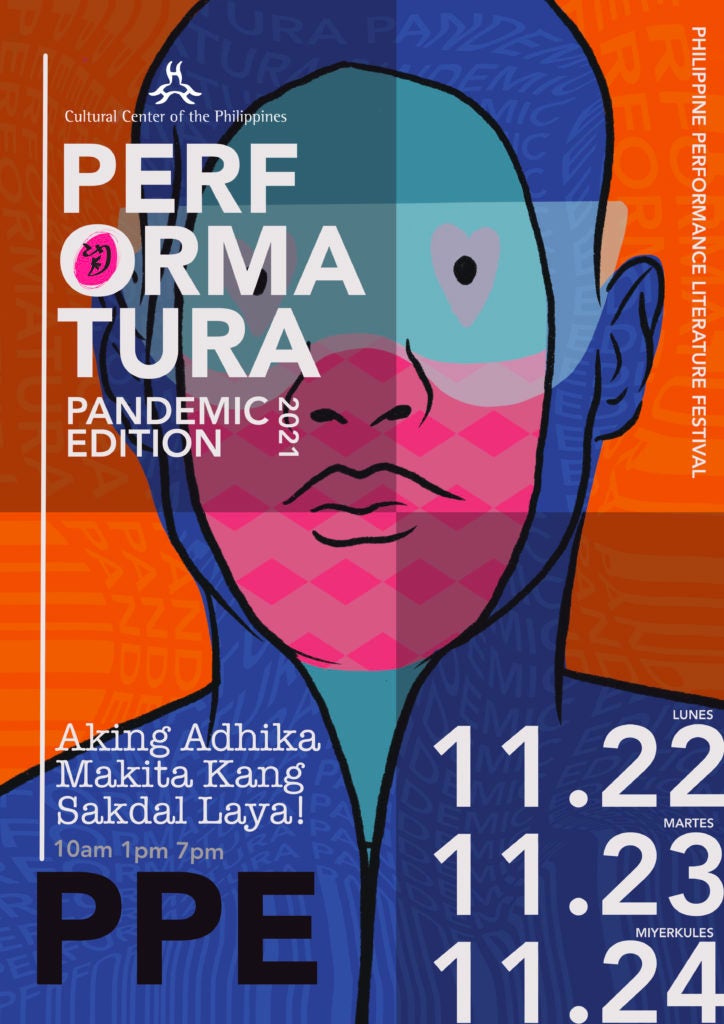 The word Performatura is a mashup of the word performance and orature or oral literature. Orature is a term coined by Ugandan linguist PioZirimu who wanted to raise oral literature to written literature.

On November 22, or Araw ni Huseng Batute, Performatura celebrates the poet par excellence Jose Corazon de Jesus’s 125th birthday. At 10AM, no less than Arsenio “Nick” Lizaso, CCP president and National Commission for Culture and the Arts (NCCA) chair, welcomes everyone – during the pandemic – while waxing poetic about his personal ties with the said first king of Balagtasan. National Artist for Music Ramon Santos delivers his keynote speech about De Jesus’ life as a lyricist.  Music artists from Performatibo Manila, that has been promoting Kundiman, Kuwentuhan, Katuwaan online since 2020, show how his poetry heals both the Filipinos and the Philippines. Jesus Jaime Aguila, the direct descendant of De Jesus, gives his response on behalf of his family. In the afternoon, 1PM-5PM, the finals of the Pambansang Balagtasan courtesy of the NCCA’s Philippine Cultural Education Program in cooperation with the Department of Education. Then the last segment for the day, at 7PM-10PM, features Mike Coroza, Jeanette Job Coroza, Felipe de Leon Jr., and Sonia Roco hosting the special edition of P.L.A.K.A. or Pamana ng Lahi, Arte, Kultura, Atbp. entitled Titik ni Huseng Batute sa P.L.A.K.A.

Lastly, on November 24, dubbed as Araw ng mga Aklat at Akdang Bayan, CCP Board of Trustees Chair Margie Moran Floirendo opens the last day of Performatura. At 10AM, via livestream from Los Baños in Laguna, the National Book Development Board (NBDB) will inaugurate Book Nook, a great concept that realizes reading centers for families living in areas where accessibility in books and the internet are limited. In the afternoon, 1PM-5PM, centers on the epics through Epic Center. Luzon’s Lam-ang, Visayas’ Hinilawod, and Mindanao’s Darangen take centerstage. Directors Ron Biñas, John Barrios, and Christine Ortega and their team modernize or post-modernize the pre-colonial form of literature to the delight of Gen X, Y, and Z – as if chanters are healers. In the evening, at 7PM-10PM, the Philippine Librarian Association, Inc. (PLAI) encourages Filipino library personnel to commemorate the 87th National Book Week.  Tanghal Makata, a nation-wide spoken word contest tackling the theme “Outcomes, Outreach, Outstanding: Library Beyond Boundaries,” awaits the winner who wears the crown created by sculptor Raul “Tata” Funilas and trophy tailor-made for the “Tanghal Makata ng Taon” by artist Sam Penaso. 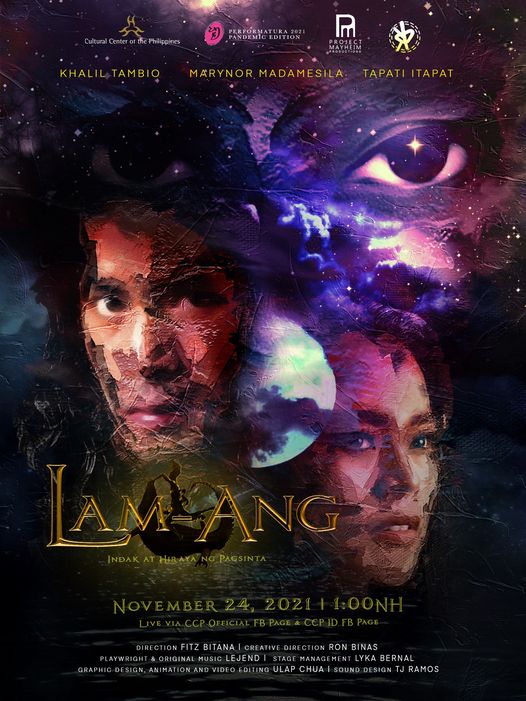 Performatura functions as a melting pot of different cultures in the country. Since creating something from nothing is god-like – art, especially performance literature, can overcome everything, even in the midst of misery. Through Performatura 2021, CCP hopes to unite people in the name of art and strengthen their spirits amidst the ongoing pandemic. 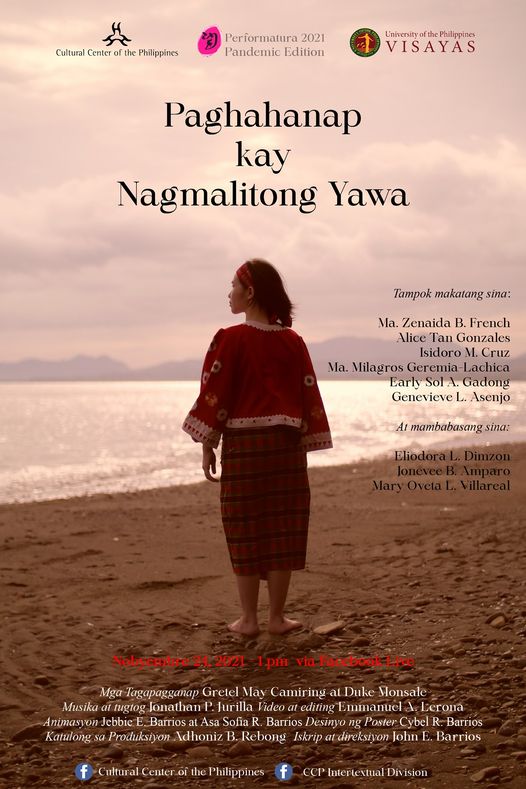 UP Radio Circle’s Elevate returns for its 10th year